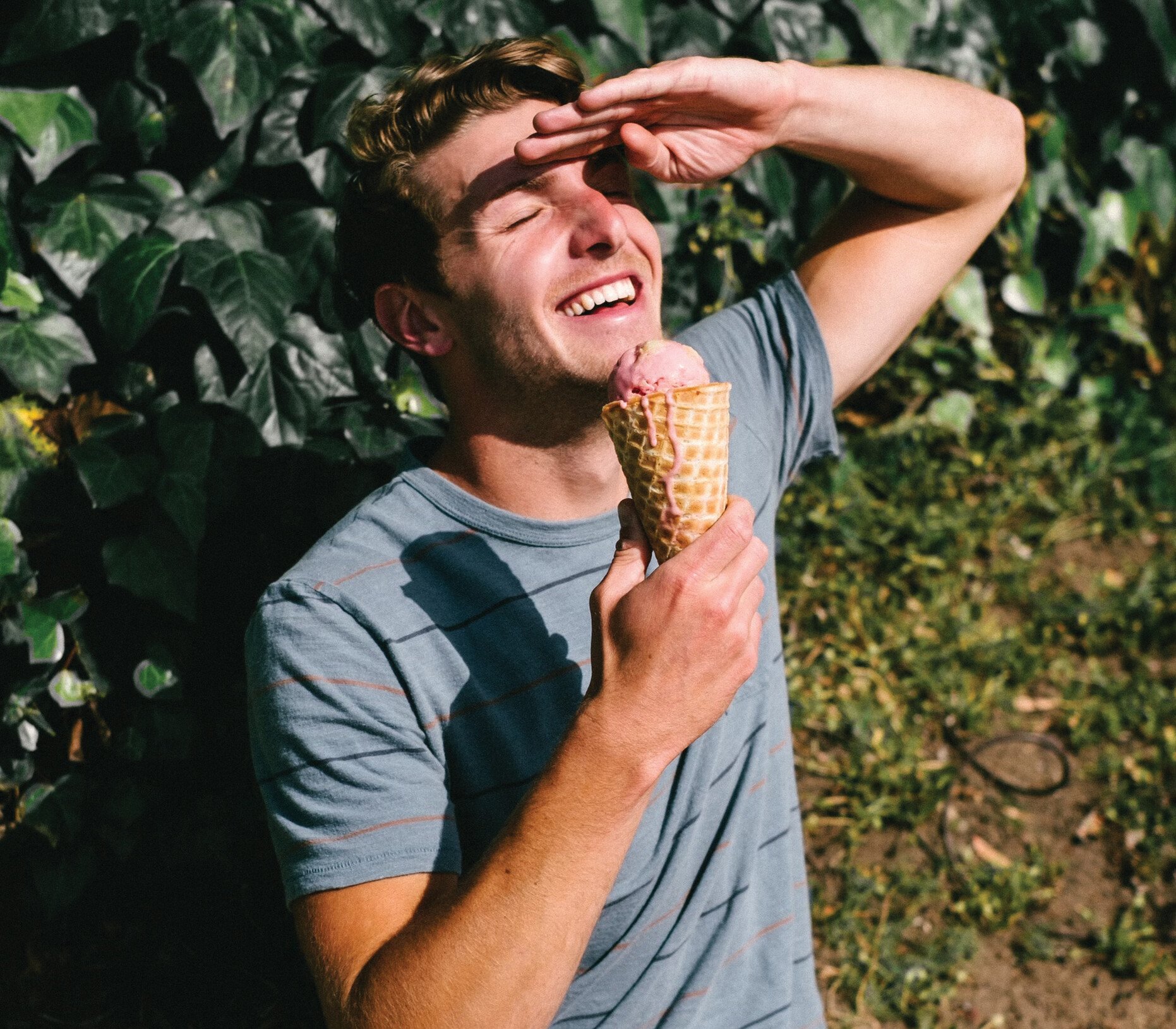 Ice cream aficionados know that while summer cones drip, winter scoops stay frosty for each lick. Local shop lines can stretch for blocks during the warmer months. Maybe it’s time to consider a new season for your frozen treat fix. We caught up with Willie Justus, an ice cream connoisseur and owner of No Coast Creamery, to discuss flavor experimentation, simplicity, failure, vegan donuts, and how capitalism sucks.

The Pitch: What is your first memory of ice cream?

Willie Justus: My mom, grandma, and I used to go down to our small-town Dairy Queen, and we would pick up ice cream and then go sit on this old structure from a dilapidated bridge and just eat ice cream down by the river.

That’s dreamy. It wasn’t so dreamy. Have you ever been to the Illinois River? I would describe it as, perhaps, the opposite.

You have many interesting flavors. What’s your favorite?

For me, it’s always about the chocolate, even though I work with experimental flavors. At the end of the day, I like a simple chocolate ice cream.

Is ice cream an emotional food for you?

I guess it could be emotional and a stress food. Because, like, usually when I’m consuming my own ice cream, it’s like 10 p.m. I’ve worked my day job, I’m here, and I’m just eating random scraps out of the machine at the end of our churn cycle where we’re done producing for the day, and I’m just gonna like shovel way too much ice cream, and it’s fine. 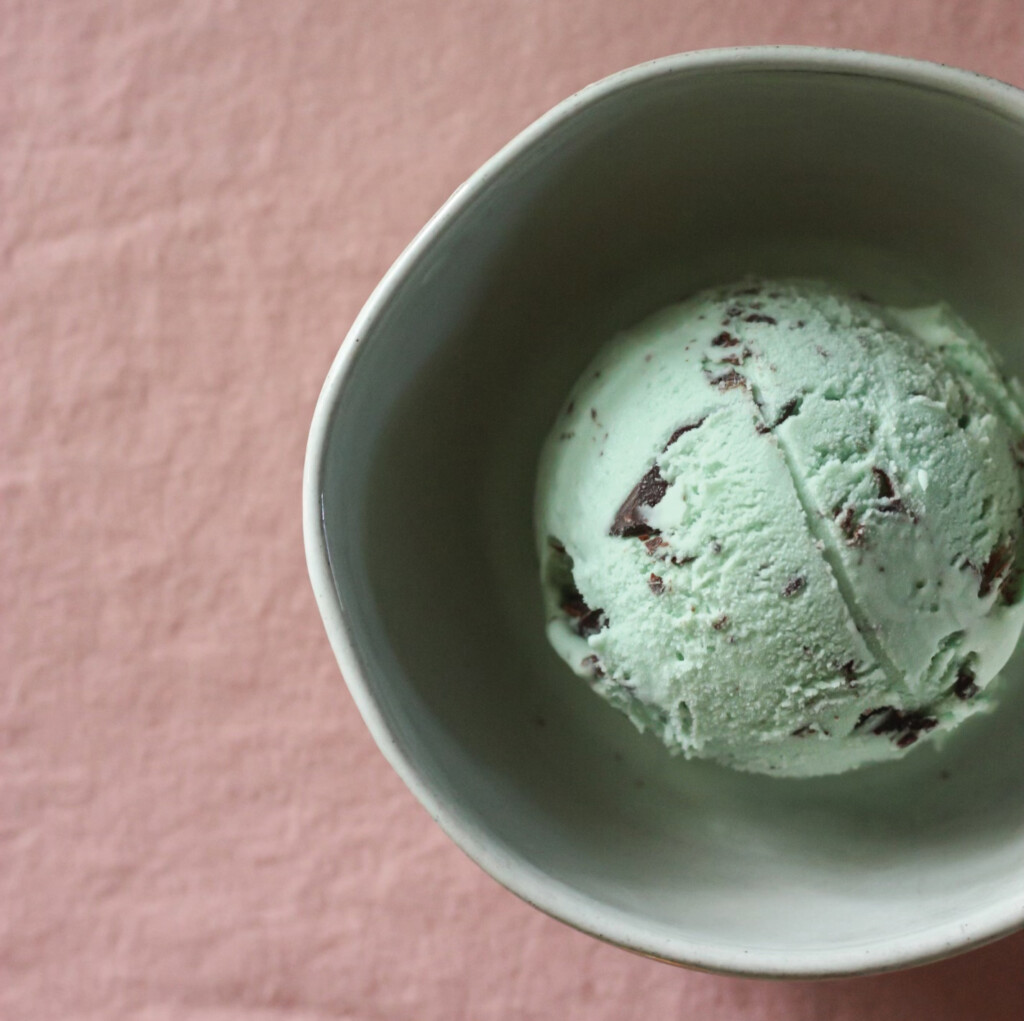 You don’t have any aversions to dairy, do you?

So, actually, this kind of ties in with the whole story. I was mostly dairy-free for a really long time, and my initial goal when starting this was actually to make vegan goods, believe it or not. I’m originally from Peoria, Illinois. And there’s just not a whole lot going on there, really. I had visited some West Coast cities where there’s always so much innovation.

Everything that happens on either coast slowly just, like, trickles into the center of the U.S.—that’s not a diss because I’m a Midwesterner at heart—but I was inspired to make vegan donuts. I made a couple of batches of vegan donuts, and they were horrible. So, I took a step back and thought, “You know what? I’m going to try vegan ice cream.” I quickly learned that ice cream is all about science and needs dairy and sugar. My first flavor was Earl Grey, and it turned out really well. I shared it with some friends, and a few liked it, and eventually, it cascaded a bit and I was making it for more friends.

I was a little burnt-out living in small-town central Illinois and moved up to Madison, Wisconsin, where ice cream kind of went to the back burner until I worked for a chef. He was honestly kind enough to let me put ice cream on the dessert menu, and we did a little trio. Again, at that point, I still didn’t really have any true experience working in a commercial kitchen. I was one of those naive folks that were like, “Oh, I love to cook. I should work in a restaurant.” You know, that’s not necessarily a good reason to work in a restaurant. It’s not the same at all.

When I think back on it, that was so nice of him. He had gone to culinary school; he had tons of experience and multiple businesses. I feel like those are the kinds of people that you really need in the world—the ones that will just see some potential in someone or see some passion and just build on it. He pushed me to do flavors that I never would. He showed me how to freeze things with liquid nitrogen to shatter herbs and infuse them. So, I started producing again and offered a subscription service where you’d get one or two pints per month. But along the way, I was like, “Man, I cannot do Wisconsin winters.”

Do you think Lawrence can incubate artisan businesses? 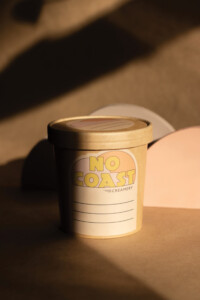 A pint. // Courtesy No Coast Creamery

In all transparency, this is totally my side gig. I honestly don’t make any money from it. Everything that I make is just reinvested back into the company. I often wish that I could just make it a full-time gig because I love the idea of providing something for the community that I’m passionate about. I feel like there should be some kind of support for that in society, and there just isn’t. I particularly think about landlords who own properties that sit vacantly; Lawrence has so many open spaces. You’d think that these people would be like, “Hey, you know what? I want something cool for my community,” but that’s just not the reality of it. And capitalism sucks. Yeah, we’re pretty anti-capitalist—as much as a business can be.

Production and inspiration; how do you find balance?

For a while, I was selling out of a grocery store. It was kind of weird and soulless. It’s tough to just be in there and not interact with any customers and bust out, like, the same four flavors week after week. It felt draining and kind of just made me realize, “Okay, this is not what the company was ever about.” So I had to stop doing that. I have the curiosity of wanting to try every single flavor and try every ingredient that I possibly can.

If you weren’t making ice cream, would you go back to vegan donuts?

I actually did make donuts once this year. They weren’t vegan, but they were pretty good.

There’s an amazing new donut shop in Lawrence—Taylor’s Donuts. It sounds like there’s some kind of future decadent partnership waiting to happen. Could you imagine that?

It’d be pretty awesome. I would eat that. Yeah, you’d probably eat it and then, like, you know, keel over. It would be worth it.