Covid-19 might have pushed the world in a new direction, but many young financial advisors were already headed there. They were already rethinking their values in life as they related to money—while their clients were doing the same. They were already moving to work from home. They were already facing clients on Zoom. Already asking, “Why should I sacrifice my relationship with my kids for my career?” Asking, “Does the money serve me, or do I serve the money?”

Our 2022 “Young Advisors to Watch” list shows that the new generation of professionals are still pondering questions. One advisor went out on his own because he wasn’t satisfied staying away from his three kids and he felt he was pulling extra hours so his former boss could pursue growth for its own sake. Another advisor tried doing accounting for low-income people in Brooklyn after knowing what it was like to do it at a Big 4 accounting firm. Yet another advisor on this list came from St. Lucia at age 7, knowing poverty firsthand, but learned the ropes in tech to help millennials in that space.

Woven through these tales are episodes of advisors asking questions and taking chances. Why not run off with a rock band for a few months? Why not shut down your business to new clients just a few years after launching so you can manage your workload? Why have an office at all? Why not have an inbound marketing plan rather than trying hard to sell yourself to people?

“You can’t make someone want a financial advisor,” says Samuel Deane, an advisor on this year’s list. “The most you can do is be there and be top of mind when they decide that they do. And it’s usually a life event that triggers that action—whether it’s an IPO or a merger or acquisition … or a baby.”

The relationships that younger advisors have with their clients are changing as well.

In the past, says Jeremy Walter, the founder of Fident Financial, people had to establish trust with clients on golf courses and at country clubs. Now, they have to do it on Twitter.

“You have to figure out how you are going to demonstrate your trustworthiness,” he says. “Is it on social media? Is it a blog? You have to have some way of getting the message out to the masses of people who don’t want to get sold something. They don’t want a used car salesman pinging them to make a decision.”

Shane Mason, the co-founder of Brooklyn FI says, “The old school advisors had more of a focus on charisma and personality and the dominance of their geography.” But in the internet age, he says, “you’ve got to focus more on transparent value delivery.”

Shane Mason’s firm has seen astonishing growth since 2018. But his career wasn’t a straight line by any means: This Mississippi native started his career as an accountant in the early 2010s after doing a fast-track program in college. “I didn’t intend to be an actual accountant,” he says. But the program was so fast “before I knew it, I was a CPA at a Big 4 accounting firm at PwC in Austin doing taxes for public companies.” He always wanted to be an entrepreneur, but the corporate accounting grind wasn’t his style. Still, he got a taste of stock options, which would eventually become his niche.

A family tragedy in 2013 (the death of his father) led him back to Mississippi. Rather than go back to accounting, Mason toured Europe with a garage rock band selling their merchandise for a while, then sailed around on a 41 foot catamaran for a couple of months before eventually landing in New York City, where he began a different kind of accounting at a small firm—for families with little money rather than big firms with lots of it.

“You’re sitting across from people that are telling you about their lives. You tell them that their refund is like $8,000 and they only earned $20,000 that year. … I realized that if you work directly with people you can have an impact on them. I fell back in love with the accounting space.” He got his CFP marks in 2015.

He cooked up a side gig, a part-time financial planning firm for the creatives he knew, such as journalists, photographers, editors and videographers. “My friends were asking me tax questions all the time.” That meant at first dealing with a lot of 1099 forms and other accoutrements of the freelance life. “A lot of my friends in their 20s who were creatives started marrying tech professionals. All these tech professionals started coming to me with stock option questions.”

And so he had come full circle—to a new niche. And it was scalable. These people had more income and more willingness to pay for his problem-solving skills. His new full-time firm started in earnest in April 2018 when he partnered with AJ Ayers. They started signing 10 clients a month. After starting from scratch, his firm now handles $130 million in assets for more than 325 client households.

Jeremy Walter bet the farm on his new firm in 2017. A father of three at the time, he had a mortgage on a new house in Southeast Pennsylvania. Yet, a year later, he cut ties with the person who had brought him up in the industry at an affiliate of Securities America for a decade. His old boss was a generous mentor, but Walter thought there was too much focus on nabbing new clients. There were too many 55 hour weeks, Walter says. Walter, now 38, had a practice with values, not asset accumulation, in mind. 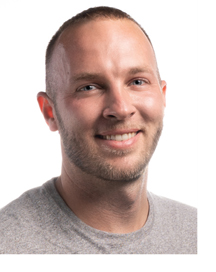 His values were set in place by his own family’s culture shock early on: When Walter was in high school, his father left the family’s thriving business supply company and became a pastor. “His income I think [fell to] one-third. … But I also saw how much more fulfilled and happy my dad was.”

It was that belief in his own concept that got Walter through the locust years of 2017 and 2018, when he had to take money out of his house and retirement to make up lost income. He says he even rejected a buyout plan that would have made him whole.

What helped save him was a simple plan (and search engine optimization). He was the right age for a planner in Lancaster, somebody young enough that clients thought he’d stick around. Those characteristics lifted him to a high spot in internet searches. By 2020, a bad year by anybody’s standards, Walter was thriving, and by 2021 he was able to stop taking new clients altogether. He now has 75 households.

One of his methods is called the “One Page Financial Plan,” taking from Carl Richards’s book. Walter gets his clients’ values, debts and dreams down on one page as a beginning to a relationship. He does a half hour discovery call with clients for free, letting them know they can go elsewhere. (They usually follow up with him after they hear that.) He’s even teaching his own course on the “One Page Financial Plan” now. Walter also says his Christian faith is driving his entrepreneurial spirit. “As a Christian, we’re created in the image of God and one of the ways that image bearing bears fruit is this desire to create,” he says. (And he now has four kids!)