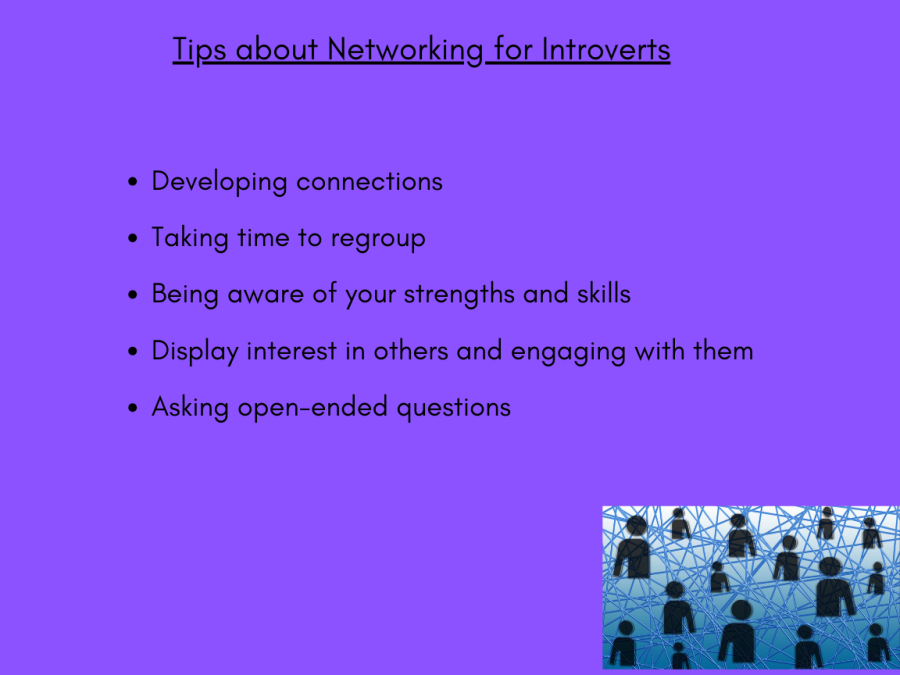 Canva Image made by Gabriella Groves

An online event was held through Zoom called Networking for people who hate networking on Friday. Internship Developer for the Work Experience Program Cameron Whitfield speaks about networking tips for introverts.

An online event was held on Friday through Zoom called Networking for People Who Hate Networking.
Internship Developer for the Work Experience Program at Cosumnes River College Cameron Whitfield hosted the event.
“Networking is really about making those personal and professional connections and yes, most commonly which is true is to think about networking you know finding that next opportunity, job, or internship,” Whitfield said.
Students were asked to sign up for the event on Handshake, which is a free website that keeps students up to date with events on campus and employers.
The workshop was designed to look at networking through the three types of temperament, which include introverts, extroverts and centroverts with an emphasis on introversion in networking.
Whitfield said he has done a lot of research into this topic and that he could go on about it for hours.
“I am a huge introvert myself and it took me a long time to learn about what introversion is or you know thinking that there is something wrong with me and then finding out (about introversion) really changed my outlook and perspective of myself moving forward,” Whitfield said.
Throughout the Zoom meeting, Whitfield suggested tips that students can use that will help them out when it comes to networking.
“A pro tip for introverts (is that) you want to be aware of what your skills and strengths are,” Whitfield said
Some other tips that Whitfield mentioned include developing those connections displaying interest and asking open-ended questions.
Whitfield also mentioned strategies that students can use to help them when it comes to networking.
“The first is preparing,” Whitfield said.“(Preparing) is a great place where introverts shine, but also if you are generally anxious about networking, always having a plan can give you focus and reduce stress and it is a great first step,” Whitfield said.
Whitfield said when he meets with students, he talks about being intentional with them so that way they know what their purpose is for whatever they are doing whether it is for an event or an interview.
“Ensuring that the outcome is within your control will (help) you set yourself up for success by putting it into context: how do you put yourself in a situation where you feel confident in engaging with an employer?” Whitfield said.
Other strategies include percolate and pacing, which can help students by going beyond the surface level, giving meaning to conversations and going back to preparing.
Networking goes beyond more than making those personal and professional connections, Whitfield said.