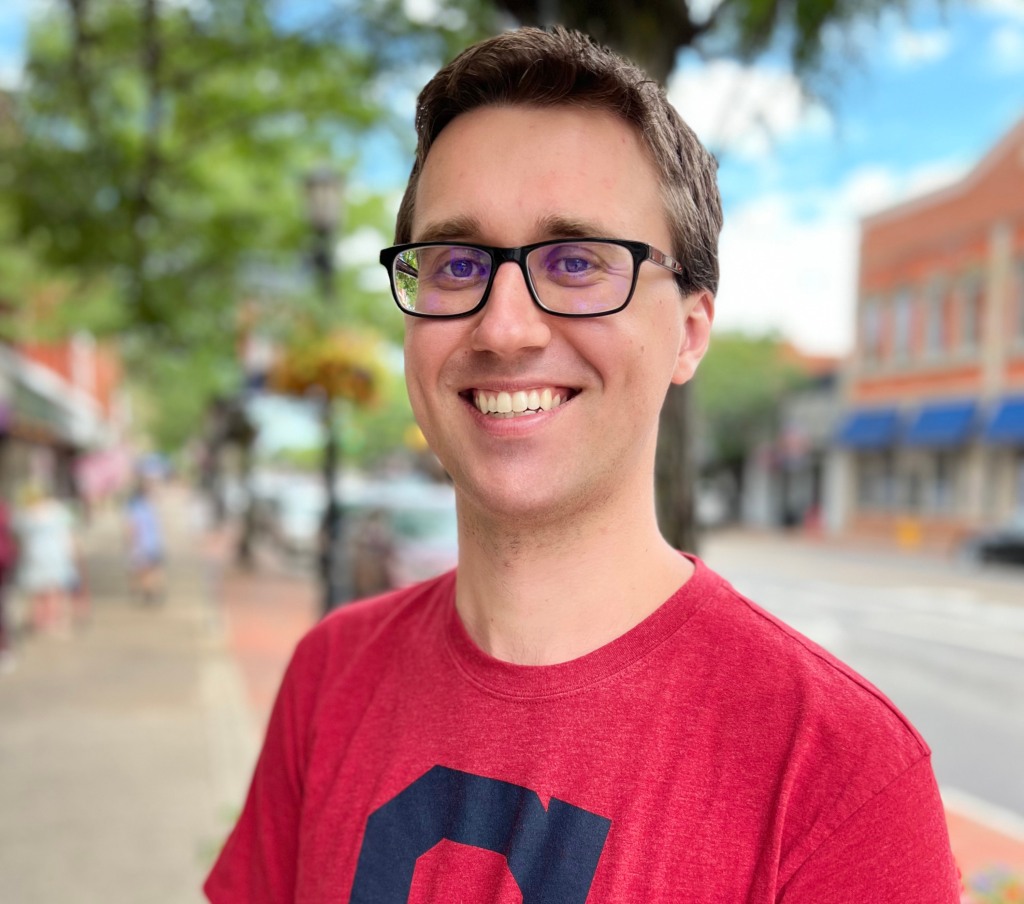 The late Gerald “Jerry” Cook was not only a lifelong friend to Nathaniel Urban and his family, but a mentor who taught Urban everything there is to know about photography.

Currently, Urban’s business address is his home address, he said.

“All sales are online, so I can do this from my own computer,” Urban said.

Cook was a 1976 Willoughby South High School graduate. Prior to starting Legends Sports Photography, he studied photography at the Art Institute of Pittsburgh. When Urban was 12, his mother began working for Cook and continued to work for him for the next 18 years.

“It was her side gig and it was my first job as well because mom worked for him,” Urban said. “He would let me take a camera and photograph my brother’s baseball team. My brother did sports all his life, so I would just borrow one of Jerry’s cameras and take pictures because I thought it was so much fun.”

Nothing made Urban happier than having a camera in his hands, photographing his brother’s baseball team, capturing a ball in mid air as a pitch was being thrown or dust flying in the air from someone sliding into home plate.

“I was immediately hooked on taking pictures,” he said.

Since Cook never married nor had kids, his friends and others would take photos for him.

“He was the reason that my mom was able to buy Christmas presents some years because times were hard,” Urban said.

Cook always referred to Urban as his “grasshopper,” Urban said, and was hard on him at an age when he needed that.

“Show up on time,” he recalled. “If you’re out the night before, you still come to work and do not take crap pictures. Jerry very much made it clear what a good picture is, how to have a good work ethic and how to support your local community.”

In addition to falling in love with photography, Cook made Urban fall in love with his hometown — Willoughby. Urban lived out of state for a few years, but when he came back to Willoughby, everything came full circle, he said.

“Jerry had a terminal cancer diagnosis and it was right as I moved home last year,” said Urban, who played around with the idea of starting something small to repay everything Cook taught him and to serve the community.

It was the day after Cook died that Urban got the approval for Jerry’s Sports Photography, the trade name for Ohio. Now, aside from working full time at the Great Lakes Brewing Company in Cleveland, Urban takes photographs that may be hung on refrigerators for years to come and photographs that come back out at high school graduation parties.

Relationships and customer service are key things Urban has learned from Cook and implements them in his own business. Delivering a good product in a timely manner is another key takeaway from Cook, Urban said, and love for Willoughby.

“Jerry loved Willoughby so much and so much that his dog was named Willoughby,” Urban said. “Jerry had an office in town and it’s where my high school graduation party was and my brother’s. Anytime you needed something, Jerry would offer it to you. He wouldn’t expect anything in return and never wanted his generosity to be public.”

In terms of photography, Urban has learned that he has a similar eye to Cook’s.

“Aside from sports, Jerry loved nature and history, so he visited national parks multiple times,” Urban said. “In terms of Ohio, he loved the covered bridges. Him and I, and some other friends went to photograph the fall colors, so there was a lot of natural beauty in Ohio and across the country that Jerry liked to capture. Nature photography is something I fell in love with.”

Much like what Urban does now, Cook always did sports-related, picture day photos. From the years he would take pictures with him, Urban took note of Cook’s attention to detail.

“Jerry had a 30-year reputation in Willoughby just from photography he had done,” Urban said. “I would like to build something similar. One thing that Jerry’s friends said to us is, ‘We’re creating memories for people, that magnet on the fridge or that photo that goes to grandma that sits on the coffee table. You don’t realize how far those photos go.’ I never thought of it that way. To me, it was just pictures, but it’s so much more.”

A short term goal for Urban is creating a presence on social media. For the long term, he does not see himself leaving Lake County.

“It’s very much word of mouth right now,” Urban said. “I don’t have a website yet or a Facebook page. I do have a logo a local graphic designer made and a business card, and work I’ve done with Perry and Willoughby already. It’s just something I’m doing to honor Jerry and I adjust my schedule to accommodate. If it turns into anything more, fantastic, but for right now, being a small business owner is still new to me.”

Even though it’s challenging to schedule photoshoots due to second shift hours at Great Lakes Brewing, Urban still has a passion to serve Northeast Ohio.

“What I love at my core is serving Lake County and Northeast Ohio,” he said. “Time away made me fall in love with home.”

For inquiries, people may reach Urban via email at nathanielurban27@gmail.com.