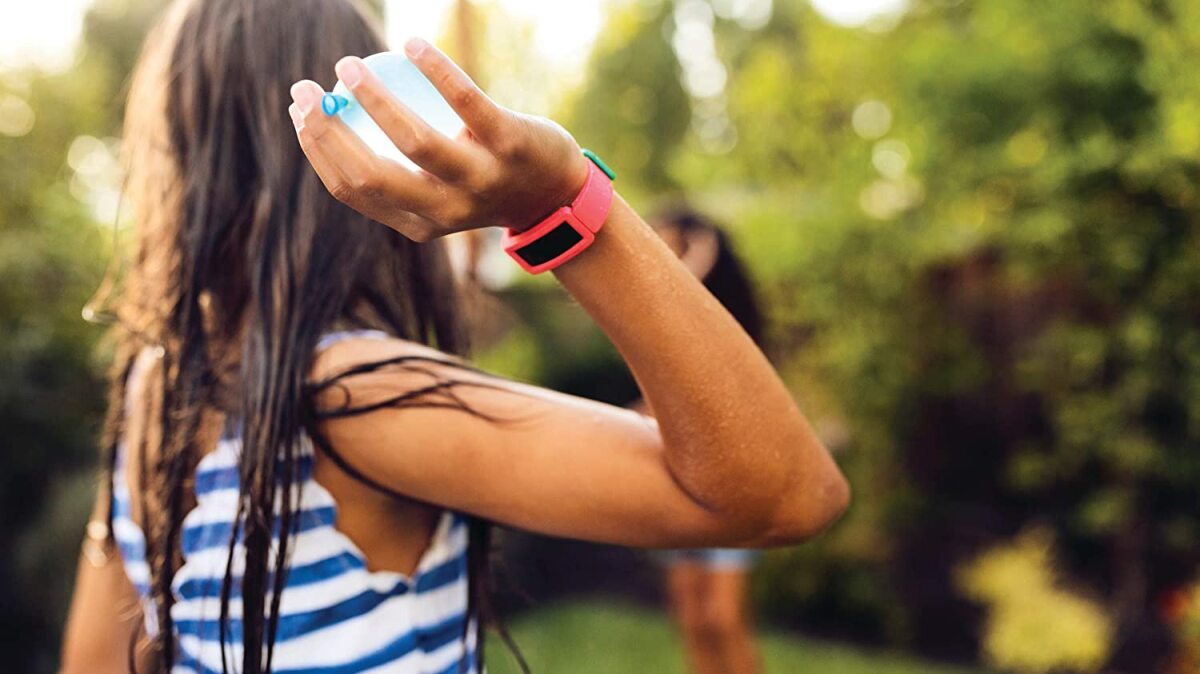 The percentage of kids who have a smartphone grows by the year: As of Oct. 2019, over half of kids have their own phones by age 11 (compared to ages 13 and 14 over the past few years). Kids seem to start begging for their own phone as soon as they can talk (or at least it probably feels that way to parents who are always handing their phone over to keep a kid quiet and occupied). In some ways, your child having a phone on them at all times can alleviate some serious worries about location and communication, and educational TV shows on a tablet are a handy distraction when parents need some peace and quiet.

But though parental control software exists for this exact purpose, a parent’s worries about internet safety, cyberbullying, and screen time might outnumber the reasons for a young child to have a cell phone or tablet.

But just because your kiddo isn’t ready for a phone or iPad doesn’t mean they can’t have any tech. Kid-friendly smartwatches let parents stay in touch with kids while they’re away from home, and most are equipped with GPS to keep tabs on a kid’s whereabouts without having to send a “Where are you?” message. Unlike smartwatches for adults, kids’ smartwatches don’t promote social media sharing and usually don’t have the option to get on the internet at all, so screen time isn’t as much of a concern.

Why a Chromebook is the best laptop choice for your kids

For kids, the freedom that comes with having their very own connected device — and potentially more leniency when it comes to doing things unsupervised — is pretty priceless. The fact that they can flex their Apple Watch-like bling around their friends is an obvious bonus.

Some kid watches are also great tools for establishing a daily chore, homework, or bedtime routine. Parents can use the app to set daily reminders like “brush teeth for two minutes” or “read for 15 minutes before bedtime,” then sprinkle in some leverage by scheduling a reward after. Kids can cross stuff off the list with the help of a built-in stopwatch or by setting their own alarms. Activities that are typically mundane are suddenly a lot more fun when an animated celebration, badges, or sibling leaderboard competition are involved (and when a parent isn’t doing the nagging). When healthy habits are established early, they can carry over into adulthood (when deep-rooted bad habits are typically harder to kick).

What to look for in a smartwatch for a kid

GPS will be the biggest deciding factor for parents looking into smartwatches specifically to keep track of kids with busy schedules. True smartwatches (like the Verizon Gizmo) act more like a cell phone in the sense that parents have a live tab of a kid’s location and the ability to text and call. Wearables focused more on fitness tracking (like the Fitbit Ace 2) may skip location services altogether, as well as the option for any two-way communication. Don’t feel like messing with an app at all? There are standalone smartwatches that are ready to go without any invested setup.

Letting kids know that you can see their location can foster mutual respect and help with parental boundaries.

Watches focused on physical activity do have their advantages, though. Parents worried about screen time will appreciate the way that smart fitness trackers are not only a less web-based device than a smartphone, but that they actually encourage kids to get up and moving. Kids can check their step count for the day or get a reminder to stand up for a few minutes, but the most fun part is easily the on-screen celebration when a daily activity or sleep goal is met. Settings can be tweaked in the parent app, but having a kid set their own alarms or follow their own activity rules could be a great way to assume some responsibility.

A smartwatch might be replacing the need for a whole phone or tablet, but that doesn’t mean entertainment is completely off the table. Some watches geared toward younger children have games from math and numbers challenges to augmented reality mysteries, and a camera with funny face filters might pop up, too. For such a small screen, the resolution is surprisingly clear and more than enough to keep kids busy in line at the store, in the waiting room, or in the car.

Things will go a lot smoother when your kid is in on the plan. If you do end up opting for a watch with location tracking or GPS boundaries, letting them know that you can see their location can foster mutual respect — even if that respect is unspoken and initially met with opposition.

Here are the best smartwatches for kids in 2021:

Veterinary telehealth service Vetster launches in the UK, post expansion in the US – TechCrunch

Networking as a First-Generation Student Can Be Hard. Here’s How to...