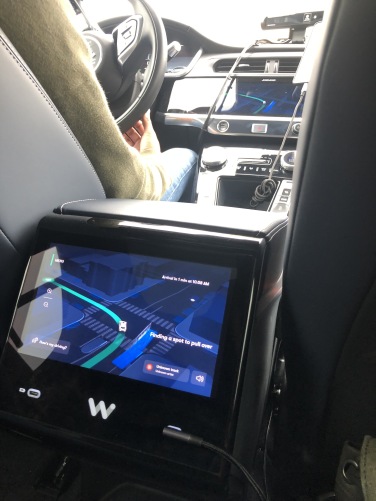 Just when you thought there were too many self-driving cars being tested on the streets of San Francisco, get ready for even more, but with passengers.

Alphabet-owned self-driving company, Waymo, on Tuesday became the first taxi operator to offer autonomous rides to the public in SF. Waymo first started at Google before spinning off on its own.

While Waymo’s autonomous taxi service called Waymo One has been operating in the Phoenix, Arizona region since the end of 2018, the rides in a sensor-loaded Chrysler Pacifica had only been available in the desert suburbs until now.

In San Francisco early riders will be able to book a robo-ride through the Waymo app, but the rides will be free. Waymo is not yet permitted to charge for the experimental rides. Think of it as joining the beta testing group for the Level 4 autonomous system that can drive without human intervention in most scenarios.

Unlike Arizona’s fully autonomous rides, a safety driver — a position Waymo has dubbed “autonomous specialist” — will still be in the front seat, monitoring the car as it makes it way through San Francisco’s notoriously steep hills and narrow streets. Eventually, Waymo plans to transition to a fully driverless experience.

Because of the pandemic, there’s a thick plastic partition between the front seats and back seats. Waymo also provides wipes and hand sanitizer.

Another difference between Waymo’s new endeavor and the told Trusted Tester program in Arizona is choice of cars. Instead of modified minvans, Waymo will use its fleet of Jaguar I-Pace electric vehicles.

I rode in one of the white, Waymo-labeled I-Paces in SF’s Sunset District on the western side of the city, which falls into the service area where the cars will operate. The cars won’t drive in the densest parts of the city, including downtown, Civic Center, the Mission, Chinatown, or along the Embarcadero.

Where you can ride in San Francisco.
Credit: Waymo

After ordering my ride from the Waymo app (much like the process of ordering a Lyft or Uber ride), a Waymo appeared with a driver in the front seat. For the next 15 minutes we drove around the residential streets of the outer Sunset, making the occasional stop to see what it’d be like to use the taxi service to run errands or drop off friends. (At the start of the rollout, only family members of the selected early testers will be allowed to join the autonomous rides. Sorry, friends.)

A screen in the backseat showed the route, and offered a peek at what the car was “seeing,” including not just the road, but pedestrians and fellow cars. You can also follow along (and control the music that plays in the car) through the app. 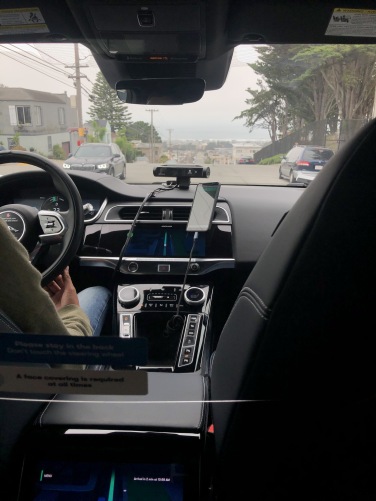 The only issue occurred on one of the many two-way stops in the area. A white Tesla didn’t realize the Waymo had the right of way and barreled into the intersection. The safety driver took over driving briefly to make sure the Tesla stopped and we could continue through, even though we didn’t have a stop sign.

Other autonomous car companies like, General Motors-backed Cruise, test on San Francisco streets, but the public hasn’t been able to take rides in those vehicles yet. Instead residents have become accustomed to different vehicles from Cruise, Zoox, Waymo, and others.

To become an early Waymo One user, you can apply through the app, which is available for iPhone and Android users.

‘Succession’ quietly broke an unofficial record once held by ‘The Office’

Up to 35% off Instant Pot, Instant Vortex