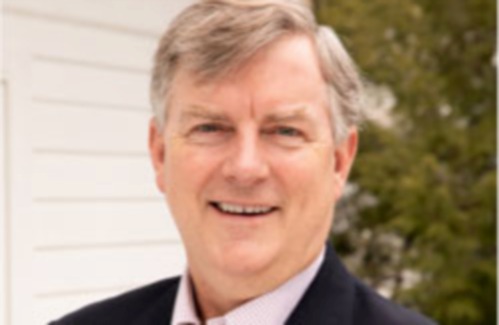 WOODSTOCK — The Woodstock Inn & Resort, the luxury hotel and anchor of the village’s economy, has named marketing and business development chief Courtney Lowe as president, with management oversight over all operations.

Lowe, a longtime hospitality industry executive who joined the Woodstock Inn in 2010, is taking over the president’s reins from John Hallowell, who will segue to focus on “strategic matters” and forging a closer working relationship with sister organization Billings Farm & Museum to enhance education programs, the Woodstock Resort Corp. said in a news release.

The profit-making Woodstock Inn and nonprofit Billings Farm both fall under the umbrella of The Woodstock Foundation, a nonprofit founded by the late philanthropists and Woodstock seasonal residents Laurance and Mary Rockefeller.

Hallowell, in a statement, called Lowe an “outstanding leader who has contributed significantly to the resort’s success over that time and helped navigate it through the most challenging year in our 50-plus-year history” and described Lowe’s promotion into the top operating post as a “well-earned advancement.”

As president, Lowe, 56, will oversee the resort’s 142 rooms and suites, where rates can run between $600 and $1,000 a night on the holidays, in addition to the Suicide Six Ski Area, Woodstock Country Club, the Athletic Club, the spa, Kelly Way Gardens and five dining venues.

Paul Ramsey, an 18-year veteran at the resort, will continue as general manager.

The Woodstock Inn employs about 300 people, but the payroll can swell to 400 employees at peak season.

Hallowell, named as head of the new senior management team in 2018 in the wake of former general manager Gary Thulander’s departure to the Chatham Bars Inn on Cape Cod in Massachusetts, will keep the managing director title. But he is returning to live in Florida, Lowe said in an interview on Thursday.

The hospitality industry has been one of hardest-hit in the COVID-19 pandemic, but Lowe said bookings are on the rise again this summer as more people become vaccinated.

“There’s pent-up demand for leisure travel, especially June through the end of the year where we see a very good pace that rivals 2019, which was a record year,” Lowe said.

He said the conference business is also starting to come back, “although in smaller groups than before,” he said.

A native of Englewood, N.J., and graduate of Ohio Wesleyan University, Lowe initially tried his hand at banking before landing his first job in hospitality at a resort in Stowe, Vt., and later moving on to two separate stints at the Equinox Resort and sales and marketing positions at resorts in Virginia and Massachusetts.