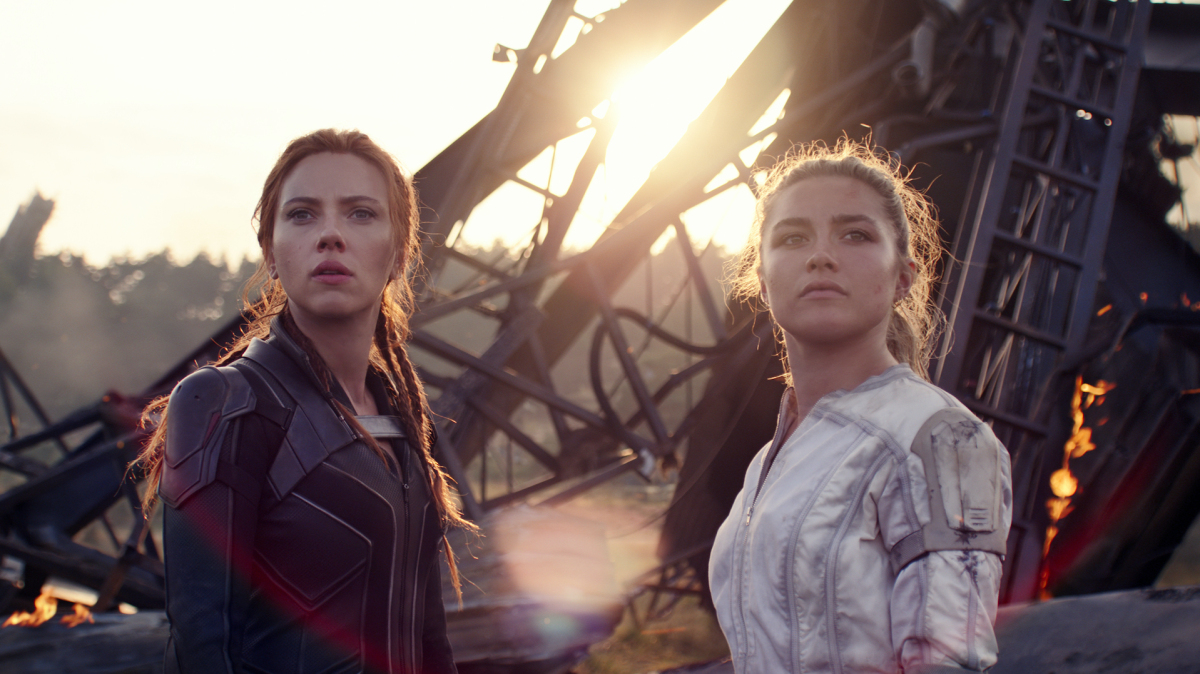 Black Widow is now in theaters and on Disney+ with Premier Access, and it’s an action-packed film worthy of Natasha Romanoff herself.

Though it’s more of a standalone story than any other Marvel movie, Black Widow does spend its last moments setting up the future of the MCU in more ways than one. The post-credits scene shows Yelena (Florence Pugh) visiting Nat’s grave after the events of Infinity War and Endgame when she hears a theatrical sniffle next to her.

Enter Val, a.k.a. Contessa Valentina Alegra de la Fontaine (Julia Louis-Dreyfus), in her first scene since The Falcon and the Winter Soldier episode 5. She offers Yelena a chance to seek vengeance against the man who she says is responsible for her sister’s death: Clint Barton. (As anyone who saw Endgame knows, it’s a bit more complicated than that.)

Dreyfus was rumored to be in Black Widow prior to her Disney+ debut and this scene confirms it. Before the coronavirus pandemic led to movie delays and Disney reshuffling its slate, Black Widow would’ve been out long before Falcon and the Winter Soldier, making it Val’s introduction to the MCU. We don’t know if Dreyfus filmed more scenes or a different version that better establishes Val within Widow, because there’s barely any exposition in this one.

running into her new show like
Credit: Courtesy of Marvel Studios

What we get establishes a thin but intriguing connection between Disney’s upcoming Hawkeye series and Falcon and the Winter Soldier. It stands to reason that Val is putting together a team — but why? At the very least, Yelena and John Walker (Wyatt Russell) now have the same boss, beef with Avengers, and plans that go against what, let’s say, world governments and Nick Fury would want.

Speaking of Fury, he and Val have a past in the comics, which may or may not come to fruition in the screen universe. Black Widow in particular shows just how much the MCU can innovate and rethink source material, like with Taskmaster and Yelena’s backstory. In Marvel Comics, both Val and Taskmaster have a past with S.H.I.E.L.D., and Fury’s character is gearing up for Secret Invasion on Disney+, an epic intergalactic crossover battle.

The Hawkeye lead-in is the most intriguing. Pugh’s involvement with the Hawkeye series was confirmed in late 2020, and we’ve known for some time that Yelena is supposed to become the new Black Widow. But the revenge element adds a new thrill.

Clint Barton was Natasha’s closest friend, one who would have as easily died to save her on Vormir in Endgame — but how much of that does Yelena know? Does she even care? Clint killed a lot of innocent people before Endgame when he played dress-up as Ronin — something the Disney+ series is set to explore — and he’ll have to reckon with that past in the series while also setting up Kate Bishop (Hailee Steinfeld) to be the new Hawkeye.

Setting aside the franchise of it all, Black Widow’s post-credits scene offers a quiet but moving memorial for Nat in a way that Endgame never did. This character has been with us since 2010’s Iron Man 2 — longer than Thor or Captain America or Mark Ruffalo as The Hulk. Even without her own movie, she left an indelible mark on the MCU, a mark which Endgame wasn’t able sit with quite enough while it also contended with defeating Thanos and effectively mourning Tony Stark.

Pugh’s performance and the spareness of the scene manage to speak to all of this without any words. Throughout her life, Nat deserved better. She deserved her agency, her happiness, her family (families), and after everything she’s done — good and bad — she deserves at least to be recognized for her role in saving the world. There was no one quite like her, and Yelena knows it.

Black Widow is now in theaters and available with Premier Access on Disney+.