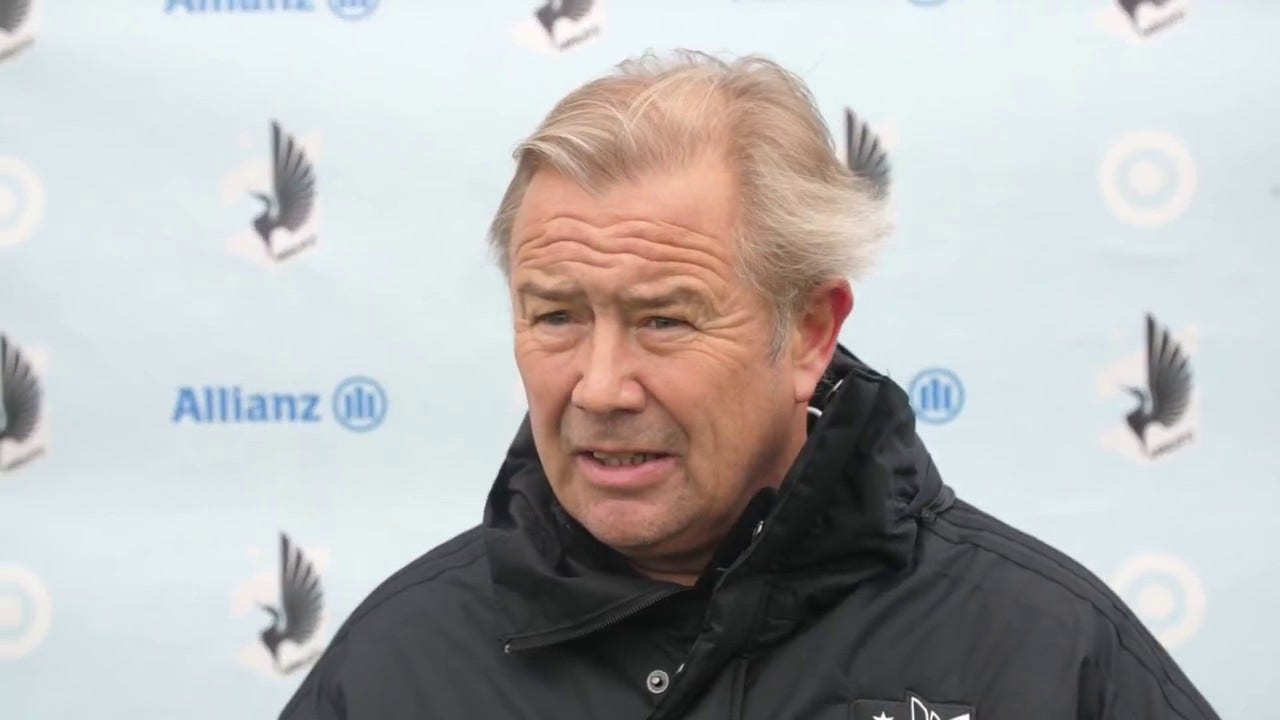 MINNEAPOLIS – Minnesota United was on the verge of franchise history just four months ago, leading Seattle Sounders FC 2-0 in the second half of the Western Conference title game.

We all know what followed: The Loons ran out of gas, Seattle Sounders rallied and Minnesota sports fans witnessed another epic collapse in a 3-2 loss. The Loons, on the verge of making their first MLS Cup title game, couldn’t hang on.

MLS on FOX is back this weekend

The beginning of the 2021 MLS season takes center stage this weekend on FOX and FS1.

Minnesota United has turned the page to 2021, and they’ll start the season where last year ended, in Seattle Friday night against the club that ended their 2020 season in heartbreak. For some, it’s unfinished business.

“Exactly. That’s how we feel. With the way it ended last season, we have something to prove to ourselves and to them as well,” midfielder Jan Gregus said. “So, hopefully, it will go our way this time.”

While Friday night’s match isn’t a playoff scenario, it can help set the tone for the season. Adrian Heath already likes where the club is at, and they haven’t played a match that counts in the standings yet.

The Loons weren’t scheduled to start preseason training until March 8, but players reported to the Twin Cities early enough to quarantine and start working out a week ahead of schedule. For about the last month, they’ve been in Florida training and played friendly matches to get ready for the 34-match regular season schedule.

The team returned to the National Sports Center this week for their final training sessions before heading to Seattle for Friday’s season-opener. The Loons are entering their fifth season in Major League Soccer, and they’ve already gotten a taste of being at the top.

“The attitude of the players has been spot on since day one, the atmosphere within the group has been excellent and that commitment to everything that we’ve asked of them has been first class,” Heath said.

There has been roster turnover, but many of the key pieces who were involved in last year’s run are back. That group includes defenders Bakaye Dibassy, Michael Boxall, Romain Metanire and Chase Gasper. The Loons also added Jukka Raitala in the offseason.

They’re steady in the midfield with Gregus, Ethan Finlay, Ozzie Alonso, Emanuel Reynoso and Robin Lod back, and they added veteran D.J. Trapp. Keeper Tyler Miller is back after dealing with injuries most of last season, and he’ll compete with Dayne St. Clair to start in net Friday.

The storyline can’t be ignored. Friday is a rematch of last year’s Western Conference final. But Finlay doesn’t see it that way.

“For me this is the start of a new season, this is week one of a new season. It’s a different team for us, it’s a different team for them, but it’s always a great place to play,” Finlay said. “But for me there’s nothing left over because there’s still another game, there’s still what ifs and we didn’t get it done there and that was obviously extremely disappointing and you hope that some of those scores will motivate guys who were there to go get three points and start our season off with a winning streak.”

The Loons will return home April 24 to host Real Salt Lake in what could be the first match with fans at Allianz Field since the 2019 season. There were no fans last year, due to the COVID-19 pandemic. Under current state guidelines, Minnesota United could have up to 5,000 fans at that game. Allianz Field holds up to 19,400.

Minnesota United gets a great first test Friday night, but the team says it’ll take a few matches to see where the 2021 season can go.

“We feel good right now. We’re in a good position, I think, physically and everything. We’ve prepared well in Orlando, so we will see after a few games,” Gregus said.