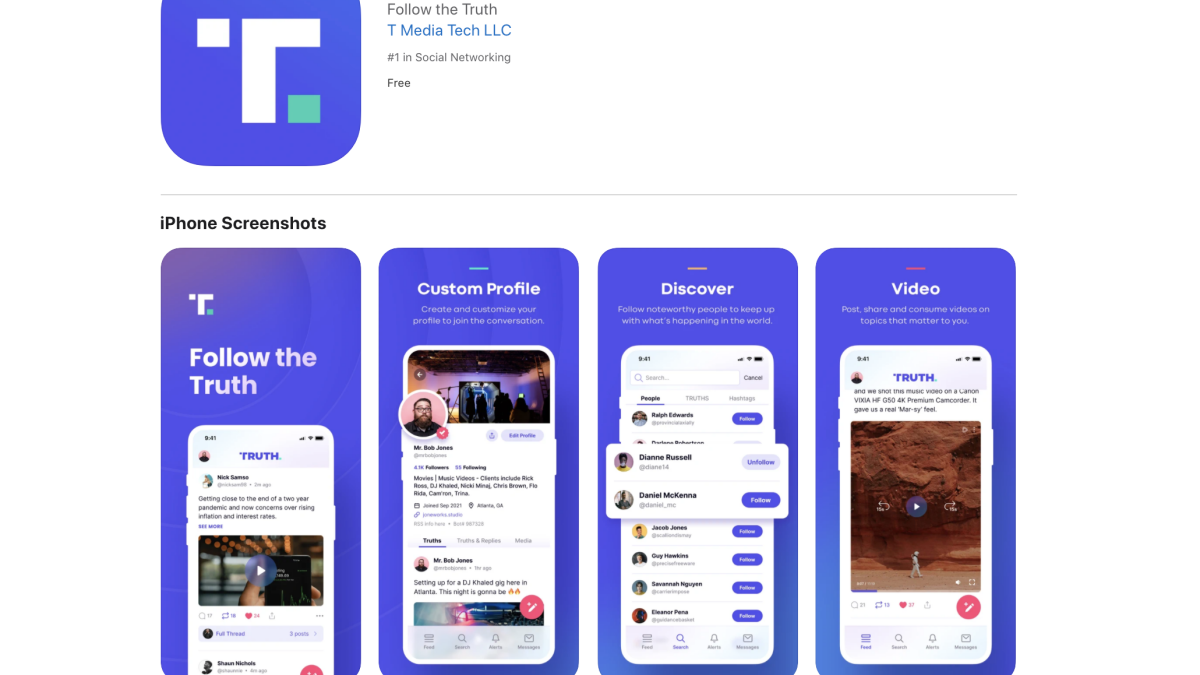 The moment none of us have been waiting for: Former President Donald Trump’s new social media platform just hit the U.S. Apple App Store.

The new app, called Truth Social, was released for U.S-based downloads over the weekend, with an official launch date of Feb. 21 — President’s Day, duh.

Instagram is sliding Stories likes out of your DMs

According to the app’s description, Truth Social markets itself as a social media app “free from political discrimination,” that uses a “Big Tent” approach to facilitating dialogue online. What does that mean? “Think of a giant outdoor event tent at your best friend’s wedding. Who’s there? The combination of multiple families from all over the United States, and the world,” the description reads.

The app works similar to Twitter, to the dismay of some, and allows users to create individual profiles, follow each other, and curate “Truth Feeds” that essentially work just like every other app you probably have. Trump announced he was developing said social media alternative last October, and the surprise President’s Day drop comes after rumors that the app would be delayed until at least March. It’s also only available for U.S. Apple users, for now.

But some are already struggling to sign up for the app, however, placing many prospective users on extended “waitlists” to limit the number of users signing up on its first day, while others are unable to complete the two factor authentication needed to confirm their profiles. The app requires an active phone number or email to verify your sign up.

And while thousands apparently yearn to get over to their “Truth Feeds” and engage in “civil” conversations about “The Truth,” we’ll remain on good old Twitter. Timeline cleanse, anyone?