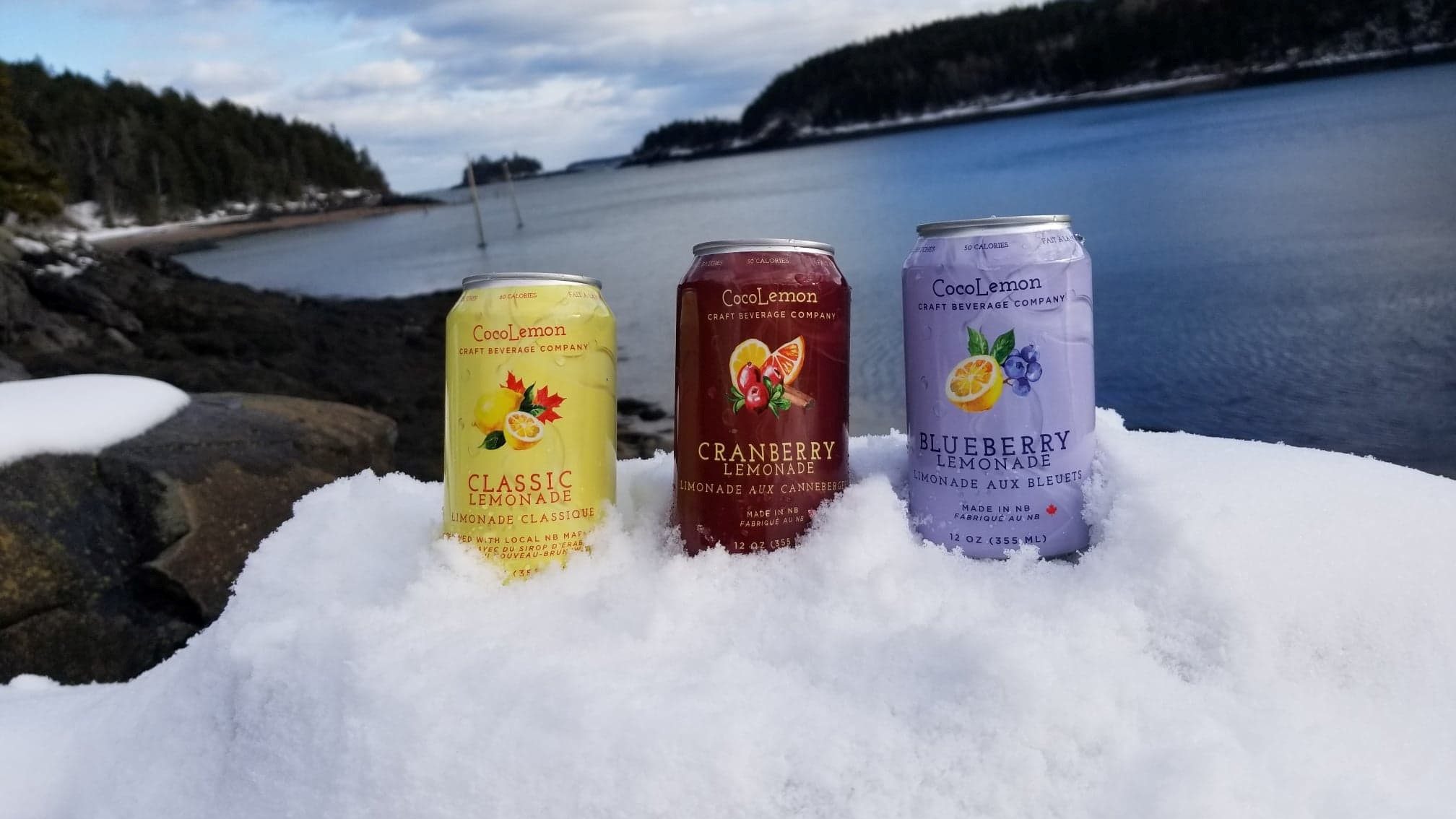 SAINT JOHN – What started out as a lovely way to spend a Saturday has grown into a full-fledged craft beverage company for a Saint John entrepreneur.

Cinnamon Savoie is the founder of the CocoLemon Craft Beverage Company, which offers carbonated, alcohol-free craft drinks made in New Brunswick.

The company has its roots in a side gig that Savoie made in 2018 when she was selling her homemade lemonade at the winter market at Cedarcrest Gardens in Saint John.

“I sold lemonade in the Cedarcrest market in mid-January and was very surprised at how quickly our popularity really grew, especially in mid-January,” says Savoie. “I not only sold lemonade in a traditional format, which is cold over ice, but also offered it heated as tea. But don’t believe it, the cold was way more popular than the warm version, which was pretty interesting to me. “

For Savoie, the small business was a way to spend Saturday doing what she loved, but when the season ended she started getting inquiries from her customers.

“Some of my regular customers asked me, ‘Why don’t you sell it outside of the markets? ‘ She says. “I wasn’t sure if it was going to be a business or not.”

She decided to give it a try after completing the Venture Validation program at Economic Development of Greater Saint John. During the 12 week program, she worked with mentors and created a business plan. When the program was over, she turned to Canada’s Smartest Kitchen on Prince Edward Island who helped turn her market formulation into a recipe that was scalable and consumer-safe.

When the seven month process was completed, Covid-19 hit.

“At that point, I was scared because there was a fear in New Brunswick of starting a business first, and with Covid I wasn’t sure what to do,” says Savoie. “I pushed it into the background for a few months.”

However, after learning of the community support other craft beverage companies received as the pandemic progressed, she decided to move on with her plans.

“I reached out to a few other people I know in the craft beverage industry and they told me that it has changed and that Covid has actually helped their businesses a lot. They had a lot of support in the community,” says Savoie. “After talking to them, I felt really encouraged to continue.”

CocoLemon started its first can run on January 1st.

The company currently offers three products: Classic Lemonade, Blueberry Lemonade and Cranberry Lemonade. Savoie says she sources as many of the ingredients from New Brunswick as possible. For example, CocoLemon uses New Brunswick maple syrup instead of regular sugar in its classic lemonade.

“One of the things that was really important to me is to be able to source as much as possible locally,” says Savoie. “For example, when I decided to create my classic lemonade, I thought instead of using sugar … why not use maple syrup instead and give a classic lemonade a maritime touch?”

For the blueberry and cranberry lemonades, CocoLemon uses juices from farms in New Brunswick.

“This is where all the flavors have developed, which products I can purchase locally and how I can convert them into the beverages with which I come to the market,” says Savoie.

Lemons are not grown locally in New Brunswick, however, which is why Savoie sources their lemon puree from a supplier based in Moncton.

CocoLemon beverages can be purchased from a variety of retailers in south New Brunswick. People can also purchase various sample packages online for delivery.

“When we deliver, everything is contactless and we notify the customer as soon as it has been delivered,” says Savoie. “We’ll make sure you text them so they know they’re there so they can pick them up right away.”

Starting a business during the winter during a pandemic was a daunting prospect, but since it started earlier this month, CocoLemon’s reception has been positive, according to Savoie.

“Some retailers have sold out more than once. It was amazing in that regard,” she says. “I’ve had people tag me on posts on Facebook telling me how much they enjoyed it. It was almost overwhelming.”

Looking ahead to the rest of the year, Savoie plans to continue expanding CocoLemon’s retailers. She also plans to bring out some new, limited-time flavors.

“I’m already planning my summer flavors so we can release them in April or May,” says Savoie.

“Hopefully we can attend events across the province if we can in the summer.”