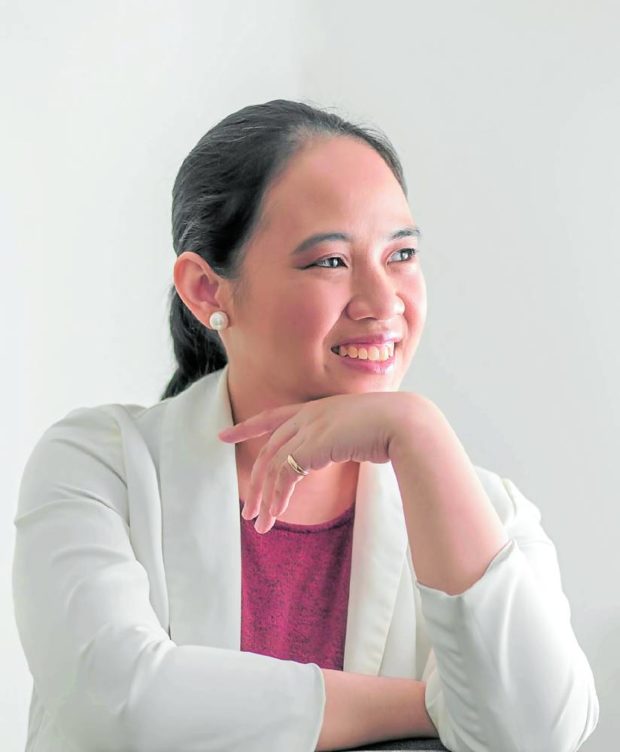 Lyle Tanciano, a 26-year-old graphic designer based in Cebu, quit his corporate job two years ago to start his own company, Nostalgik Media. He also picked up a side gig as a Tiktok content creator, sharing the ins and outs of graphic designing. Instead of just getting a monthly paycheck, he now enjoys multiple income streams.

Tanciano is one of many creatives who have flourished under the tutelage of Brave Creators Lab, which mentors upstart creative entrepreneurs. Since entering the mentorship program in June, he has grown his Tiktok follower base from just about 1,000 to more than 16,000.

Following in the footsteps of his mentor, Brave Creators Lab founder Kia Abrera, he also began his own podcast, workshop and set up a community for freelancers and creative entrepreneurs. He provides his community free access to a learning hub called School of Pinoy Graphic designers.

“I didn’t know where to bridge the gap between ‘where I am now’ and ‘where I want to be.’ That’s where she helped me,” Tanciano says of his mentor. At Brave Creators Lab, he learned how to brand and market himself in the digital space.

“I experienced first hand how practical it was. It was not just consuming materials, but also applying it right away,” he adds.

In 2020, Yahoo Finance UK recognized Abrera as one of the Top 10 instructors who are helping entrepreneurs establish and grow online businesses. Local entrepreneurship groups like Go Negosyo have featured her as a business mentor.

Abrera started Brave Creators Lab with just six students in 2020, targeting those who wish to “learn, unlearn and relearn” the ropes of creative entrepreneurship. To date, the program has helped more than 600 entrepreneurs, influencers and creators build their following and creative pursuits online.

From creative professional to entrepreneur

“Some students celebrate getting 100,000 followers in four months (from zero) and securing amazing brand deals, or [bouncing from] being gravely affected by the pandemic to selling out their pivoted service and getting recognized on national TV. And some celebrate the confidence to finally show up on video or changing the way they do their discovery calls, from being desperate to close to having bias, [to] just serving their clients,” says Abrea.

She graduated from the University of the Philippines with a film degree and sealed her love for creative pursuits when she interned for national artist Kidlat Tahimik, dubbed the Father of Philippine Independent Cinema.

“I’ve always had a creative itch ever since I was young—it was just a matter of knowing which specific path I wanted to go to,” Abrera says.

She spent eight years in the marketing and advertising industry, serving clients such as USAID, Coca-Cola, Huffpost and The Futur. While she started out as a creative professional, she saw that Filipino creatives have so much untapped potential to become entrepreneurs.

“We realized that we were stuck in our comfort zones,” she recalls.

Thus, she transitioned from the corporate world to set up her own agency, Braveworks Inc.. Together with her husband, Mel, they grew Braveworks into an eight-figure organization within six years.

“We had to take a lot of small steps. We started growing our portfolio by taking in 10 clients for free. And then, we started talking to more clients, trying to get to our first paid yes,” she says.

Now, her company handles multiple accounts and valuable clients from all over the world, while helping other Filipino creatives grow.

With her desire to help her peers, she cofounded the Likha Summit, a networking event for Filipino creatives. They have also created and fostered a group called The Brave Creatives, where creatives can support and help each other.

“After being in the creative business for nearly 10 years, I decided to dive into being an educreator—so I can impact more people who are in the same journey,” she shares.

One of her advocacies is to help Filipinos make their mark in the global creative economy. According to a study done by the United Nations, creative industries generate annual revenues of more than $2 trillion and account for nearly 50 million jobs worldwide.

“In this pursuit, there will always be those who question the path I took—mostly from those who’ve always had the prejudice that a creative pursuit is not as practical,” Abrera says.

Shrugging off naysayers, she has worked hard and built her business from the ground up, together with her husband.

From competitors to collaborators

Theirs is an industry marked by intense competition. It is fast moving, especially in the digital arena. Instead of just focusing on algorithms or trends, Abrera’s team chooses to study the audience and their evolving challenges.

Later on, they stopped viewing other creators as competitors and started looking at them as possible collaborators and people they can actually help.

“I think it’s better for the creative economy when we start educating creative entrepreneurs on how they can thrive in an emerging, lucrative industry.”

“I consider the entrepreneurial mindset essential in any field. You will always have an advantage if you are an entrepreneur. If you have this kind of mindset, this means you value your skills so you end up treating your employer as your client,” Abrea points out.

Creatives must know how to spot opportunities amid challenges, how to build meaningful relationships, how to maximize and leverage any situation and build something out of available resources, she stresses.

“It all starts with self-efficacy—the belief that you can succeed. When you know this, then you have to start looking at what you have and how your gift can serve people.”

Don’t miss out on the latest news and information.