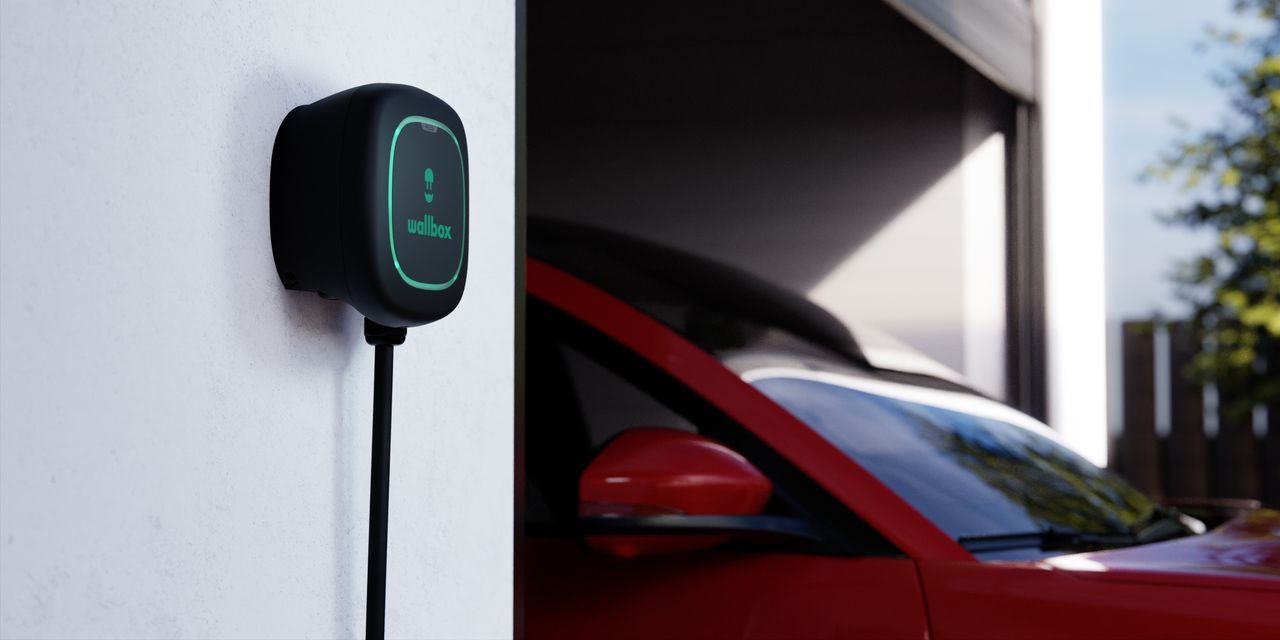 Wallbox announced an agreement to a merge with a special purpose acquisition company, or SPAC, Wednesday. There are already a handful of companies focused on electric-vehicle charging with public or soon-to-be public stocks for investors to consider. But Wallbox says its business model is a little different from the rest of the crowd. The SPAC’s sponsor hopes that will mean higher returns for investors in the future.

Early returns, however, aren’t as strong as management had likely hoped for. Stock in the SPAC,

II (ticker: KCAC), closed down almost 2%, at $10, on Wednesday. Kensington stock hit $10.52 shortly after the open, before dropping to trade around $9.90, below the SPAC’s cash value of about $10 per share. SPAC investors have the chance to swap their stock for a proportionate share of the SPAC’s trust cash before the merger.

At $10 per share, the deal values WallBox at a market capitalization of about $1.8 billion. That makes it the least expensive of the EV charging companies on the market.

(CHPT) is the most valuable, with a market capitalization of about $8.8 billion, or 43 times its projected sales over the next year.

ChargePoint sells hardware and software needed to operate public charging stations efficiently and reliably. The company plans to build out a network of chargers and then generate significant recurring sales from its software and maintenance products. By 2025, ChargePoint projects about $1.4 billion in sales, with about 25% coming from annually recurring products. Ebitda, short for earnings before interest, taxes, depreciation, and amortization, profit margins are expected to be about 12.5%.

Wallbox is focused more on home-charging markets, where the company says 70% of all EV charging is done. Their hardware and software offerings help customers in the U.S. and Europe optimize charging based on real-time electricity prices. The company’s technology can also send power back into the house, essentially making EVs backup generators. That requires auto makers’ certification, however.

Wallbox’s business model is more hardware-centric than many other charging start-ups out there. The company has proprietary software and sells public charging equipment, but it doesn’t bank on recurring revenue becoming a bigger portion of its sales pie, like many of its competitors.

Wallbox says it has sold more than 100,000 chargers in 67 countries since its founding six years ago. The Barcelona-based company has a manufacturing presence in Spain and China and aims to add a U.S. facility next year.

Wallbox’s deal with Kensington values the company at about 19 times management’s estimate of 2021 revenues. By 2025, Wallbox projects about $1.2 billion in sales and Ebitda profit margins of about 9.4%.

(BLNK) went public in 2018, and trades at a very high valuation multiple after a nearly 2,000% surge in the past year. EVgo and Volta are in the process of completing their SPAC mergers, with

(BEEM), which went public in 2019, and EVBox, which is merging with

Wallbox appears to trade at a valuation discount to all of those public competitors. For now, the many EV-charging companies can coexist, given still-tiny EV penetration of the total fleet of cars. Until their production ramps up, there should be enough business for all as more EVs are sold in the U.S. and Europe. For now, the biggest differentiator for investors is the business models of the different companies and how much cash each company has.

Wallbox will have close to $330 million in cash after its SPAC merger closes, which it plans to put toward building out its global sales force, building a U.S. manufacturing facility, and adding to working capital. The company says the transaction will fully fund its business plan, meaning it doesn’t expect to need to raise capital again to get to break-even on a free-cash-flow basis in the coming years.

No one is sure how the EV-charging landscape will shake out. For now, though, investors are clearly excited about the opportunity.