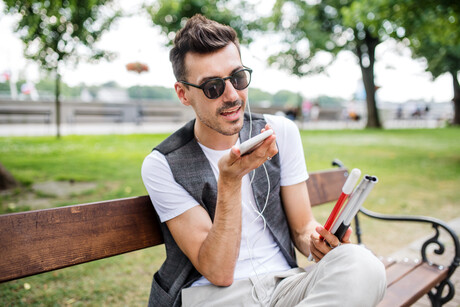 Melbourne-based technology developer RealThing Ai has received $ 1 million from the Australian government to accelerate the development of Artificial Intelligence (AI) solutions for the blind and visually impaired worldwide.

RealThing Ai has developed a human dialogue and intelligent thinking product called RealSAM for people with visual impairment and blindness. The product is delivered through voice activation and is used to control everyday technologies such as cell phones and smart speakers.

RealThing has worked with a number of vision loss organizations including Vision Australia, the National Library Service of the US Library of Congress and the UK’s Royal National Institute for Blind People. RealThing’s RealSAM platform and voice interface can transform the lives of visually impaired users around the world.

The funds will be used to advance the company’s solution and install the AI ​​on a mobile phone so that it can operate independently of the internet. This fixes the shortcomings of other assistants like Apple’s Siri that can only work when connected to the cloud.

Secretary of State for Industry, Science and Technology Karen Andrews said the government was delighted to expand the ideas of Australian businesses as the Commercialization Accelerated Grants are about investing in growing Australian business ideas that ultimately become life change for the better.

“Not only do these business ideas strengthen our economy, they are examples of Australian ingenuity that helps make the world a better place,” said Minister Andrews.

Nick Howden, CEO of RealThing Ai, said the company is thrilled to be recognized by the Australian government as a recipient of the Entrepreneurs’ Program.

“This funding will generate significant Australian revenue and job creation in the high quality artificial intelligence and medical technology sectors, and most importantly, improve the quality of life for people with vision loss,” Howden said.