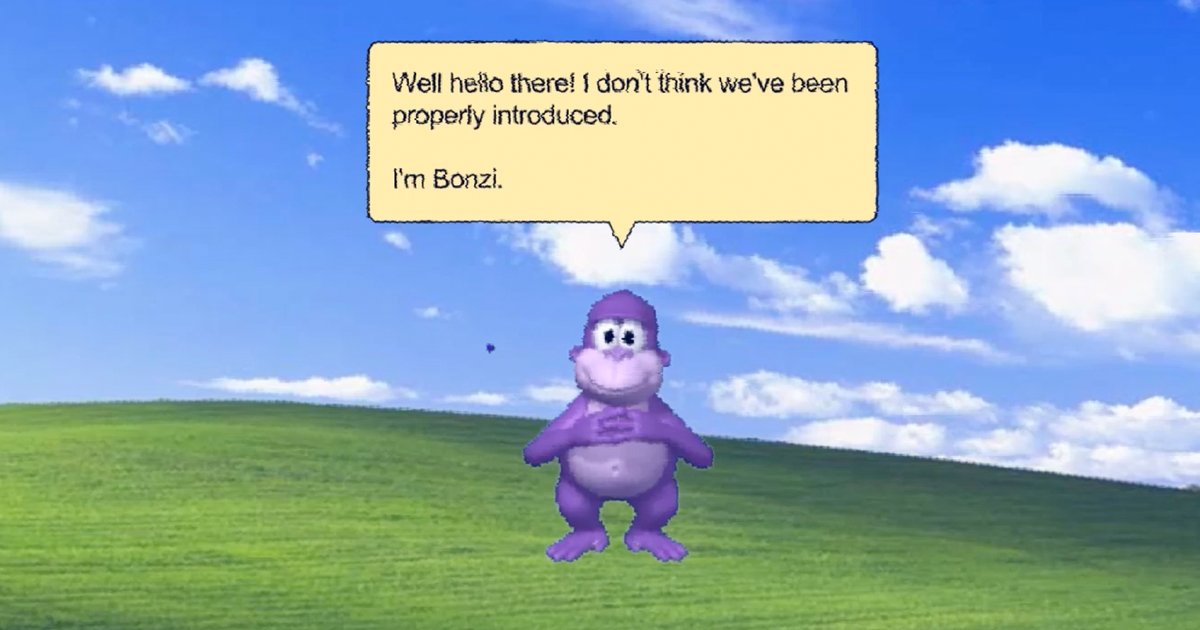 Before Siri and Alexa, there was Bonzi. In the early 2000s, a purple, talking gorilla named BonziBuddy was billed as a free virtual assistant, ready for all your internet needs. It could talk, search for you, sing, send emails — and anyone with a computer could download it for free.

Turns out, that was the big problem. Bonzi wasn’t your friend; it was malware, and it was released at the perfect time. Following the burst of the dot com bubble, investors pulled their money from the web and online companies needed a new way to profit. In response, the internet turned into an advertising ecosystem, with pop-up ads taking over browsers. At the same time, new users were flocking to the internet without any idea what was safe to click on and download. Cute virtual assistants, like Microsoft Bob and Clippy, were designed to fill in those knowledge gaps, becoming your friendly guides to the internet.

It was all a perfect stage for Bonzi. When that purple gorilla popped up on your screen, it would’ve seemed just like all the other virtual assistants out there already. Kids, grandparents, and office employees were all downloading BonziBuddy with abandon — until it all imploded. Behind the facade of that friendly gorilla, Bonzi Software, the company responsible for BonziBuddy, was collecting private information and contacts from the unsuspecting internet users who downloaded it — and bombarding them with ads and pop-ups that Bonzi would profit from.

In the third episode of Kernel Panic, we explore the rise and fall of one the friendliest-looking pieces of malware of all time. It’s the story of how one seemingly harmless ape preyed on early internet users and then paid the price, teaching all of us how much we had to lose from so-called “free” downloads.