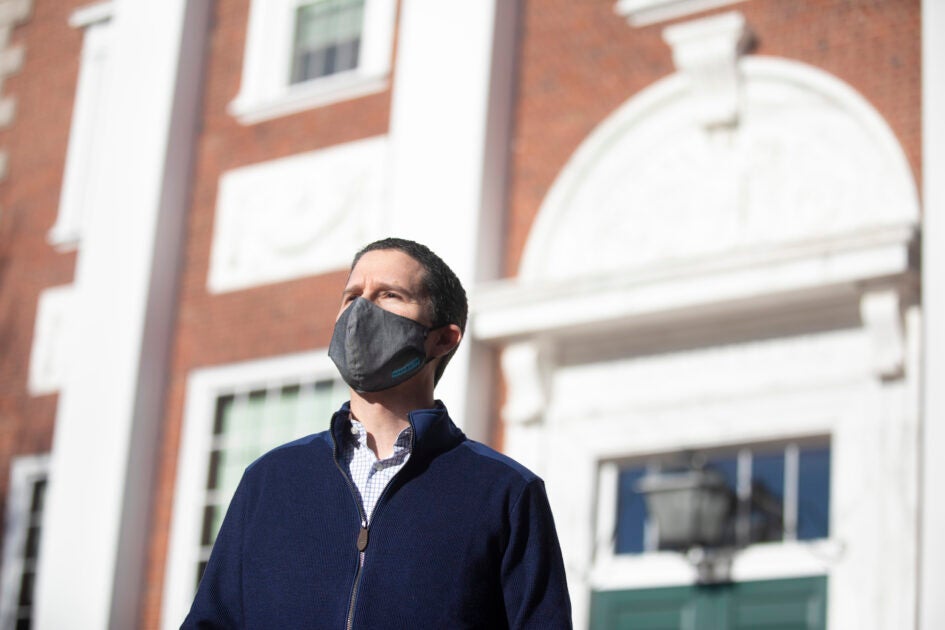 Many despair of the government’s ability to resolve difficult problems after a year of pandemic, economic collapse and civil unrest – on top of chronic problems such as education, health care and the environment. But there can be cause for optimism, believes Mitchell Weiss, Professor of Management Practice and Fellow of the Richard L. Menschel Faculty at Harvard Business School. In a new book titled “We Have the Opportunity to Use Public Entrepreneurship to Solve Our Most Urgent Problems,” Weiss argues that by adopting an entrepreneurial spirit, public agencies can bring creative solutions to even seemingly insoluble challenges. The newspaper recently spoke to Weiss, a former chief of staff for the late Boston Mayor Thomas Menino, about the potential for innovation in government and how it can be promoted.

GAZETTE: Many who have served in government are discouraged by the potential to solve difficult problems. What makes you hopeful

WHITE: First, I saw it. When I was in government I found many instances where great officials came together and made progress on the greatest challenges they saw. I’m not saying we always did it in Boston, but I saw that it was possible. Since leaving government and having had the opportunity to study episodes of public entrepreneurship around the world, I have also seen other leaders pursue these solutions with courage and skill. And I see in my students an up-and-coming generation of executives who are committed to solving problems. I’ve seen some go out and do just that, and I know others are on the doorstep.

GAZETTE: You use the term “possibility government” to describe the spirit of innovation that you foster in government. How would you describe it and what does it look like?

WHITE: Opportunity Government is the pursuit of new programs and services by heads of state and their partners that are unlikely to work due to their novelty. They just might just work. And that’s the nature of entrepreneurship – most new businesses fail, but those that do succeed are ultimately transformative. The possibility government is in stark contrast to what we normally have, namely probability government – pursuing programs that are likely to “work” but produce mediocre or mediocre results. They feel safe, but they aren’t real because they don’t get the job done. I think that we need to move on to a possible government, not in every case, but in several cases. We would see the opportunity if we saw governments open up to new ideas, if we see more leaders trying new solutions instead of old ones, if we see the public encouraging them, and if we ultimately see that governments enlarge those that work. So they helped everyone.

GAZETTE: What are some examples of successful public entrepreneurship?

WHITE: I have met amazing public entrepreneurs while researching and writing the book and teaching my course on the subject. One of them is Mayor Melvin Carter of St. Paul, Minnesota. Elected to an office that promises to implement a huge equity agenda, he is brave and skillful in all sorts of new ways. I feel aroused when I talk to him. I feel his commitment to a new future. Another example is Biobot Analytics, a company founded by Mariana Matus and Newsha Ghaeli dealing with wastewater epidemiology, essentially turning wastewater into a public health database. They are now turning to wastewater to provide information during the COVID epidemic. What is striking about these two examples – Melvin Carter on the public side, Mariana and Newsha on the private side – is that most people initially thought they would not succeed. That goes for so many government options – it looks unlikely at first, and it is.

GAZETTE: Do public authorities have no real restrictions on doing business?

WHITE: In the public sector there are barriers to taking risks. However, all of this is distilled into this encapsulation that says “the government is risk averse”. There are many problems with this argument. Ken Arrow, a Nobel Laureate, and Robert Lind argued that governments should be risk neutral in many ways. You can absorb risks. I observe that while many government officials are risk averse, that is not mainly because they are in the government. It’s because they’re human. People everywhere are risk averse. Nevertheless, we manage to drive innovation. We should be able to do this in government. And in many cases it is wrong to say that it is less risky for governments to do nothing than to do something. Look no further than this pandemic to see how nothing was done in the run-up to public health infrastructure.

GAZETTE: Can those who work in government agencies be motivated to solve creative problems?

WHITE: Yes, there are large numbers of government officials at all levels of all types of agencies waiting to be invited to share their ideas and try new things. Maybe they held back because they weren’t told that we as an agency, we as administration, are open to new ideas. When we show public workers that we want your ideas, that you should try them out, as long as you promise to learn as much as you can while wasting as few resources as possible, they will be quick to react, and they are.

GAZETTE: What role does the exchange of best practices play in this? You suggest that this approach too might be too narrow.

WHITE: Right, if there are solutions to the problem you are facing, be it high housing costs or environmental degradation, and you don’t use those solutions in your jurisdiction, it should be you. But I would argue in many cases that we don’t have a solution and that best practices are only the best and not good enough. I think we should definitely scale what works. We would help humanity. But if we just do that, it will absolutely not be enough.

GAZETTE: Where should we look for new ideas?

WHITE: I think we can look for ideas from the public. Innovations were often obtained directly from users. So the people who use the government will be full of opportunities to do it better. We can look for the way our users experience the government and its bypass options and try to respond to them. We can also reach out to non-professionals, to people who are not in government and do not work on these topics every day to find new ideas. Studies have shown that if you go to non-professionals and ask them about ideas for solving public needs, their ideas are, on average, worse than those of in-house experts, but that you get some ideas that are transformative. So we have to look to outsiders. And we can look at the crowd. There have now been many opportunities to ask questions and find solutions from the crowd.

GAZETTE: They also say we should welcome bad ideas too.

WHITE: There cannot be a more controversial time to propose a more controversial idea than saying now, what we need are worse ideas. But that’s the point I make in the book. To get more new good ideas, we need to get more new bad ideas. Of course, if we want to open up to users, non-professionals, and the masses, much of what they propose will ultimately be unusable. But if we turn a blind eye to new voices, we will not get the few novel solutions that we urgently need. At the same time, in all of these urgent crises, we don’t want to invest public time and money in bad ideas. One part of the book is about how we can quickly address the uncertainties in an idea and start separating the good from the bad.

GAZETTE: What are the limits of public entrepreneurship? Are some risks best avoided?

WHITE: We need to move from probability to possibility in more places, but we don’t want to go beyond possibility to deception. Some of the novel solutions we saw last year in response to COVID-19 were possible governments, and some were deceptions – swallowing Lysol, hydroxychloroquine. We need to be able to tell the difference between possibility and delusion. In the book, I share a list of about two dozen guard rails. For example, we shouldn’t make an effort where the returns go primarily to one group of people and the risks fall to another. We should not introduce systemic risk into a system that cannot withstand them. If we have the wrong motives, it is a strong sign that what we are doing is not a possibility, but something more dangerous. You may have deviated from the possibility of deception if you promise success in the beginning; We need to be open to the public and ourselves about how unlikely new things are to succeed. The promise that everyone will be successful will undermine trust.

WHITE: Entrepreneurs want to solve problems, and that is what public life is all about, especially today. Would you like to work on the most important things? This is what government officials do all over the world. Plus, you don’t have to decide whether or not you want to go into public life forever. You can try it out, spend some time and learn about the complexities and nuances of government. At the end of the day we all get the government we invent. If you don’t like what you see in your community or country, help fix the problem.

This interview has been edited for length and clarity.

49 tips candidates need to know before starting as a trainee...