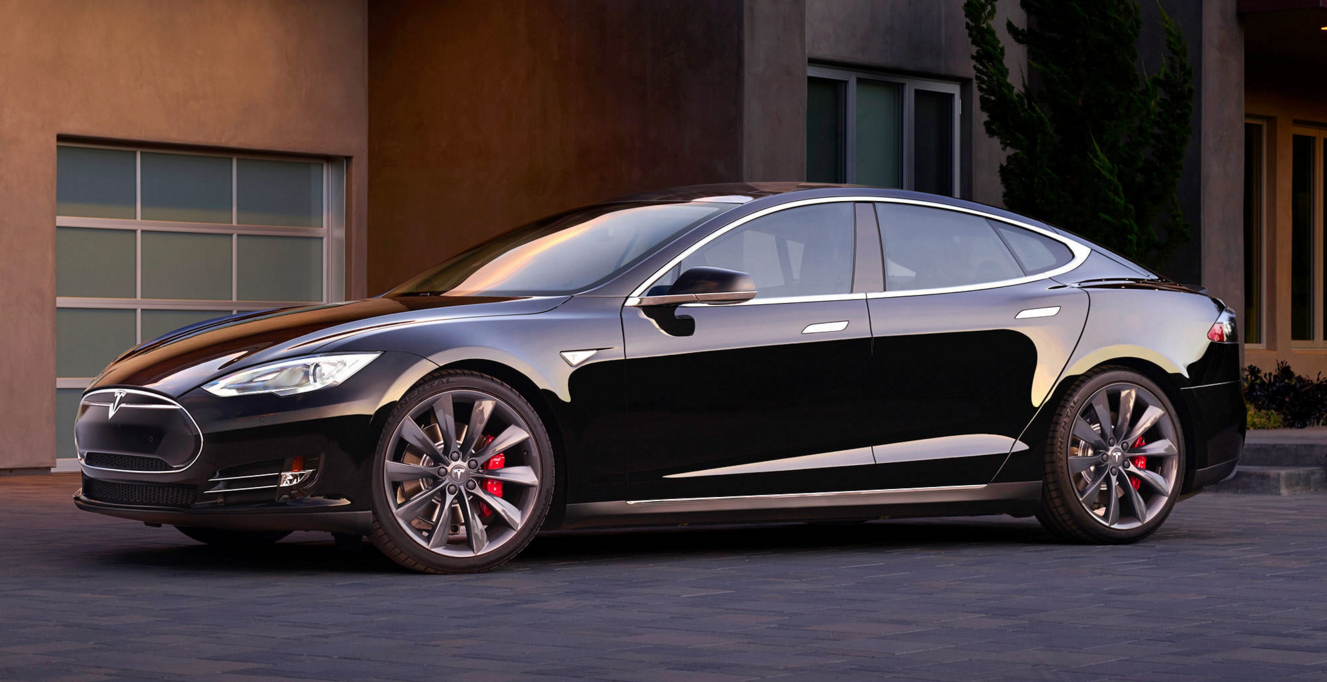 
A bipartisan group of senators announced an infrastructure deal late, but will party leaders back it? Tesla CEO Elon Musk held a low-key, no-surprise Model S Plaid event Thursday night, announcing that deliveries will start with a slow ramp up.  Tesla stock was steady early Friday after reclaiming a key level Thursday.

Several hot stocks sold off as share offerings priced, after the sale plans knocked them earlier this week. Those include Celsius (CELH), PLBY Group (PLBY) and Rev Group (REVG). All three lost 15% or more. CELH stock has a clearly failed breakout while PLBY stock wiped out an early entry. REVG stock broke below the low of a base.

A bipartisan group of 10 senators — five from each party — say they’ve reached a “tentative understanding” on an infrastructure spending deal without explicit tax increases. The package reportedly includes $579 billion in additional spending. Including baseline outlays, spending would be $974 billion over five years or $1.2 trillion over eight. The senators suggest indexing the gas tax to inflation, providing a de facto increase, and using unused Covid funds.

But it’s unclear if President Biden or congressional leaders from either party will go back it.

Remember that overnight action in Dow futures and elsewhere doesn’t necessarily translate into actual trading in the next regular stock market session.

The stock market rally rallied at Thursday’s open but then pulled back in late morning, with the Nasdaq briefly turning negative. But the major indexes rebounded.

The 10-year Treasury yield initially rose modestly on the hot inflation report, but reversed lower to 1.46%, setting new three-month lows. Bond traders do not appear concerned with inflation or the Federal Reserve, which meets next week.

Reflecting more-speculative story stocks, ARK Innovation ETF (ARKK) popped 1.9% and ARK Genomics ETF (ARKG) 2.7%. ARKK closed just below its 50-day and 200-day lines, while ARKG reclaimed those levels on Wednesday. Tesla stock is the No. 1 holding for ARK Invest across its ETFs.

The Model S Plaid can go from a rolling start to 60 miles per hour in just under two seconds. But Plaid deliveries will take a lot longer to pick up.

At the end of the brief event, Elon Musk said Tesla will begin deliveries of 25 Plaid sedans. He said that’ll soon pick up to hundreds per week, reaching 1,000 per week in the third quarter.

The EV giant paused Tesla Model S and X production for months as it switched over to “Plaid” versions. Elon Musk originally said in late January that Model S Plaid deliveries would begin in February.

The Model S Plaid looks very similar to the decade-old Model S on the outside. But the interior has been refreshed somewhat. Elon Musk touted the new screens and sound system, as well as the Plaid’s video game capabilities.

On Wednesday, Tesla raised the price of its high-end Plaid by $10,000 to $129,990. But that top-of-the-line Plaid won’t hit 200 mph, as previously claimed, until the right tire and wheel mix is available in the fall.

The Model S Plaid Plus cancellation could reflect further trouble with mass producing 4680 battery cells. If so, that would be a bad sign for the Tesla Semi and Cybertruck, both of which are slated to use the 4680 cells.

The Plaid event had no surprises about batteries, the Cybertruck or any other Tesla vehicle or project.

RH stock surged 16% to 707.14, rebounding from its 50-day line and breaking a trend line. The upscale furniture retailer reported booming earnings and revenue growth, guiding higher on sales and margins. RH stock is 8.1% above its 10-week line, so it’s actionable here. But investors could wait to see if it forms a handle. RH stock is on track to have a base with a 733.15 buy point after Friday.

The relative strength line for SIG stock hit a new high. The RS line, the blue line in the charts provided, tracks a stock’s performance vs. the S&P 500 index.

Zscaler stock popped 4.55% to 204.91, moving above a double-bottom buy point of 199.60, after hitting resistance multiple times at just below 200. The last time was on May 26, following strong Zscaler earnings. ZS stock broke a tiny trend line earlier in the week.

The RS line for Zscaler stock is off the February peak but is at a three-month high.

CrowdStrike, another cybersecurity play with a similar chart to ZS, jumped 6.85% to 228.60, breaking past resistance right around 227. CRWD stock was actionable from a short trend line break; again, much like ZS stock. The official buy for CRWD stock is 251.38.

Adobe stock rose just over 4% to 535.52, a record close and clearing a 525.54 early entry in a nine-month consolidation. ADBE stock is 5.8% above its 10-week line, which can be an attractive buying area for Long-Term Leaders. But, Adobe earnings are due June 17, giving new investors little time build a cushion in ADBE stock.

The RS line for Adobe stock is trending higher again, but has fallen significantly since last September.

Google stock edged up 1.1% to 2,435.13, edging past a 2,431.48 buy point from a flat base. The RS line hit a record high along with GOOGL stock, giving the weekly MarketSmith chart a very bullish blue dot.

GME stock plunged 27% to 220.39. GameStop stock is now down 11% for the week despite rising in the prior three sessions.

Late Wednesday, GameStop topped earnings views and named two Amazon execs to be its CEO and CFO. But it also said it might sell 5 million shares of GME stock, at a time when investors are punishing stock offerings. GameStop also disclosed an SEC probe related to trading in the stock.

Clovis Health slumped 15% to 14.34 after reversing from record highs Wednesday to close down 24%. While CLOV stock hasn’t erased Tuesday’s 86% gap-up surge, it has fallen below that day’s low. So anyone who actually bought CLOV stock on Tuesday is now down.

AMC stock skidded 13% to 42.81. Since the wild June 2 gap up, AMC stock has remained within that day’s trading range.

Most investors should avoid meme stocks. The wild moves offer the potential for huge gains but also massive losses. Given the weak fundamentals and often-poor company prospects, most of these stocks are likely to see huge declines over time.

But if you’re going to play meme stocks, buy them as they clear some plausible resistance on a chart. Do not chase them. Consider using options so you can size your potential loss up front. Consider at least partial profits quickly and be ready to cash out before seeing a massive gain turn into a loss.

The S&P 500 index finally moved above its early May peak to an all-time high, despite the late morning wobble. The Dow Jones and Nasdaq are closing in on record territory. The Russell 2000 is pulling back but after a strong run.

However, the S&P 500 has been nudging higher, not showing real power in the past couple of weeks. Tracking volume on the major indexes is tricky when meme stocks are in play, with CLOV stock trading more than 700 million shares on Tuesday.

But new buying opportunities continue to appear, as RH, Zscaler and even Adobe stock show. Some stocks rebounded bullishly from early losses, including Roblox (RBLX). Miners and many other stocks are quietly forming positive consolidations.

Chip-gear makers and many medicals had solid sessions.

Homebuilders are breaking down despite falling Treasury yields. Financials are struggling. After opening higher as the 10-year yield nudged up, they retreated once again as interest rates hit fresh lows.

The brutal sell-offs in CELH stock and others announcing and pricing share offerings is something to note. Sometimes, stocks quickly shake off share offering news, but not always. With a lot of new IPOs in recent months, investors have to be ready for share offerings and lock up expirations.

New America: This Chip Stock Is A Play On The Future Of AI

What To Do Now

Buying as close to the buy point as possible, at least with your initial position, is crucial in the current market environment. As a stock gets extended, don’t chase it.

To avoid missing out, do your homework. Build up those watchlists, taking a closer look at a select handful of nearly actionable stocks. Stay engaged with the market, using alerts when possible to catch breakouts as they’re happening. That way, you can buy the right stocks at the right time.

Even if you do everything right, some of your buys are going to struggle or fail. The key is to keep those losses small.

Read The Big Picture every day to stay in sync with the market direction and leading stocks and sectors.

Why This IBD Tool Simplifies The Search For Top Stocks