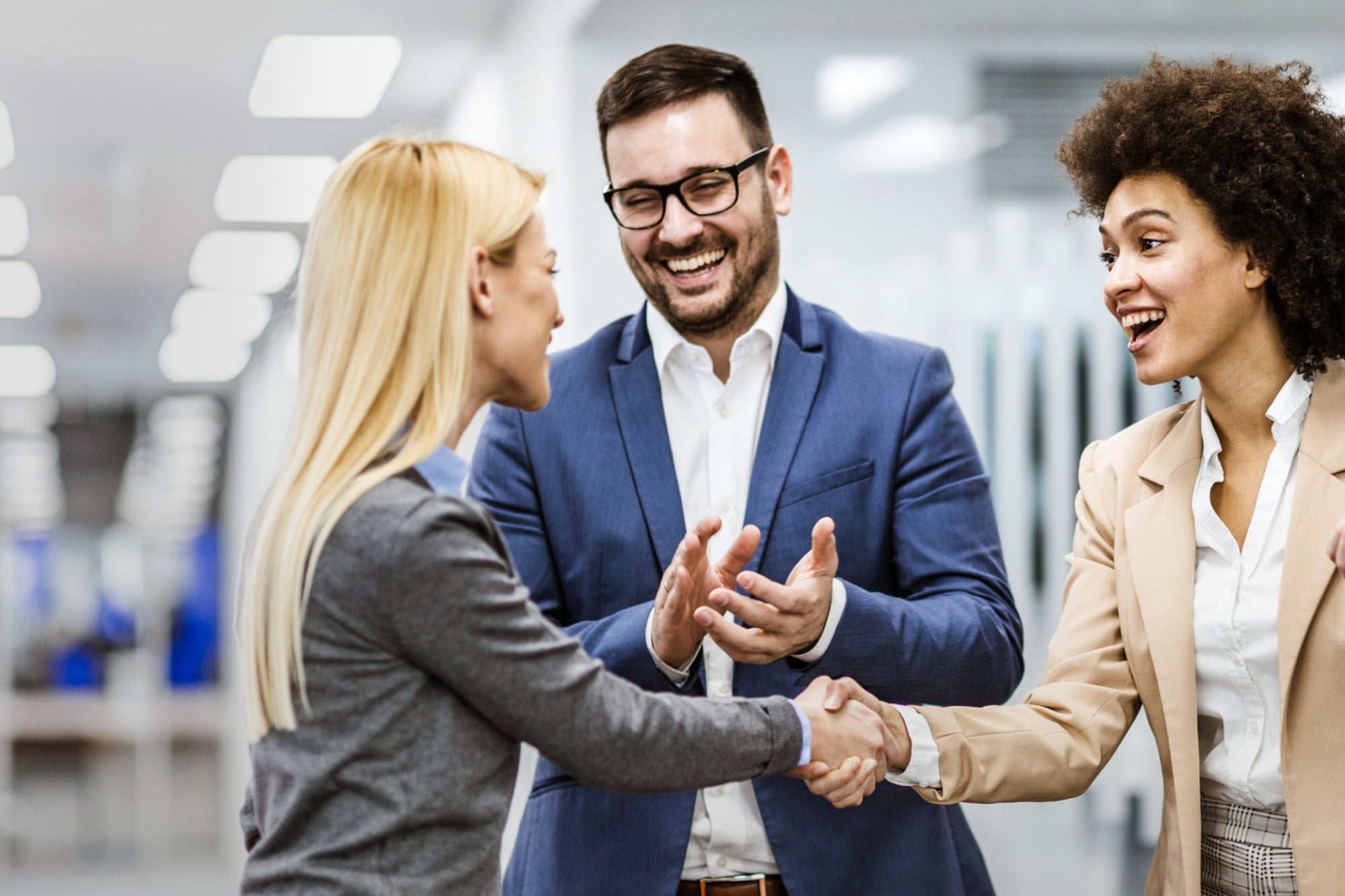 Start by asking people who trust you.

Get a glimpse of how to use Facebook’s marketing resources to your business’s advantage.

Recently, someone asked me this question: “Let’s say that you, Ivan, go back 30 years and think about where you were early in your career. If you didn’t know someone personally and you really admired them and wanted to take a shot at reaching them, how would you do that?”

The short answer to that question is I wouldn’t reach out to them directly. I would find someone that knows them and I would get an introduction. And that’s exactly how I met Harvey Mackay, author of Swim with the Sharks Without Being Eaten Alive, back in the 1990s.

Getting an introduction from a trusted third party smooths the path to meeting someone, especially if that someone is well-known or very successful. In the ’90s, my business was still small and I hadn’t written any best-selling books, so very few people knew anything about BNI or who I was. Still, I wanted to meet Mackay and ask if he would contribute a piece to a book I was working on at the time. He had written about networking before and I thought he would make a good contributor to my book. The problem was that with no name recognition, I couldn’t get past his assistant no matter how many times I tried.

It took the better part of a year, but one day, while in another state on a book tour, a BNI member in that city asked the local director if he could pick me up at the airport and take me to my hotel. We spent some time chatting on the drive and he asked me many questions about my book and about the BNI organization as a whole. He came to the event I did that week and asked if I’d like a ride back to the airport the next day. I happily agreed.

Related: 4 Details for Successful Networking That Most People Overlook

On the ride, we continued our previous conversation. As we got closer to the airport, he thanked me for all the suggestions I had given on how to build a powerful personal network. Then he asked, “is there anything I can do for you?” Well, as I said above, I had “asked, and asked, and asked” if people knew Mackay and I felt that I got to know this individual well enough to throw that out there. So, I said to him, “I’ve been trying to connect with Harvey Mackay and I haven’t had any luck. I just can’t get past his assistant. You wouldn’t happen to know someone that knows Harvey, would you?” He said, “Sure, I know his assistant pretty well. In fact, I have her mobile number!”

All I can say is that I sat there absolutely dumbfounded. “You have her number? How do you know her?” He went on to explain that he always volunteers to drive visiting authors from the airport because it is a great way to get them in a car for an hour and learn from them. That’s why he volunteered to drive me. He told me that he talked to Mackay’s assistant many times when he agreed to drive Mackay from the airport the previous year.  He asked me why I wanted to connect with Mackay — in other words, he wanted to qualify me before he passed it on to his trusted contact. I told him I wanted to ask Mackay if he would be willing to contribute to a book I was writing called Masters of Networking. I told him that Mackay had written a book on networking and I knew he’d be a great contributor. The driver said he’d be happy to reach out to Mackay’s assistant and explain what I was doing and ask her to contact me.

Guess who called me the next week? No, not the assistant — Harvey Mackay himself. What a great conversation it was! Mackay is an icon in the business world and I was so honored to talk to him. It was a fantastic conversation. I learned that he absolutely “walks the talk” when it comes to networking. He was masterful in getting to learn about me and about the book I was writing. He even agreed to provide a contribution to the book. I got to know Mackay better over the years. He spoke at one of our BNI conventions and I had a chance to talk to him on many other occasions.

Some people may think it all happened just because “I asked.” But I would say that’s only part of the story. Yes, I asked. But I asked people who I knew and who I believe trusted me. More importantly, they knew I wouldn’t betray that trust by doing something other than what I said my intended purpose was. People don’t want to give a referral to someone who just wants to sell something to an important contact they have.

So, if I were to go back 30 years and think about where I was early on in my career and I wanted to meet someone I really admired, how would I do that? That’s easy. I’d ask people who trust me for the referral. It worked for me then and it still works for me today.