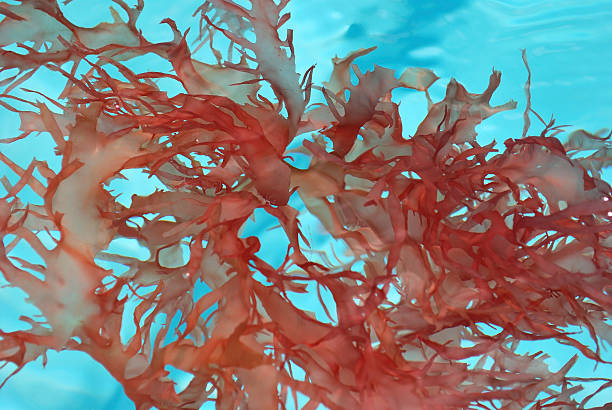 The federal government has given $ 1 million to the world’s first kelp grower to reduce animal emissions to increase production.

Agricultural science company Sea Forest will use its adjusted funds to increase the supply of its algae additive for cattle feed, which will both reduce methane emissions from animals and improve herd health.

For the past five years, Sea Forest has worked closely with the CSIRO, which developed the innovative Future Feed technology to test and refine their product.

It is among seven companies to share $ 4.2 million in matching funding in the final round of the Accelerating Commercialization grants.

Secretary of State for Industry, Science and Technology Karen Andrews said Australian companies are among the most innovative in the world and the government has been delighted to broaden their ideas.

“Commercialization Accelerated Grants are about investing in growing great Australian business ideas that will ultimately change our lives for the better,” said Minister Andrews.

“With this latest funding, we are supporting projects to improve agricultural processes and reduce greenhouse gas emissions while growing a developing industry that creates jobs.

Other recipients include Real Thing Entertainment (VIC), with a $ 1 million grant to commercialize its artificial intelligence platform. The company offers the blind or visually impaired the ability to use a voice-activated handheld smartphone to search for audiobooks from a variety of libraries and talk about newspaper collections, podcasts, talking magazines and radio stations.

Monsoon Aquatics (QLD) has received a $ 304,058 grant to commercialize its coral reproduction processes to help reefs the world and sustainably supply aquarium dealers around the world.

Accelerating Commercialization is part of the Australian Government’s Entrepreneurs’ Program, which has given Australian companies 519 grants totaling $ 251 million since its inception in 2014.