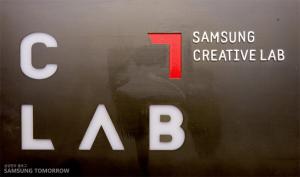 Samsung Electronics has begun looking for innovative semiconductor ideas. Following Creative Lab (C-Lab), an in-house venture program that was introduced at the end of 2012, to spread a creative organizational culture, A-Lab for the DS sector was newly introduced.

Samsung Electronics announced on June 15 that it will receive A-Lab ideas from employees at the semiconductor division. Its plan is to seek creative and innovative ideas for semiconductor products, facilities and processes among others.

A-Lab is a semiconductor version of C-Lab. Samsung Electronics receives ideas from employees every year from 2012 and selects final items after four stages of screening. Employees who come up with ideas leave their jobs for a year and receive opportunities to start their own businesses by making them into actual products or services in their own independent workplaces. Samsung Electronics says that the company receives more than 1,000 ideas every year.

Samsung Electronics has been directly supporting such start-ups since 2015. After a year of preparation, employees who are confident about new business items can start their own startups with a certain amount of start-up support funds worth around 500 million won. So far, 52 startups have been established and 182 people have participated in such startups. So far, more than 1,300 people have carried out or are carrying out 319 tasks in C Lab.

Even if a Samsung Electronics employee left the company in order to found such a startup, the employee can reenter the company within five years. This system makes employees who actually started their own startup mentally stable and not worry about their futures.

A-Lab has no plans to support the foundation of startups yet. Due to the nature of the semiconductor industry, it is not easy to start a startup as large-scale capital is required. Previously, there were various types of idea contests only for those in the semiconductor division. However, they only chose good ideas. “If the previous competition was only about selecting excellent ideas, A-Lab means that it will give time to develop ideas into technology that can actually be applied to business units and can be applied to actual businesses,” Samsung Electronics said.

As the semiconductor industry recently entered the 10-nm range, it is not easy to advance from the 15-nm range to the 14-nm range. An industry official who wanted to be anonymous said, “The idea contest seems to reflect Samsung Electronics’ will to find creative ideas along with the spread of a creative organizational culture,” said an official of the semiconductor industry.