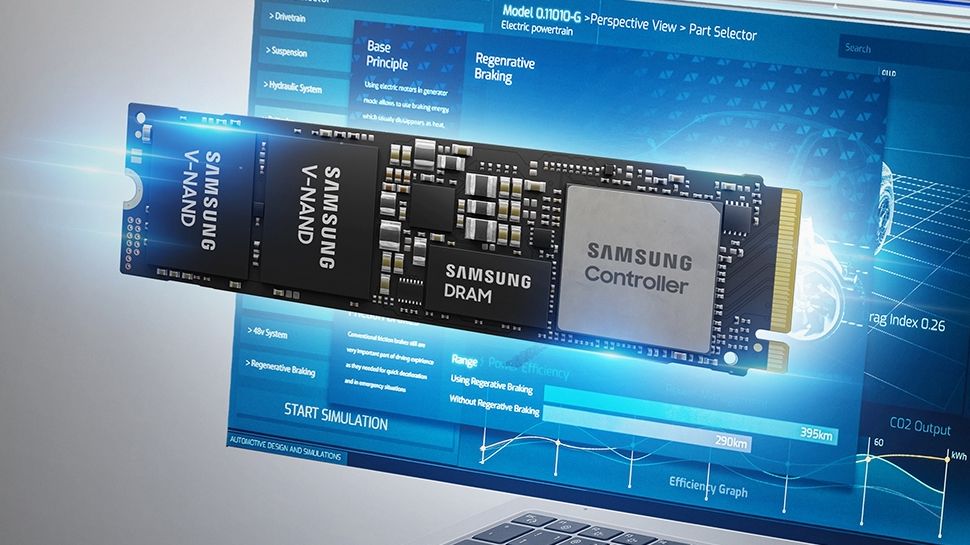 Samsung is one world’s largest semiconductor companies, so it can build multiple products entirely in-house. But the ongoing chip shortage crisis has reportedly prompted the company to consider outsourcing its flash memory controllers for eMMC and other embedded storage devices to a third party.

According to a DigiTimes report today citing anonymous “market sources,” Samsung still has not completely restored production at its fabs in Texas, after closing them in February amid a winter storm. The ordered shutdown of the Austin fabs in March not only disrupted production and delayed delivery of certain chips but also affected Samsung Foundry’s allocation plans for months to come. That included SSD controllers for Samsung’s PCIe SSDs.

The continued disruptions have reportedly made Samsung even more serious about outsourcing some of the key components of its storage devices, such as memory controllers for eMMC and embedded devices, (such as eUFS), to a third party. DigiTimes added that, (like any business), Samsung Foundry prefers higher-margin orders, especially amid the current global chip deficit and will prioritize such opportunities.

Being a vertically integrated manufacturer has its advantages. You can tailor products in accordance with needs, control the supply chain and earn great margins without sharing profits. Samsung also manufactures its SSD controllers at its fab in Austin, Texas via advanced fabrication technologies.

Regardless, don’t expect these things to happen overnight if they do, indeed, happen. Controllers for client SSD, eMMC, eUFS and other storage devices are fairly simplistic, so they do not require very advanced process technologies. Porting their designs to other nodes is fairly straightforward, but finding allocation may be difficult in the current circumstances. Furthermore, it will take quite some time for Samsung’s customers to qualify new SSDs and embedded storage modules for their applications, as new controllers will have slightly different power consumption, thermal and performance characteristics than those made at Samsung.

Samsung did not comment on the news story, so take it with a grain of salt. But even if Samsung signs a deal to produce its NAND controllers with a third party tomorrow, it would take months for products featuring these ICs to reach the market.