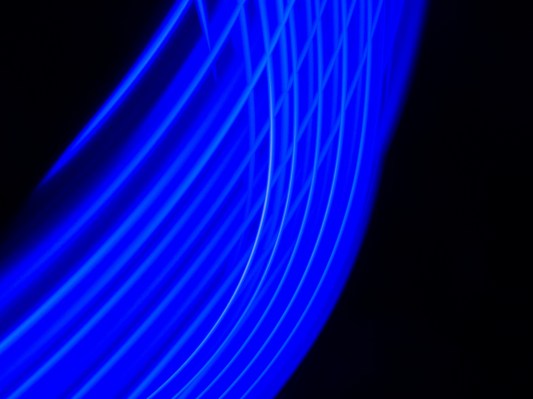 Picsart announced this morning that it has raised a $130 million round led by SoftBank’s Vision Fund 2. The new capital infusion pushes the company’s valuation north of the $1 billion mark, though it declined to get more specific.

Per PitchBook data, the company’s preceding round of capital, in 2019, valued the company at around $600 million. We can infer from the two figures that Picsart’s valuation went up materially in its latest round.

It’s not incredibly hard to figure out why. TechCrunch chatted with the company earlier this year, noting that it was over the $50 million ARR mark, and that the company expected to crest the $100 million ARR threshold this year. The company said today it has surpassed that goal. Precisely how far? The company would not disclose.

Picsart COO Tammy Nam told TechCrunch in an interview this week that her company was now past a $100 million run rate, and that it was worth more than a flat $1.0 billion after the SoftBank round. That was the extent of our ability to mine her for details.

What we can say, then, is that the company is doing nine figures of revenue that start with one, and that it is worth ten figures that also start with a one. That gives Picsart a maximum revenue multiple of just under 20x, though we expect the correct figure is in the low tens.

What makes the Picsart news fun, apart from its constituent large numbers, is that its product is quite cool. That’s something that we can’t say about most unicorns that we write about here at TechCrunch. The company builds mobile and desktop image and video editing tools for consumers and professionals alike, which means that you have likely seen work created by its tools in the wild. And frankly, because they are something that anyone can use — unlike, say, HR-focused APIs or what have you — it’s a startup that feels more tangible than most.

Picsart provides both free and paid services. Its paid products include more images for users to work with — watermark removal and the like. The company also offers a teams-focused plan with multi-seat purchase options, though Nam said that because her team had not yet publicized the option to their user base, it’s too early to tell how the product is faring. It’s effectively in beta, she explained.

More broadly, the company’s monetization efforts are succeeding. We can tell that from Picsart’s revenue growth. Happily, Nam provided a bit more context, saying that the company had millions of subscribers today. She sees more room for growing, explaining that if her company tripled its gross subscriber number, the resulting cohort would still be a “drop in the bucket” when compared to its active user tally. There again, Picscart was somewhat coy with the data. It previously said that it had reached 100 million monthly actives in October of 2017, 130 million in 2019 and around 150 million earlier this year. Picsart would only say that it has more than 150 million today.

Turning to the company’s revenue mix between consumers and business users, Nam stressed that the dividing line between the two is especially blurry among Generation Z, which by our understanding is a key Picsart user demographic. That makes it difficult to parse the precise revenue mix at the company today. However, Nam told TechCrunch that its business revenue represented around 30% of total revenue in an interview earlier this year, which provides directional guidance for us today.

She also noted in our recent chat that business usage of Picsart was rising, as SMBs became increasingly digital in the COVID-19 era. How that shift in market demand will impact Picsart’s revenue mix over time should prove interesting.

So, what about an IPO? Sadly, that was likely just delayed. It’s great news for Picasart that it raised so much new capital, but for those of us hungry to get more S-1s, and more quickly, such large capital events can delay liquidity as the company in question wants to put the new funds to work.

Still, provided an even medium growth rate, we’d hazard that Picsart won’t struggle to match its final private valuation when it does file. We just want that to happen quickly.