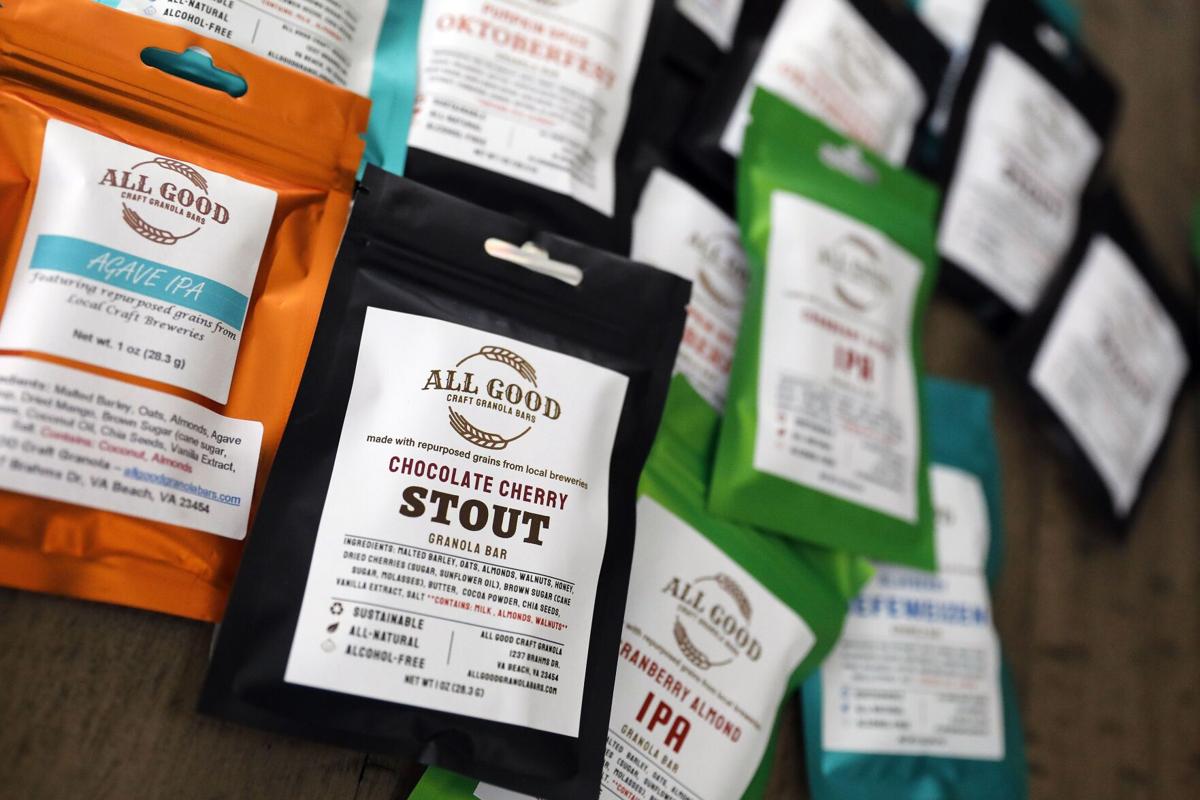 Bryan Daniels stands inside his home kitchen in front of a tray of granola bars Wednesday afternoon. Daniels has started the company All Good Craft Granola Bars which uses grains that were used by local breweries.

Packaged granola bars sit on a table in the kitchen of Bryan Daniels Wednesday afternoon. Daniels has started the company All Good Craft Granola Bars which uses grains that were used by local breweries.

No, he doesn’t offer them a taster or a free pint.

As people pass his booth at local farmers markets, though, heads turn to look at the beer mugs in which he displays his product.

But there’s no alcohol in what he’s hawking. It’s a humble granola bar.

The twist is he makes them with leftover grain from local breweries that would otherwise most likely be junked.

And with no shortage of beermakers in Hampton Roads, Daniels’ one-man business has taken off within the past year, despite a pandemic that left him watching two young kids at home.

Now he can’t keep up with demand and hopes to open his own Virginia Beach facility dedicated to his company, All Good Craft Granola Bars.

Daniels never set out to have a food business — he’s not one to be the chef at home, he said.

After earning a degree in information technology from Virginia Tech, Daniels worked at the health insurer Anthem for about 16 years doing data analysis.

He’d been homebrewing beer with friends for a while when he started mulling what to do with leftover grains and tried his hand at making granola bars with them. He’d bring it to his office, and soon coworkers were swinging by all the time, paying him for a bar.