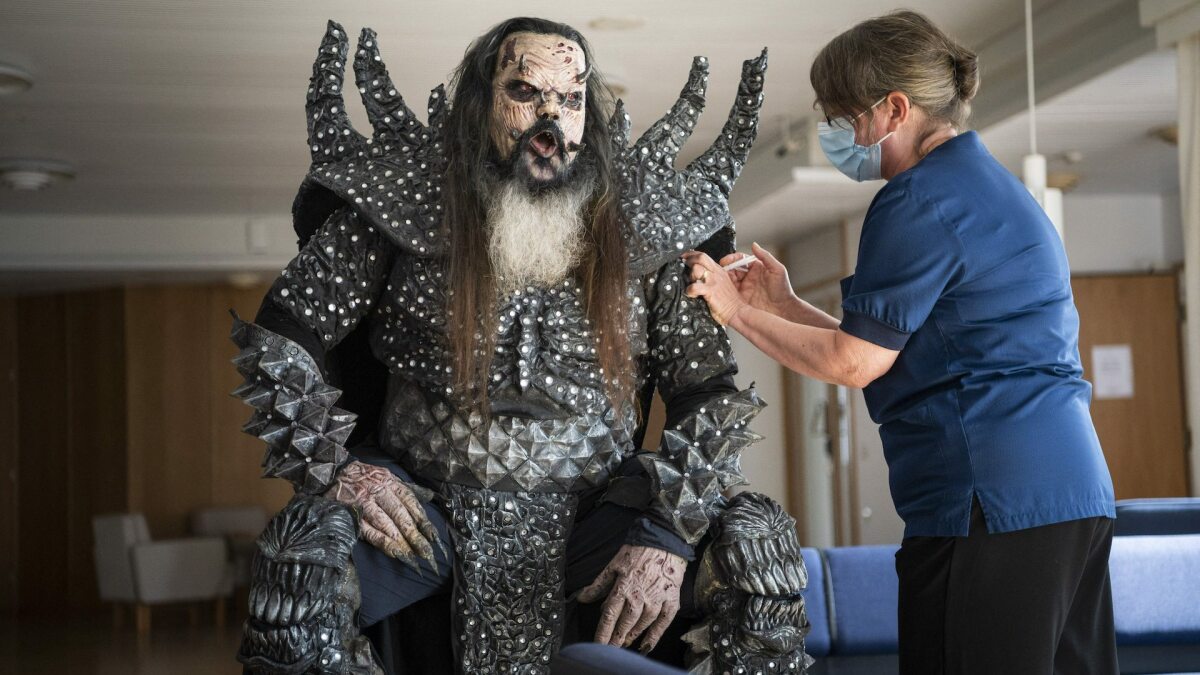 We’ve seen a fair few inspiring images of famous people posting photos of themselves getting the COVID-19 vaccine, but few rival a photograph taken on Sunday.

Tomi Petteri Putaansuu of the Finnish hard rock band Lordi got his second dose of the COVID-19 vaccination on Sunday, in full garb.

Better known as Mr Lordi, the musician and costume maker received his shot from nurse Paula Ylitalo at a pop-up vaccination site in Rovaniemi, Finland. The event was meant to encourage people in the city, especially younger people, to get the vaccine, and to promote use of government-funded rapid tests, reports Finland’s English-language news site Yle.

“They put a big needle in my arm, and that’s exactly why I came here,” he told the publisher.

With just 35.45 percent of people in Finland having had a double dose of a COVID-19 vaccine, it’s a good time to generate awareness with moments like this.

The most heartwarming reunions and hugs post-COVID-19 vaccine

With their song “Hard Rock Hallelujah,” Lordi won the Eurovision Song Contest title in 2006, the first and only time Finland has won it. Dressed in their signature monstrous masks and costumes, Lordi was also the first metal band to win it, and were not without their conservative religious critics.

Suffice to say, Lordi knows how to draw attention, and using it to promote getting the COVID-19 vaccine is one hell of a power move.