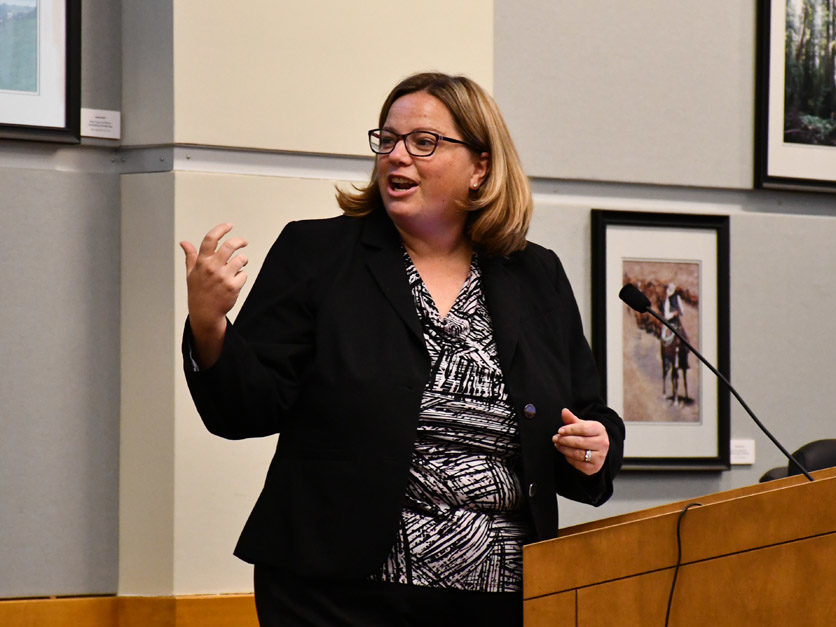 President Joe Biden on Tuesday announced his intent to nominate Jenny Lester Moffitt, a California ag official and organic walnut farmer, to a position that would put her in charge of administering the Agriculture Department’s marketing and animal and plant health efforts.

If confirmed as the Undersecretary for Marketing and Regulatory Programs, Moffitt would be charged with leading USDA’s mission area that includes the Agricultural Marketing Service, which oversees organic programs and other value-added efforts, and Animal and Plant Health Inspection Service.

In a statement, Ag Secretary Tom Vilsack said Moffitt’s nomination “demonstrates that USDA is committed to putting the perspective of our producers at the heart of what we do.”

“Jenny says that growing up and working on the farm solidified the importance of taking care of the land and the people who farm it,” Vilsack said. “If confirmed, Jenny will join a mission area that is focused on facilitating the domestic and international marketing of U.S. agricultural products, ensuring the health and care of animals and plants, and setting national and international standards – all tasks that she is well suited to take on.”

Moffitt currently serves as undersecretary at the California Department of Food and Agriculture, a position she has served in since Feb. 2018. The position, the number two role in the department, has included her leading climate efforts on behalf of CDFA. In 2015, she served as the deputy secretary of CDFA.

She served on the Central Valley Regional Water Quality Control Board and also worked for American Farmland Trust where she was an education, outreach, and research specialist as well as a land projects specialist.

Moffitt joins Robert Bonnie as the only other undersecretary pick to be announced. Bonnie, currently Vilsack’s chief climate adviser, has been tapped as the next undersecretary for Farm Production and Conservation, a mission area containing the Farm Service Agency, Risk Management Agency, and Natural Resources Conservation Service. On Tuesday, the White House submitted Bonnie’s nomination to the Senate.

Story updated to include Vilsack statement and Bonnie nomination.

For more news, go to www.Agri-Pulse.com.