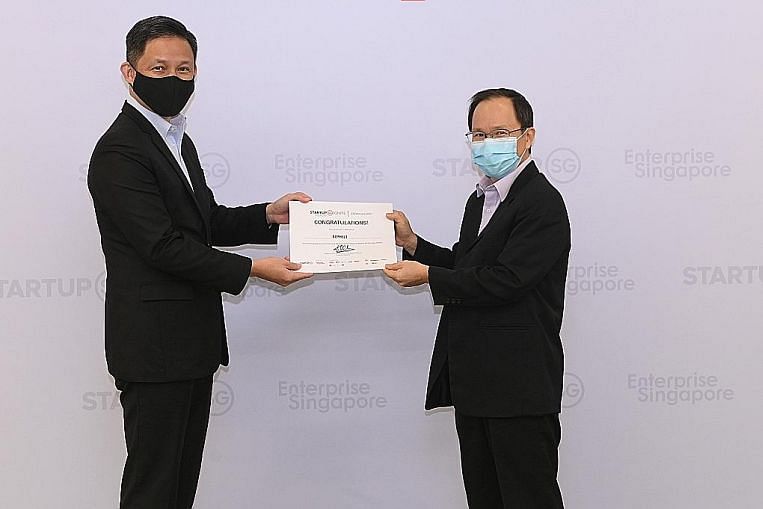 He was encouraged by a professor at the Singapore University of Social Sciences (SUSS), where he is an alumnus, to take part in the Venture Building program, which is part of Enterprise Singapore’s expanded Startup SG Founder Program.

Mr Lim’s idea was to create a platform to meet the increasing soft food needs for an aging population, inspired by the availability of local flavors in Hong Kong, Taiwan and Japan.

He said, “We entered this venture building program with a ‘fun’ idea. Can we make, manufacture and supply local soft foods in Singapore?

“The program provided a safe space for social experimentation.

“We were totally surprised by the traction, acceptance and learning.”

The innovative business idea led Mr. Lim, who received a Master of Gerontology from SUSS in 2017, to become one of the winners of an event yesterday where 14 teams presented their ideas.

The three-month venture building programs are supported by several universities.

Mr. Lim has had a long career, including as a naval officer, senior manager in the logistics industry and manager of a nursing home.

The Konnect online platform aims to bring consumers, food manufacturers and stakeholders together to create and buy soft foods that are familiar and visually appealing.

The platform is currently aimed at local buyers.

So far he has around five food producers on board.

Initially, they managed to sell curry puffs through the platform and had more than 10 transactions.

He said potential sources of income could include selling soft food recipes and educating people who want to learn how to make soft foods for their elderly loved ones.