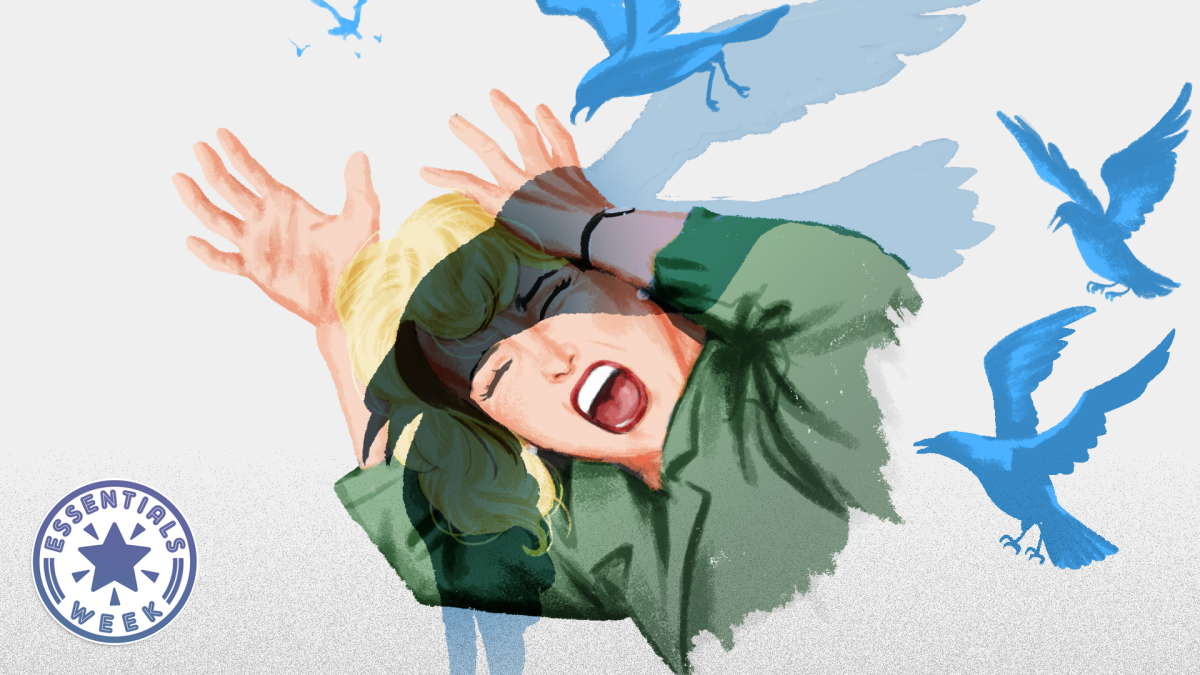 I love the online friendships I’ve fostered through K-pop fancams, Gossip Girl memes, and media industry woes. And I hate the fact that everything I’ve learned about NFTs has been against my will because some cryptoperson tweeted it into the ether and it has now been retweeted onto my timeline. In the spirit of truthfulness, I feel extremely validated by retweets, likes, and positive replies. I am a Virgo. I run solely on coffee and validation from others.

But, ultimately, I hate how addicted I am to this app. My iPhone tells me that I currently spend more than 15 hours a week on Twitter, or just a little over two hours a day — and that’s not accounting for all of the hours I put in on my desktop throughout the work day.

I’m not alone in my habitual need to stay chronically online. The average person spends two hours and 24 minutes per day on social media apps, and for older members of Gen Z, that’s closer to 3 hours.

I joined Twitter in February of 2009, when I was a sophomore in college. According to the archives, I mainly tweeted about pop culture, pulling all-nighters in the library, and … salads. As my job as an entertainment reporter became increasingly intertwined with my online persona, even affording me a coveted blue check mark, Twitter started to feel like a necessity; it was an essential marketing tool for young people to break through corporate barriers and hone their voices in real-time. In 2012, Twitter felt like a revolution.

I told you my old tweets were harmless and embarrassing.
Credit: Twitter/crystalbell

Almost 10 years later, it feels more like a cautionary tale.

Don’t get me wrong: Twitter can still open doors for marginalized writers and creatives, and it can foster a real sense of community and belonging. Yet, it has also become a space where racism and violence fester. That disproportionately affects women, especially Black women, who are 84 percent more likely to receive abuse on the app, according to a study conducted by Amnesty International and Element AI.

I can’t speak for all Twitter users. Everyone’s experience on the app is different. I reached a breaking point in February, when the online harassment got so bad I made my account private and re-evaluated my entire approach to Twitter.

As a woman online who writes primarily about music and fandom, I have experienced the ire of passionate fan bases. Sadly, it comes with the job. There have been times when those criticisms can lead to real, constructive discourse. But as Twitter becomes increasingly weaponized by stans, those instances have become few and far between. After all, it’s hard to search through hundreds of instances of threats and abuse to find the people who want to give you helpful feedback. Even engaging with those tweets results in more harassment. It just became too much. And it made me too sad amid a pandemic that had already destroyed my confidence and self-worth. Every time I opened the app, it was like ripping open a fresh wound. And the worst part was that I was knowingly inflicting the pain upon myself.

So upon a recommendation from a friend, I finally changed my app settings. I closed my DMs. I muted hundreds of words, names, hashtags, and accounts — 716 in total, across several languages — like a woman possessed. I limited my notifications so that I can only see replies from the people I follow. (If I’m not already following you, I literally can’t see a single thing you tweet me. I have never known such peace online.)

It took me less than an hour to radically, and positively, impact my time on Twitter.

I know this sounds obvious. Because it is. That’s what those settings are there for, to customize your online experience. But for years, I thought that in order to do my job well, I had to be as online as possible — to always accommodate others, to answer their DMs and wittily engage in the discourse of the day. How would others know that I’m good at what I do unless they see it? Unless I have a following and a presence that can validate my authority?

By simply changing my notification settings, I’m less consumed by what people are saying online and more present in my own life.

But the less I engaged with people on Twitter, the more I actually started to enjoy it again. And the strange thing is that it completely changed my relationship to the app and to tweeting in general. I’m still on Twitter every day, but now I never check my notifications — and I no longer have the sick, twisted impulse to search my name on the app to see what people are saying about me. (Whatever you do, don’t do that. Though, it is how I learned that some stan accounts refer to me as “that crystal ball girlie” in online spaces, which I find amusing.)

More importantly, I no longer feel anxious if I haven’t tweeted all day. Yes, I do spend two hours a day on Twitter (to be fair, I am a digital culture editor, so I do have to be somewhat online), but would you believe me if I told you that it used to be worse? By simply changing my notification settings, I’m less consumed by what people are saying online and more present in my own life.

It’s not a perfect fix. I will occasionally satisfy the urge to look, ever so briefly. When a recent tweet of mine was ratioed by a fandom, I had no idea it was even happening until an angry fan emailed me to demand I delete the years-old tweet. It was surreal to realize that for once I was being harassed and I didn’t even know it. I was living in blissful ignorance. Of course, then I spent 20 minutes looking through tweets, but the dread I used to feel — the pit in my stomach that would eat away at all of my remaining self-esteem — was nowhere to be found. For the first time in my professional, online life, I could exhale.

I know that Twitter isn’t the ideal forum for empathy. At the end of the day, we’re all just pixels on a screen. I used to think that the only validation I could get was from others, like the people who replied to me, liked my tweet, or even retweeted something I wrote. But my online experience is so much more enjoyable now that I’ve learned how to validate myself.