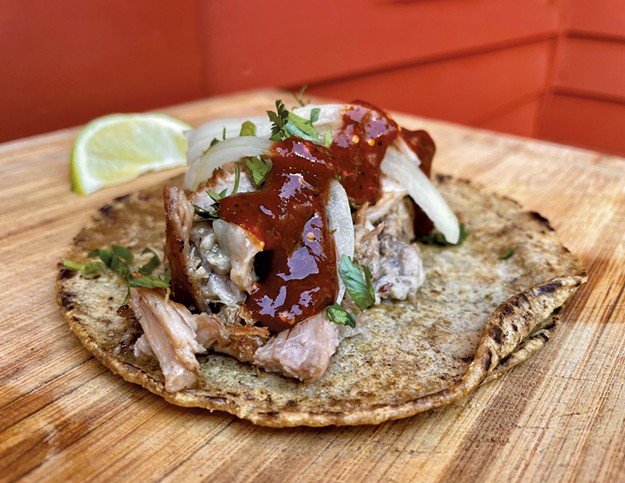 Starting on September 23, married couple Mario Dominguez Hernandez and Anne Kellogg of Hinesburg-based Las Hermosas will host Friday taco nights at Vivid Coffee at 150 Cherry Street in Burlington. From 5 to 8 p.m. or until food is sold out, customers can order on-site and eat at the café or take food to go. Vivid Coffee will offer natural wine pairings.

The menu of tacos will vary weekly, with choices such as slow-braised pork carnitas with pickled onions, cilantro and lime. A vegetarian option will always be on offer, such as roasted cauliflower with golden raisins and pickled jalapeños, cucumber-mint-lime salsa, paprika vinaigrette and crema. Freshly fried chips and housemade verde and rojo salsas round out the menu.

Offerings may expand later this fall with additional authentic Mexican dishes cooked by Dominguez Hernandez, said Kellogg, 42: “We will take it as it goes.” Her husband, a 47-year-old native of Mexico City, has cooked professionally for more than 20 years. 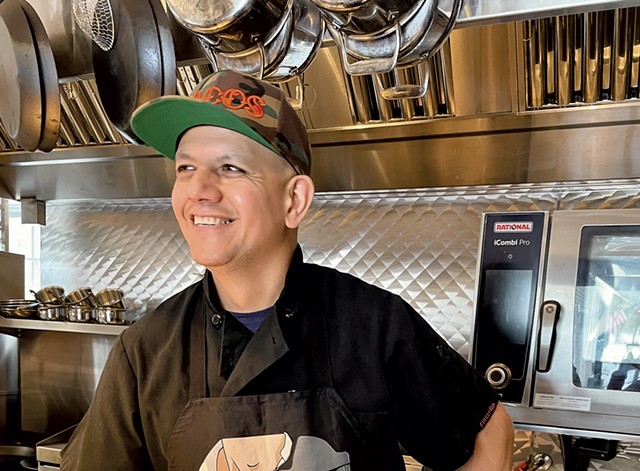 The two met while working for Zingerman’s, a nationally known group of food-related businesses based in Ann Arbor, Mich. Dominguez Hernandez was sous chef at Zingerman’s Roadhouse, and Kellogg worked for the ZingTrain consulting company. The couple and their two young daughters moved to Vermont from Michigan in August 2020 to be closer to Kellogg’s family.

Both currently work for Healthy Living Market & Café; Dominguez Hernandez is the chef at the South Burlington store.

For now, the couple said, Las Hermosas is a side gig and a way to gauge interest in possible future projects. They started the business with a handful of taco pop-ups at Red Barn Kitchen in Charlotte and Bucky’s Pub in Hinesburg in late spring and early summer 2022.

At that time, Dominguez Hernandez told Seven Days that he and Kellogg “want to open something one day.” His wife added, “That’s the hope and the dream. This is a way to put roots down in the food community.”