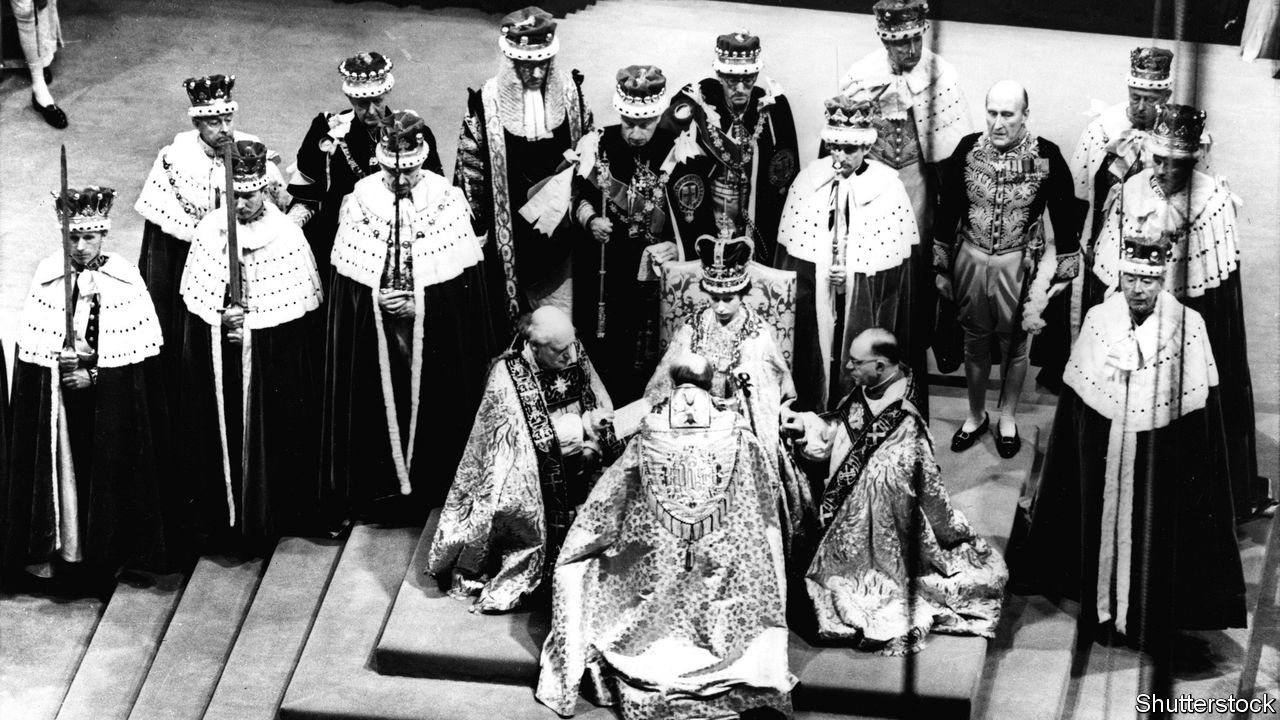 ON SATURDAY MAY 6TH 2023, King Charles III will be crowned in Westminster Abbey. The ceremony will involve rites that date back more than a millennium; holy oil seasoned with cinnamon, jasmine and civet-cat musk; and, if history is any guide, a sudden spike in sales of some unexpected consumer products. For among his other ancient royal roles—king, head of the Commonwealth, Defender of the Faith—the new monarch also takes his place at the head of a de facto royal marketing board.

The royal family has remarkable power to make things fly off the shelves. Elizabeth II’s coronation in 1953 prompted a surge in sales of television sets. It also did wonders for curry powder, used in “coronation chicken”, a still-popular dish created for the event. When the queen died, after 70 years of regally discreet product placement, the cost of buying a corgi (her favourite type of dog) doubled, and Dubonnet (her preferred tipple) sold out across Britain.

Perhaps most influential, however, is the Royal Warrant—a sort of knighthood for products, which is bestowed upon goods and services regularly supplied to senior members of the royal family. It permits a firm to sport a royal coat of arms on its whisky bottle, horse-feed or tomato ketchup, with the words “By Appointment”.

What products might benefit from Charles’s coronation? Given current attitudes to empire and the new king’s green credentials, his coronation feast is less likely to feature curried food than humble (but definitely organic) pie. As for Royal Warrants, more healthy, plant-based products seem likely to receive the royal stamp. Fountain pens, less so. A video went viral in September of him signing a visitors’ book with a pen that leaked all over his hand. “Bloody thing,” the king exclaimed.■