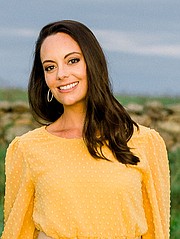 Marketing via social media now has a face, or a bunch of faces in the form of “influencers,” who can get dolled up, sit back and take a selfie wearing the latest, put it out there for the world to see, and collect a paycheck. It’s called “influencer” marketing, and is defined as a form of social media marketing involving endorsements and product placement from influencers who have a purported expert level of knowledge or social influence in their field.

Alexandria resident Heather Mills found her niche with Aldi grocery stores and recipes she’s made and now has 57,000 followers.

“You need to have a passion,” she said, and her passion started with Aldi grocery stores, and then branched out to the food recipes she makes from her Aldi foods. It is a side gig for Mills, and she admits that the swag bags and free samples the companies send her is part of the fun too. Her passion for cooking, food photography and Instagram are enough to keep her at it, and the latest recipe she’s tried is Red Bag Chicken, and now it has “a cult following,” she said. She knows Aldi influencers from all over the country, including Ashley Williams, another Aldi fan who she knows through online contact. “I’ve made some online friends through it,” Mills said. Williams also promotes Aldi things, and they both get incentives through the commercial entities that make the products, not Aldi.

Williams is an influencer with several outlets in addition to Aldi’s including Sam’s Club, and Walmart. “It’s a fantastic way for brands to market their products,” she said. Williams builds an audience and gains their trust by putting out things on Instagram, and that became the basis of her job as an influencer. It’s grown from there. “When you build a relationship with your audience, they trust you when you recommend a product, which is why it is important to maintain their trust and put your word behind only products you really support,” she said via email. “I started Oh Hey Walmart in December 2020, I was already running @ohheysamsclub and @ohheyaldi and really enjoyed it. I felt like Walmart carries some good gems that could be dug up. I learned so much from starting the other two channels, I applied that experience to Oh Hey Walmart and it took off,” Williams said.

Influencers at the Chamber

Bonnie Taylor, the Chief Marketing Strategist at CSS Innovations, works with the Northern Virginia Chamber of Commerce marketing department and has seen the influencer culture there too. The influencers have the name, and businesses like big names behind their products. “Social media influencers are not too different from pitch people or celebrities used in advertising or other promotional efforts,” Taylor said.

“When you build a relationship with your audience, they trust you when you recommend a product, which is why it is important to maintain their trust and put your word behind only products you really support.”

A marketing agency called “Hey Influencers” has a page on Instagram full of influencers doing their stuff. This includes a model with pouty lips and perfect hair showing off a new line of make-up, another taking a selfie in the mirror, and various hats and sunglasses shots at tropical locales. On the page are clips from text conversations: “Crazy how I planned a bunch of stuff to do today but now that it’s raining, I legally cannot” said one. “A parcel a day keeps the sadness away,” said another. This is a conversation of sorts to build familiarity with the reader.

Hey Influencers was started by Gretta van Riel, and used her 16 million combined followers on Instagram to learn how to leverage the power of social media influencers to build a successful brand, their website says. Some of her successes include companies like “SkinnyMe Tea,” “Drop Bottle,” “Skintox Co” and “The 5th Watches.”