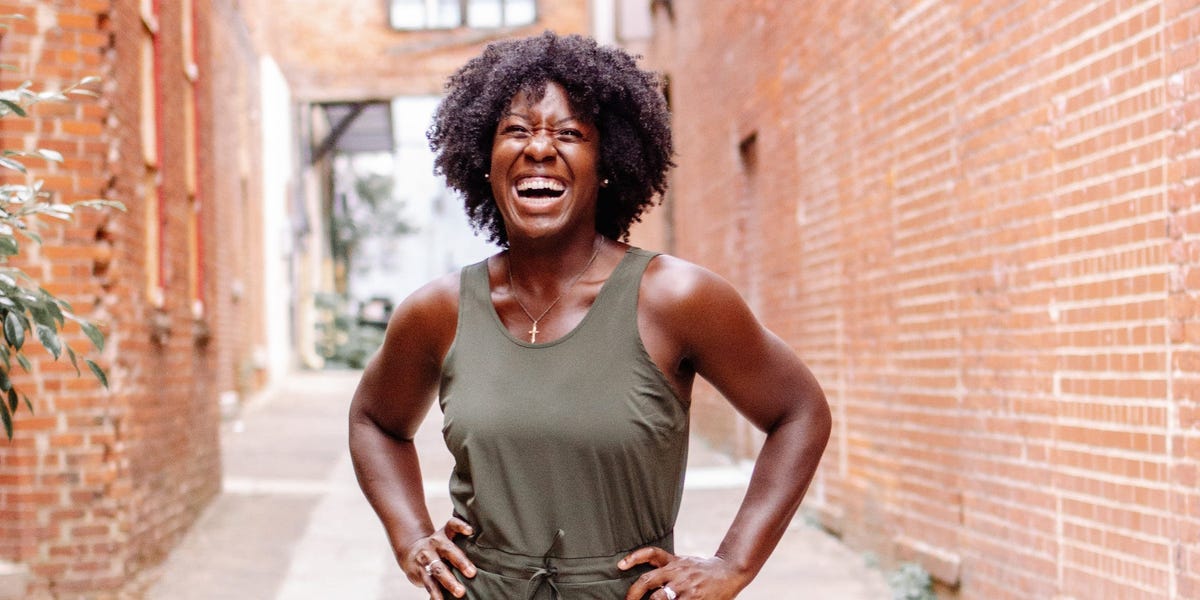 I knew what I was getting into.

I’m a first-generation college grad born to two amazing parents from South America. I prepared to graduate from a private, all-girls, college-preparatory high school at 16, got a partial academic scholarship to a private university, and proceeded to take out $15,000 a year in federal Stafford and parent plus loans to cover the rest. (Fun fact: no one, not even the government, is willing to lend to a college-bound kid who’s not even remotely 18 yet. This meant my parents had to put their credit on the line to help me finance my education. I know that’s not unorthodox, but it would’ve been nice to at least have the option to shoulder the burden myself from the outset.)

So, let’s recap. It’s 2008, I’m aware America’s economy is going up in flames, but I got a pretty significant scholarship to attend college — which no one in my immediate family has done before. I went in with my eyes wide open, researching interest rates, deciding against private loans, refusing to accept my dad dipping into his 401k to fund my endeavor, and getting an on-campus job to subsidize costs while I was in school. (I obviously wasn’t aware of what we should all know by now — women, and Black women in particular, are disproportionately ensnared in student debt.)

“There’s more you could have done!” say folks who refuse to empathize with us (greedy/lazy/opportunistic/careless?!) millennials. “You chose to play rugby and spend frivolously on cleats, gas, and stitches for your unnecessarily procured gaping wounds! You could’ve sold a kidney, donated plasma, or went to a community college! How dare you even begin to complain about a college experience you knew would cost so much?!”

Stop right there, y’all. I knew. I was ready.

I lay awake at 20 years old in the spring of my senior year with unwavering determination. I was going to get a kick-ass job in journalism/communications/marketing and not even wait the six-month deferment period to allow my loan’s interest to capitalize. I viewed my loan balance as yet another thiccc rugby woman I had to stiff-arm into submission (and I’d had plenty of practice). I wasn’t scared. I’d incurred a significant fee to finance an education I both desired and relished the process of receiving … and I was ready to pay when my bill came due. I understood that each promissory note was another proverbial nail in my coffin.

This is what folks who stridently and stubbornly refuse to empathize with young student loan borrowers will never understand.

Many of us operate as though no one will save us, forgive our debt, and pretend our responsibility has ended. There are millions of us who lose sleep every night for years, plugging formulas into Excel spreadsheets and debt repayment calculators, budgeting for jobs they apply for mere months after enrolling in school. There are countless tears, anxieties, and plans that result in this burden we know we are accountable for.

Before I’d turned 21, I already accepted that the remainder of the decade would be spent in service to the investment I’d made when I was still too young to vote.

So I got down to it. I’m 30 now, and I’ve never missed a student loan payment. The monthly bills have fluctuated between $462 and $2,695 dollars per month, but I have never. missed. a single one.

Yes, you read that right.

A 21-year-old who never missed a monthly $450+ student loan payment financed by the United States government saw her balance increase by over $20,000 over the course of six years.

And I’m going to call bullshit on that.

I made my debt a massive priority. But when the minimum payment for my federal 8.5% interest rate loan is nearly $500, I will not accept that the issue lies with me. A kid with a degree bringing home $50,000 a year three years out of school should be able to make at least a dent in her debt burden. Instead of seeing my diligence rewarded, I saw my balance increase.

It’s earth-shattering. It’s enough to make you question if you’re insane; if you’ve been reading your billing statements correctly; if the loan officers you call every quarter are lying to you; if you’re the reason your efforts are failing.

But I’m still at it, y’all. I refinanced my loans to a 5.25% interest rate because my credit is over 815 at this point (yes, I’m proud). I married — which, besides being the best decision I ever made for my heart, also helps because (and I’ll just say it) after paying off his student debt, we’re contributing his entire monthly salary to mine. Every. last. cent.

We’re choosing not to have children partially because we’re already paying the equivalent of Montessori tuition for a non-existent five-year-old.

Hear this: People are feeling all kinds of ways about potential federal student loan forgiveness. I forfeited any possibility of that when I refinanced my loans with a private company three years ago, and I’d do it again in a heartbeat. I pray every night for the millions of folks still paying endlessly to the government to get their loans forgiven. They deserve it. They’re still sprinting up a treacherous mountain with no end in sight, paying astounding amounts of interest while suffocating under the weight of other basic financial responsibilities.

I wanted to be out of that hell so badly that I gave up any hope of a government bailout. If I still had federal loans, I’d still be running in place. I will support anyone who is still trapped in that federal student debt purgatory and sees their loans forgiven, because I know that pain. I feel that strife. When they are free, we’ll all be free. Their salvation couldn’t possibly deny me the sweet reprieve of my efforts for all of these years.

My husband and I are now paying twice the amount of our mortgage to my student loans every month. From the fall of 2018 to now, my balance has decreased from over $82,000 to $44,000. It’s the first thing I think about when I wake up and the last thing we talk about most nights before bed.

Sometimes, people ask me if I ever think about graduate school and it makes me want to vomit. Even as the pursuit of knowledge calls out to me, the shadowy nightmare of its cost keeps me far from ever considering it.