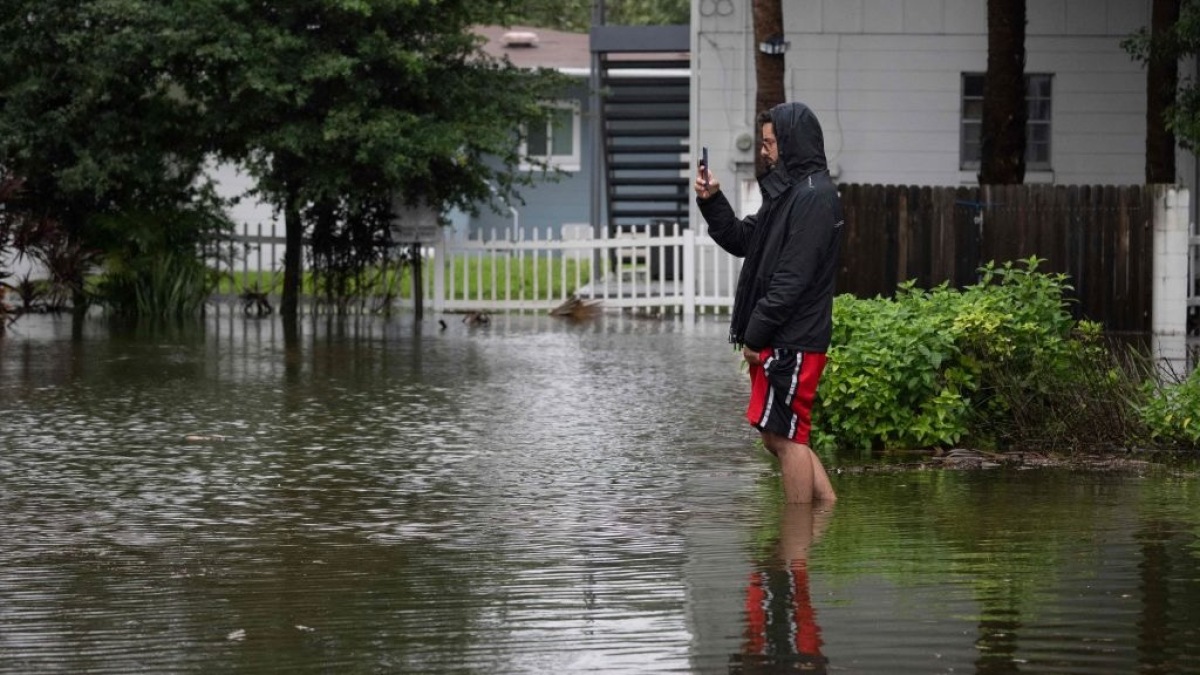 I was online, like I always seem to be, when Hurricane Ian made landfall in Florida earlier this week. I flicked through Twitter and endlessly scrolled TikTok as the afternoon stretched into evening.

It was a weird, troubling experience. Being online during a natural disaster like Ian is a strange mix of live devastation and the usual internet oddities. Flood waters rising and people memeing it in real time in an endless stream of updates. That is the essence of being online in 2022: Everything is awful, let’s keep scrolling.

We’re just now beginning to see the actual toll Ian took. The Sun Sentinel reported at least 21 people have died in Florida, with thousands more people left unaccounted. Millions were without power Friday after the Category 4 storm pummeled the state with high winds and flooding. Even for a state quite familiar with hurricanes, Ian proved to be particularly awful.

“This could be the deadliest hurricane in Florida’s history,” President Joe Biden said Thursday afternoon. “The numbers are still unclear, but we’re hearing early reports of what may be substantial loss of life.”

As this deadly storm reached its peek this week, the first viral video I saw was…of a shark. It’s a bit of internet lore: a fake image of a shark swimming through a disaster zone that famously resurfaces during big storms. The first illegitimate photo, of a shark swimming on a highway, appeared in 2011 amid Hurricane Irene. Since then, there’s been various reiterations of the meme. So when a real video of what appears to be a small shark (or some other type of fish) thrashing about on a flooded street in Fort Myers, Florida, surfaced during Ian, people immediately started sharing it across their feeds. The short clip has since racked up more than 13 million views.

Tweet may have been deleted
(opens in a new tab)

Hurricane Shark wasn’t the only video to go viral as Ian hit. Some dude ran out to fly a Philadelphia Eagles flag as the storm made landfall. In another clip, people swam in the storm surge (which we definitely don’t advise). On TikTok, you could watch as zookeepers cheerfully walked storks and other animals to a bathroom for safety.

I’d categorize all these videos as curiosities: surreal clips of animals outside of their habitats and people making bad decisions, two hallmarks of the internet. You might even call it fun, depending on which social media platform you were on. Because over on a different corner of the internet, the legitimate horrors of Hurricane Ian were inescapable.

On TikTok, people went live as their homes were flooded, seemingly unprepared for the damage and dealing with real, serious danger. As The Washington Post’s Taylor Lorenz noted on Twitter, TikTok is the place for real-time news. Scrolling through my FYP was like watching a found-footage horror movie in real time. The footage became so overwhelming that I had to put my phone down. Seeing all these people in real-life danger was harrowing to watch, and it made me feel helpless. There was no relief from TikTok’s savvy algorithm.

Of course, there was also your usual clout-grifting off the wake of the storm. Lorenz noted people were stealing streams and pretending they were authentic. NBC News culture reporter Kat Tenbarge posted that people were asking for engagement on their content as the storm played out.

Tweet may have been deleted
(opens in a new tab)

This is all to say that while there may be a very real Hurricane Shark out there, swimming down a Florida street, the internet in which it exists hasn’t changed very much since 2011. People are still exploiting a natural disaster for clicks, even those at the center of the storm. There’s a fine line between documenting an event and filming things for clout, asking people to follow along. And even the same hoaxes popped up on our timelines (Hurricane Shark, meet Street Manatee). Even as the internet evolves, our online behavior doesn’t.

As Bo Burnham once sang, the internet is a little bit of everything all of the time. Even in the eye of a storm, that remains true.