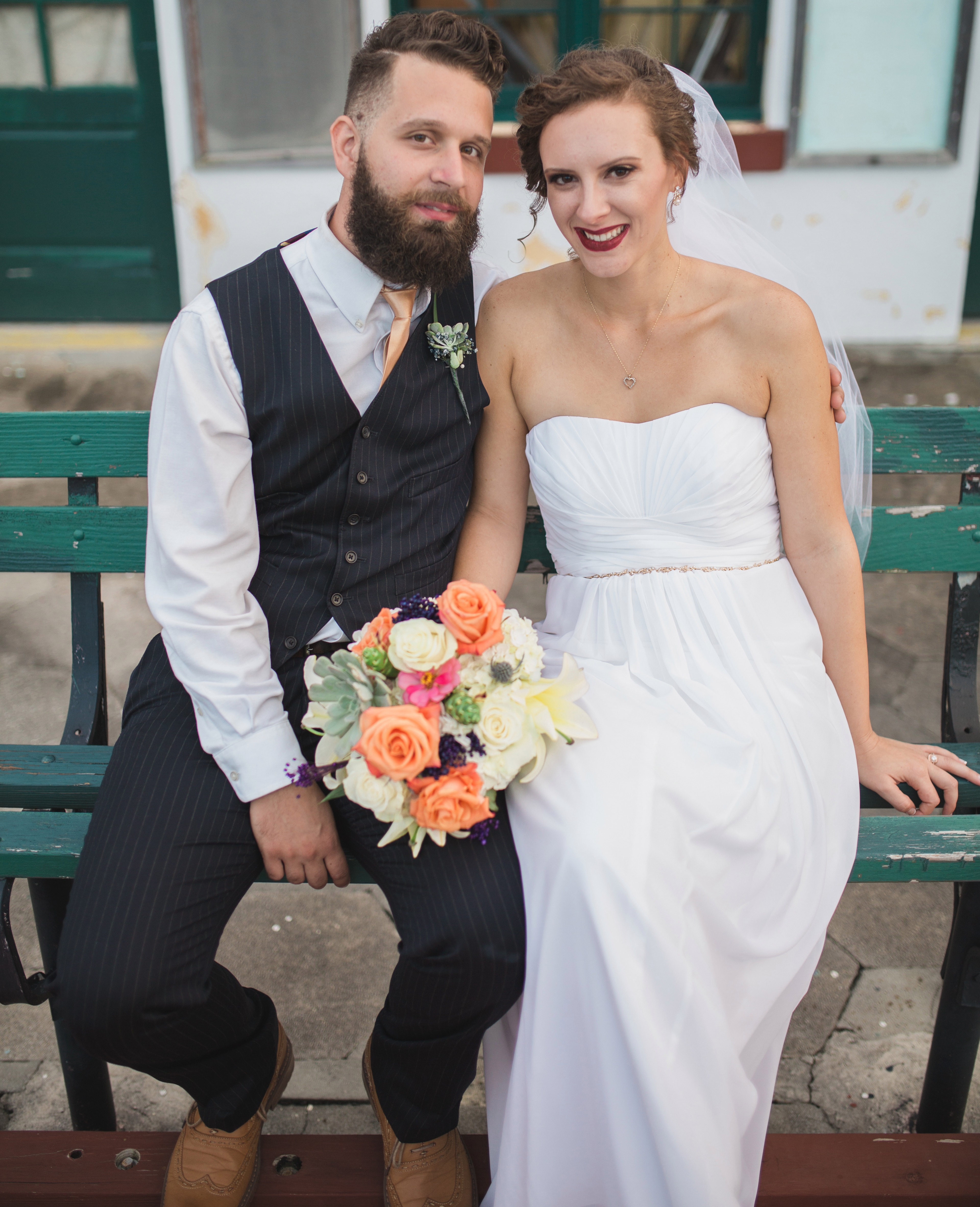 JEN and Travis Smith decided to get out of the red as they got engaged – and they now live debt-free thanks to no-spend challenges.

Travis and Jen Smith – pictured with their son Kairos, two – paid off $78,000 worth of debt in two years

But as they planned to tie the knot, Travis was keen to get rid of it and he convinced Jen too.

Jen, who runs the weekly Frugal Friends podcast with her friend Jill, told The Sun: “I was too scared to start to pay off the debt.

“It was a huge number and more than I made in a year alone.

“But then I was also a little ashamed that I was bringing over double the amount of debt to the marriage.”

In order to get out of debt, most people have to reduce their spending or make extra money, if not both.

The couple, who’ve since been joined in the Florida home by their son Karios, two, initially tried to do the latter in October 2015.

At the time, Travis was unemployed so he started driving for Uber and doing other side hustles.

While Jen, who worked as an acupuncturist 25 hours a week, did extra shifts at a foster home and data entry online, which boosted her hours to 60 or 70 per week.

‘I developed shingles from working so much’

Jen said: “Within two months, I had developed shingles from working so much.

“I realised pretty quickly that I wasn’t going to be able to just focus on earning income, I also had to focus on lowering expenses.

“Working all the extra side hustles just wasn’t sustainable.”

Upon realising this, Jen discovered no-spend challenges, which meant she cut out any non-essential spending.

And what started as a New Year’s Resolution to just stop spending and have extra money to throw at her debt, Jen said taught a lot about her expenses.

Travis and Jen, aged 34 and 32, decided to get out of debt as they got married

She said: “There were a lot of expenses that I was scared to give up.

To still get to enjoy the experiences that she loved, Jen got creative so she could still have them but not have to spend money on them.

For example, instead of happy hours, her friends came over to her house and everyone would bring a thing to eat or drink.

Jen said: By doing that and forcing myself to just change my routine, I actually realised that a lot of the expenses I took for granted weren’t the fulfilling part.

“The money spending part was not fulfilling. It was about the community.”

‘The challenges were a snowball effect for saving’

When the challenge was over a month later, Jen had saved around $500 to put towards her debt.

She said: “The amount wasn’t mindblowing. But having the no-spend challenge andthe self discipline to really rein in discretionary spending all added up over the years.

“It was like a snowball effect for saving money.”

When it came to paying off debt, the duo combined two popular methods – the snowball and avalanche method.

The snowball method means you start with the small debts, which can be helpful for people who struggle to stick to a debt management plan.

JEN Smith shared her top tips for clearing debt with The Sun.

Jen and Travis started with the $4,000 car loan, which was the smallest and had an interest rate of around 4%.

They then tackled Jen’s student loan debt at a 6.55% interest rate, before Travis’ debt that came with interest rates of between 3.2% and 4.2%.

By paying off the debt early, the couple saved tens of thousands of dollars in interest.

If Jen had carried on paying a portion of her student loan debt as planned, she’d have forked out $18,000 in interest over the full term.

Fast forward to October 2017, the couple had cleared the debt in full after paying off an average of $4,000 a month.

At the time, the couple lived on less than one income and put the entire other income and side hustle money towards the debt.

Jen said: “It’s not just getting any debt to $0, but it’s about all the things you learn on the journey.

“I think it’s focusing on learning and taking action on what you learn. We still have habits that we formed in those two years.”

Earlier this month, a savvy mom-of-two explained how a family with high debt repayments can fix their finances.

Meanwhile, a blogger paid off more than $99,000 in debt in five years by tweaking popular ways to get out of the red – and you can do it too.