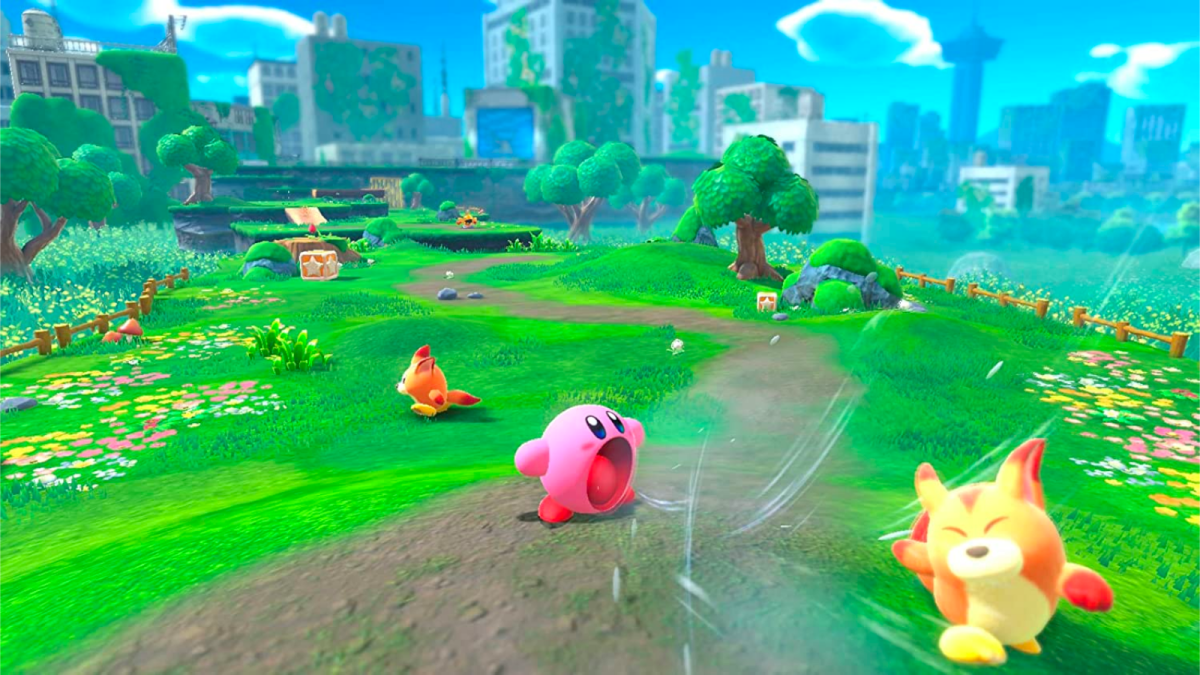 PREORDER: Kirby and the Forgotten Land is launching for the Nintendo Switch on March 25 (peep the new trailer below). You can reserve a copy at Amazon, Walmart, Best Buy, Target, GameStop, or the Nintendo eShop for $59.99 as of Jan. 13.

Deep breaths, everyone: Kirby and the Forgotten Land will make its Nintendo Switch debut on March 25.

Nintendo announced the game’s release date this week alongside a brand new trailer, which previews some additions to the pink puffball’s repertoire of copy abilities and two-player co-op gameplay (see below). If you want to reserve a copy ahead of time, it’s officially up for preorder at Amazon, Walmart, Best Buy, Target, GameStop, and the Nintendo eShop as of Jan. 13.

Featuring full 3D gameplay for the first time in the franchise’s 30-year history, Forgotten Land places our plump protagonist in a post-apocalyptic world filled with overgrown shopping malls, abandoned amusement parks, mysterious jungles, and flooded metropolises — it’s a little The Last of Us, but cuter. (Also, no throat-ripping fungus zombies.) Kirby’s iconic swallow-enemies-to-steal-their-powers shtick will come in real handy as you traverse these mysterious realms on your quest to rescue Waddle Dees from the clutches of the Beast Pack, and you can have an IRL friend tag along as backup by sharing a Joy-Con.

When you’re not busy slurping and spearing enemies, you can explore the main hub of Waddle Dee Town, which grows the more Waddle Dees you save; Kirby can visit different shops there, play games, and even lend a hand (nub?) behind the counter at the Waddle Dee Café. There’s no online play, but you’ll be able to compare your scores with other players by connecting to the internet with a Nintendo Switch Online membership (sold separately).

Hit the link below to lock in your preorder.

Viral Marketing Campaign Examples That Broke The Internet: What Made Them...