There are many reasons you may wish to block someone on Facebook, from safeguarding your privacy to taking care of your mental health. And whatever your reason may be, you’re entirely within your rights to do so.

We’re taking a look at how the blocking process works on Facebook and how to do it.

What does it mean to “block” someone on Facebook?

When you block someone on Facebook, they will no longer be able to see things that you post on your timeline. They will not be able to tag you in their own Facebook posts, photos, or any posts from mutual friends. They can’t send you any event or group invites, and they can’t message you.

If you block someone you’re friends with, you will automatically unfriend them as well. People won’t be notified when you block them.

The quickest way to block someone if you’re viewing Facebook on a browser is to head to the person’s profile page. From there, click on the three dots menu below their cover photo.

Hit the “Block” option, then hit “Confirm” in the pop-up that next appears.

It’s the same overall principle on Facebook’s mobile apps. Head to the person’s profile page and look for the three dots that appear at the top right of the page. Click it.

This takes you through to a sub-menu that has the “Block” option in it. 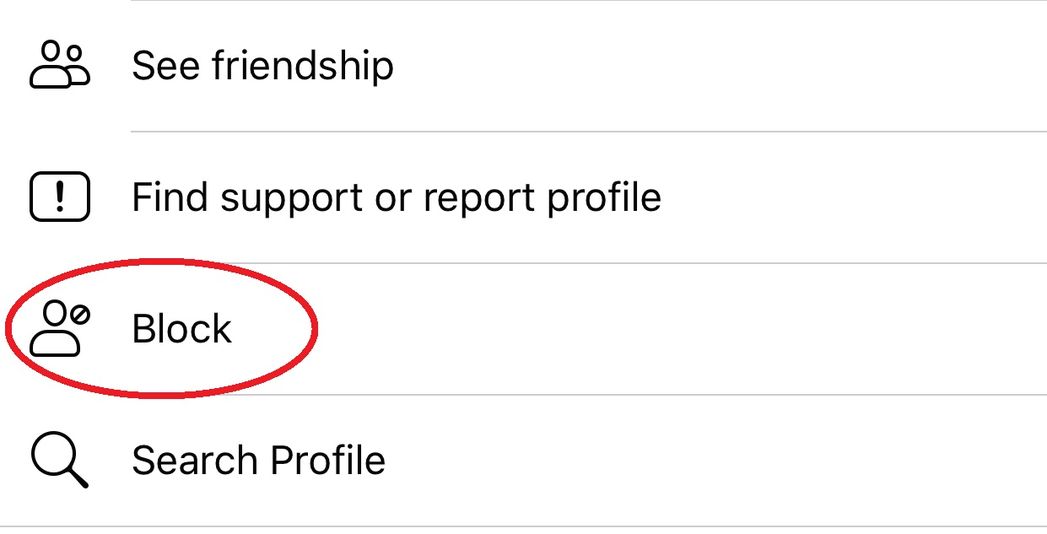 Tap “Block,” then hit “Block” again in the pop-up window that next appears.

How to manage your Facebook block settings on desktop

If you’re using Facebook via a browser, it’s simple to check up on who you have blocked on Facebook, or to unblock someone. You just need to head to your Facebook settings menu.

To do this, click on the circle with a downward-facing arrow that you’ll see at the very top right of your screen. 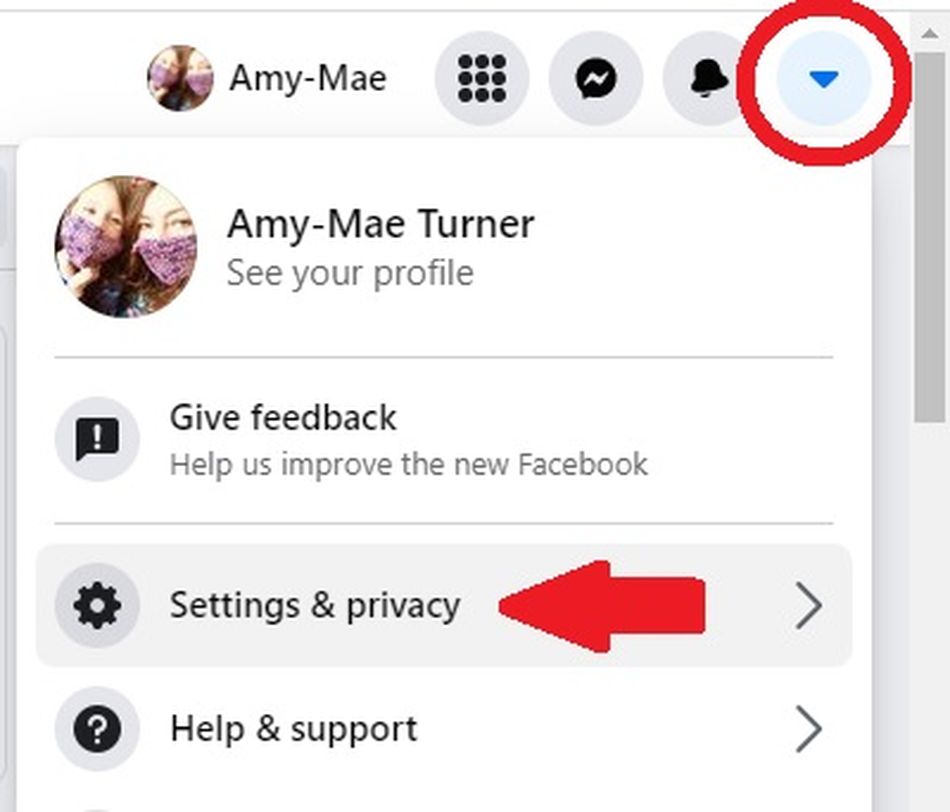 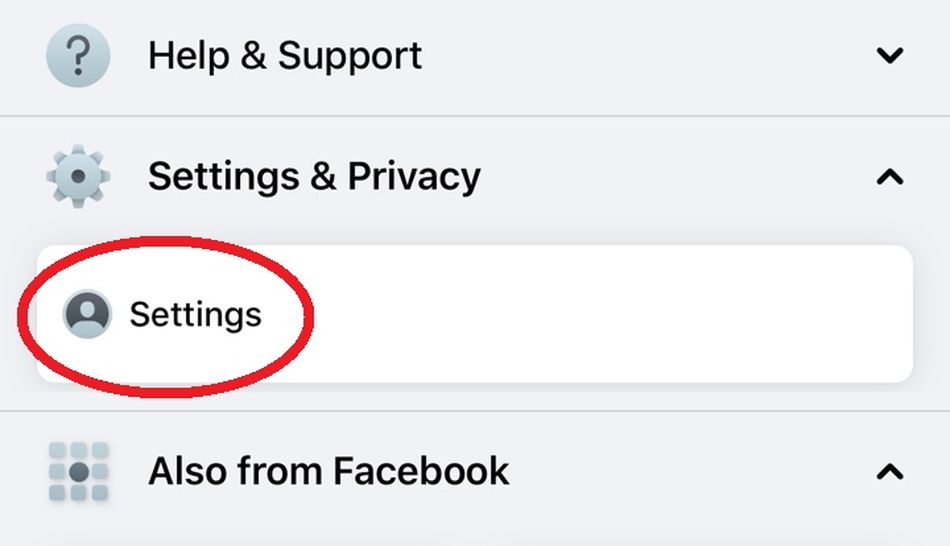 In the next screen, look for “Blocking” on the menu that appears on the left-hand side of your screen. 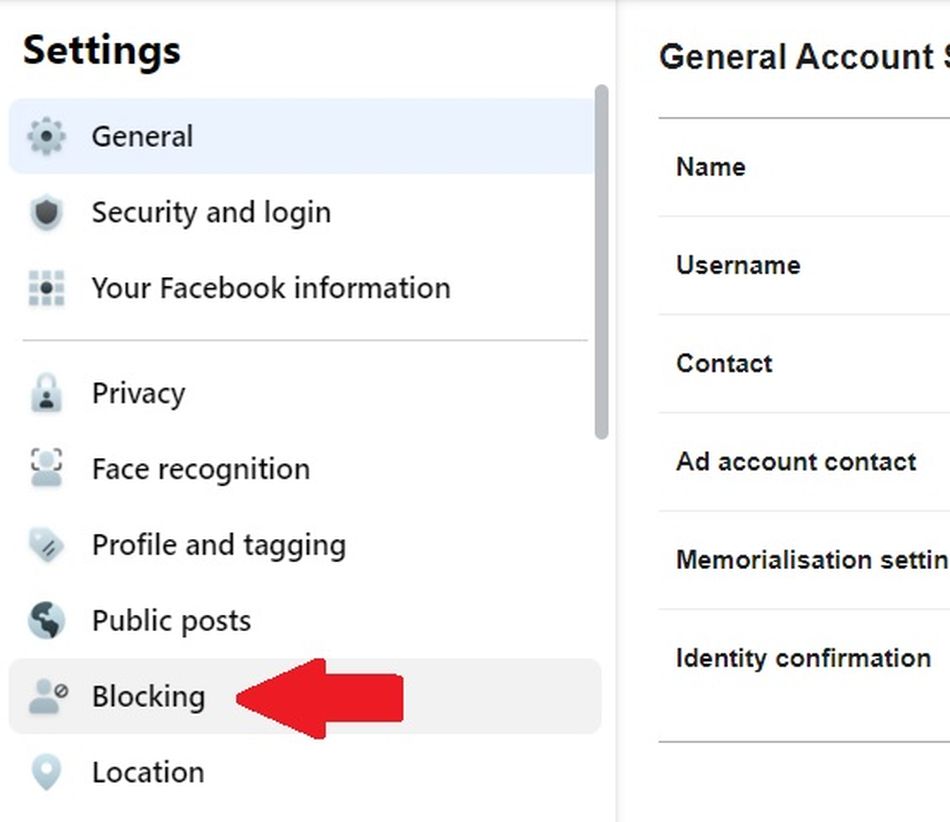 You can block another user by typing their name in the “Block Users” box. You can also unblock someone by clicking the “Unblock” option next to a person’s name.

How to manage your Facebook block settings on mobile apps

The process to check your block list on the Facebook app is a little more convoluted. First, from wherever you are in the app, tap on the blue “F” icon at the bottom of your screen. 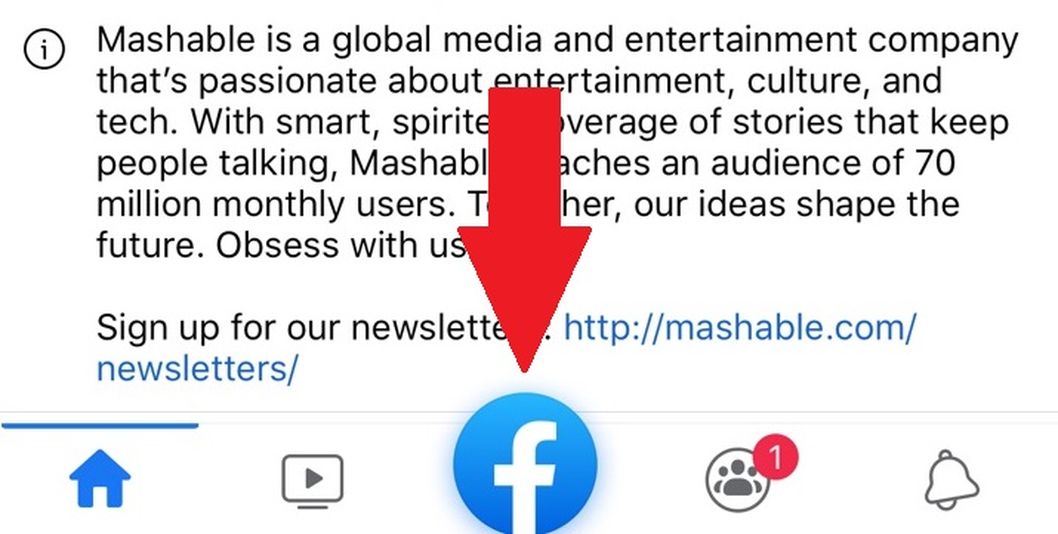 In the next screen, scroll down again to see the “Blocking” option and tap on it. 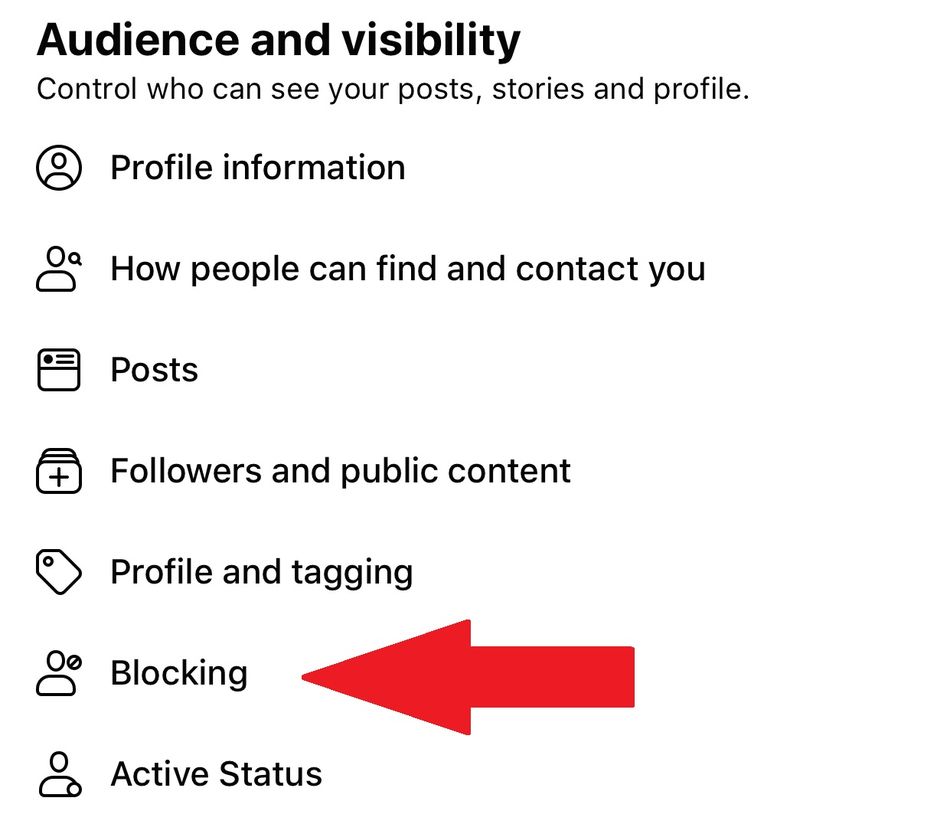 Tap on “Blocking,” and you’ll see your current blocked list. 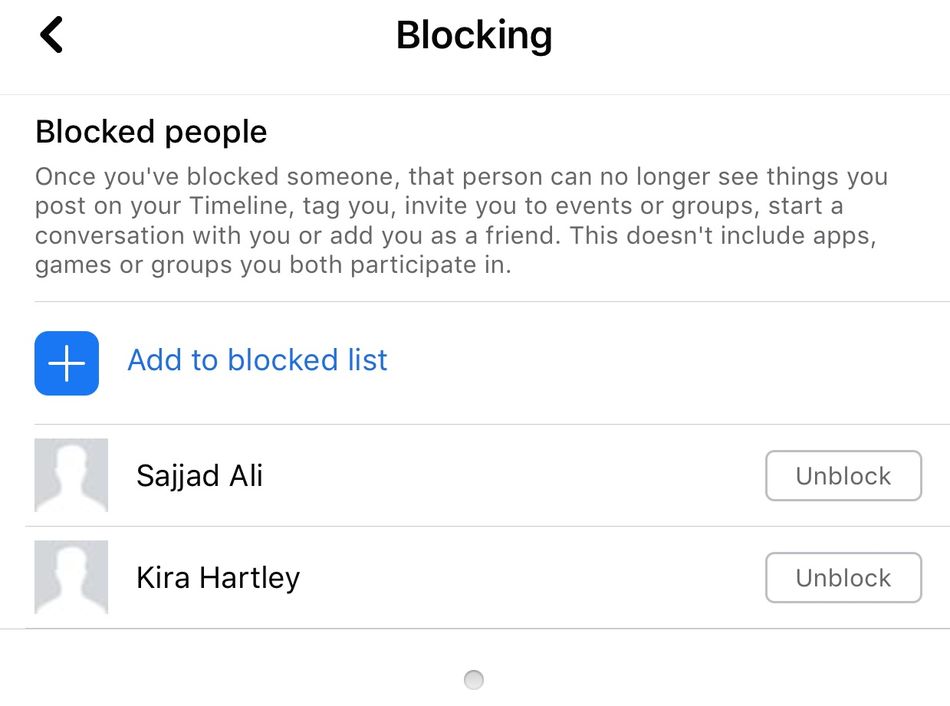 On this screen, you will also see the option to unblock those users, and you can tap the plus icon here to block more users.

If you want to block someone because you’re being bullied or harassed and want to find some help to deal with this, the Cybersmile Foundation can point you in the right direction.