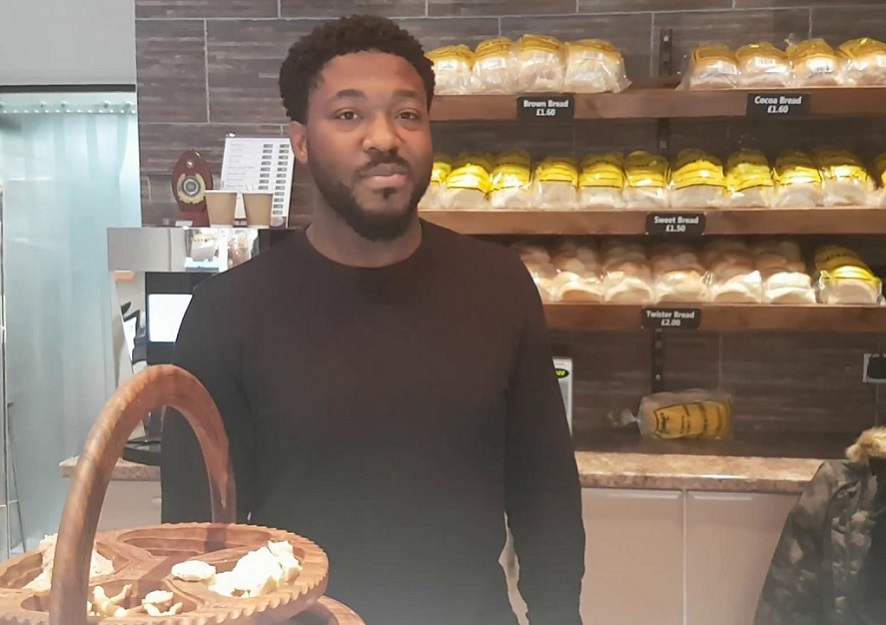 Thirty-nine years ago, John Mensah and his wife Emelia arrived in the UK and settled at Tottenham, North of England, due to the large presence of Ghanaians and other persons of African descent there.

They longed for some things in their home country. For John, his was Ghana’s delicious bread. And so he decided to open a bakery not only to serve himself Ghanaian-made bread but to also share his mom’s, Nana Mary’s sweet bread recipe with the wider Afro-Caribbean community in London.

In 1995, he founded Uncle John’s Bakery, selling a range of loaves of bread, doughnuts, cakes, pies, and savory snacks all made from passed-down Ghanaian family recipes. John’s bakery started as a side gig. He initially made the bread for the home and later decided to commercialize it.

“It was on the side, in the evenings,” John told Vice. “After work, we’d start cooking, you know. Six o’clock in the evening to the morning. I’d sleep two hours. We’d wake up, take the van in the morning and make deliveries.”

For 25 years now, the bakery has grown strong and it is one of the favorite bakeries in London among Africans and Afro-Caribbeans.

Before starting his bakery, John’s family and other African families got their bread from a company that imported them from West Africa. With time, the company’s business became stale.

Coming from Ghana, John knew the significance of ‘word of mouth’ in business growth. He knew that when customers are satisfied with one’s product, they would recommend it to others. And so he would visit the Ghana High Commission with some loaves of bread. With their support and recommendation, he was able to grow his customer base.

Today, John has customers from all across London who stop by his bakery which sits on Tottenham’s West Green Road.

In recent times, John and Emelia have not been at the forefront of managing the bakery. They handed it to their elder son, Sam Mensah, who sadly passed away two months ago of coronavirus. While CEO of the bakery, Sam added his own innovations to the bakery and announced that he would like to start selling fresh juice in addition to baked goods.

The rapper-turned-businessman also created social media accounts for the bakery to not only catch up with modern times but to reach out to new customers. Also, he hired a business development manager as part of his ambitions to expand the bakery as well as signing new wholesalers, including Tesco, his mother’s former employer.

“We’ve refined our recipes a little,” Sam told Vice in 2018. “You can’t really use that exact family recipe for the production we need,” he said, adding that: “There’s a lot to do. And people are really liking ‘world breads’ now. I want to try and sell beyond the Ghanaian community, to anyone.”

Initially, Sam didn’t want to manage the bakery but decided to step in because he needed to protect the legacy of his family. “When my parents and other African and Caribbean people came over in the 80s (and even before then), some had their own businesses, but their children born here, didn’t seem to want to carry it on,” he told Ad’s Diaspora.

“I was the same, but it got to a point when I realized that legacy is important, so I sacrificed what I was doing and jumped in to help my parents and then became director.”

Despite the effect of COVID-19 on small businesses, particularly Black-led businesses, Uncle John’s Bakery did not close. The bakery offered its support to the fight against COVID-19 by regularly donating bread to NHS workers.

Uncle John’s Bakery was recently listed among 30 Black-owned businesses from among a wide range of businesses to support by Forbes.