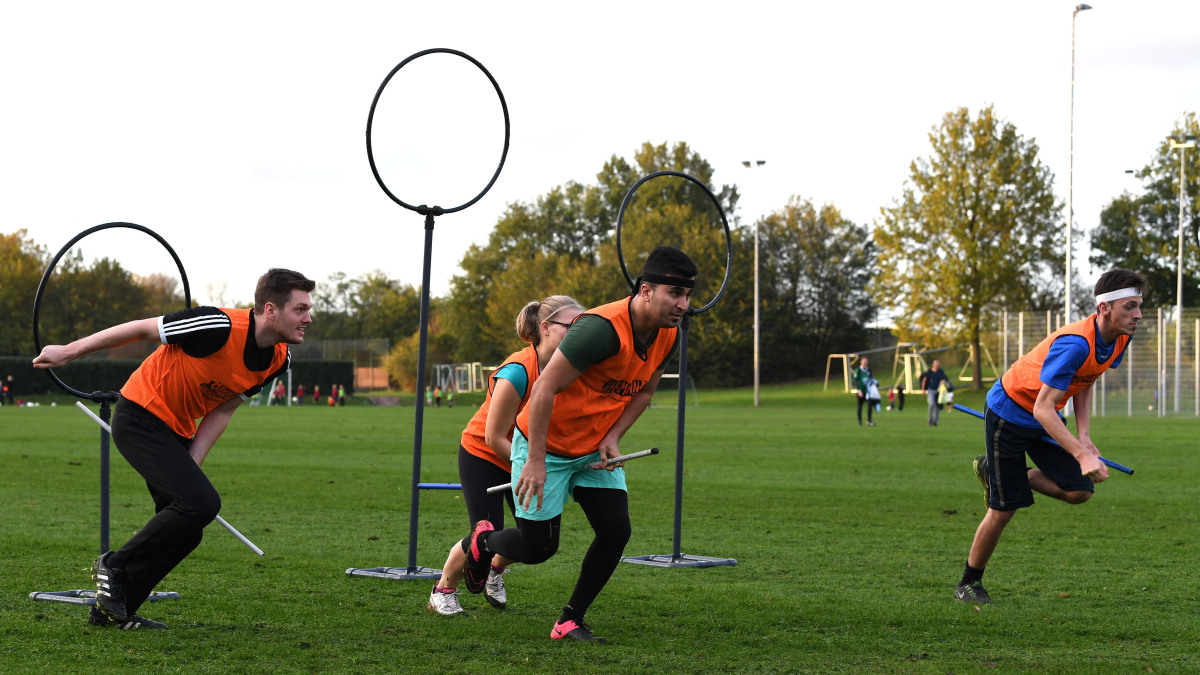 The people who compete in a real-life adaptation of the wizarding world sport quidditch will be changing the name they use for it in light of Harry Potter author J.K. Rowling’s continued transphobia.

The news dropped via a joint statement from leagues Major League Quidditch (MLQ) and U.S. Quidditch (USQ) on Wednesday. One major reason behind the switch is to distance players from the writings of Rowling, who in recent years has stirred up controversy for her transphobic comments on social media. The latest instance of Rowling’s transphobic backlash came just days before the announcement.

In their statement, MLQ and USQ note that quidditch has a reputation for being a progressive sport in terms of gender equality and inclusion. This is evidenced by its “gender maximum rule,” which disallows a team from having more than four players of a single gender on the field at the same time.

“Both organizations feel it is imperative to live up to this reputation in all aspects of their operations, and believe this move is a step in that direction,” the leagues write in the statement.

It’s not just Rowling that led the leagues to make this decision, however. The name “quidditch” is trademarked by Warner Bros, and thus has limited the sport. The leaders in each league feel that by swapping the name, the sport will be allowed to grow in ways it previously couldn’t have, such as with sponsorship or broadcast deals.

“I believe quidditch is at a turning point,” said USQ executive director Mary Kimball in the statement. “We can continue the status quo and stay relatively small, or we can make big moves and really propel this sport forward into its next phase.”

As explained by MLQ and USQ, quidditch was first adapted by Middlebury College students Xander Manshel and Alex Benepe back in 2005.

Benepe said he’s thrilled by this decision. “Big changes like this don’t come without risk, but I’ve been a strong advocate for making this move for a long time,” he said via the statement. “The sport needs its own space without limits on its growth potential and changing the name is crucial to achieving that.”

The new name hasn’t been set, but MLQ and USQ will send out a series of surveys over the next couple months to aid the decision. Current players, volunteers, and stakeholders can complete the first name-change survey here.

How to enjoy Harry Potter without J.K. Rowling