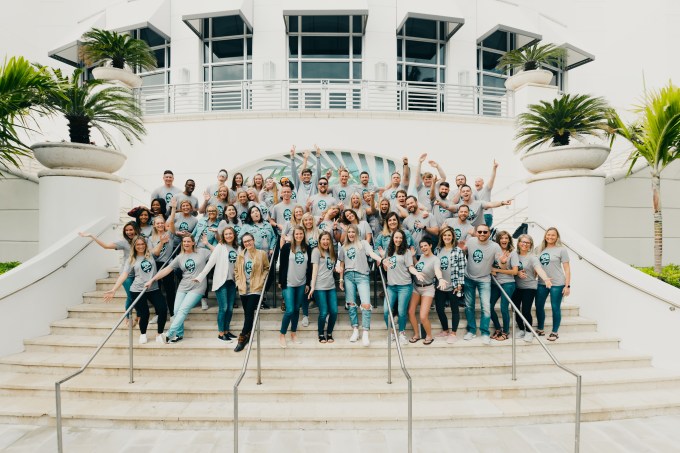 Gravy, a startup helping subscription-based businesses recover failed payments, has raised $4.5 million in Series A funding for its specialized combination of technology and a human workspace that works to reacquire customers lost to what’s known as “involuntary churn.” That means the customer didn’t choose to end their subscription, but — for any one of hundreds of possible reasons — their credit card payment failed.

Typically, subscription-powered businesses attempt to correct this issue with technology — like sending automated emails, for example. Gravy, however, has developed a different solution that pairs its U.S.-based retention specialists with technology that alerts them to the failed payments. It  then sells this whole system as a package to clients who use Gravy as extension of their own workforce.

The new funding round — Gravy’s first institutional money — was led by Birmingham-based Arlington Family Partners, one of the few family offices in the southeast. It’s also one with a personal connection to Gravy co-founders, CEO Casey Graham and Chief of Staff, Renee Weber, as it managed their earnings from a prior acquisition.

Gravy, in fact, actually got its start at that earlier business, The Rocket Company, a coaching and resource provider for churches, which exited to a private equity group, Ministry Brands.

“We spent two years fixing [the problem of failed payments] in the last company and created a tech-enabled solution where we leveraged actual human beings to win back failed payments for subscriptions. And by doing that, we got a 5x offer higher than the initial offer because we fixed the failed payment problem,” Graham notes.

He first assumed other subscription businesses were doing the same, but later discovered that many were not. Instead, they tended to use automated means to address the problem, which would only recoup about 15% to 20% of the failed payments.

These tech-only solutions don’t work as well because customers often dismiss automated emails from companies, Graham says. However, customers do respond to personal outreach — but that’s something many new and fast-growing businesses can’t afford as they’re investing more heavily in growth and scale.

Gravy offers them a middle ground between automation and hiring in-house. Companies contract with Gravy on subscription basis by paying a flat fee, tiered based upon transaction volume. This fee ranges from $997 on the low-end to $8,000 on the high-end. Gravy then integrates with the client’s own payment products and processor, their subscription manager, and any other solutions they may use for managing subscriptions — like Stripe, Braintree, Recurly, Keap (Infusionsoft), and others. It even sets up a Gravy channel on the company’s Slack in order to better communicate with company staff.

The end result is that Gravy’s team feels like a part of the business itself, not some contract workforce.

Once established, Gravy’s team will use email and text, per the client’s preferences, to personally reach out to customers with failed payments to try to get their card information updated. Because it’s operating closely with the client, the specialists can also offer things like “stay bonuses” and other deals that could help to bring back a customer who may not have otherwise bothered to return. During COVID, for example, Gravy also offered additional options, like the ability for the customer to skip several months along with other more personalized options to meet the customer’s specific needs.

“When we’re onboarding [a client], we create an empathetic script of three different responses, or opportunities for us to negotiate with the customer to win that customer back,” Graham explains. This works because of the human component — people know when they’re talking to a real person and not an automated script, he says.

Since its founding in 2017, Gravy has scaled to over 300 clients, whose businesses may be as small as $200-250K in revenue up to $100 million in annual revenue from subscriptions. These clients either operate in the B2B space — like B2B content subscriptions or tech education and certification, for example — or in the B2C space. In particular, Gravy is leveraged by a number of “box” subscription services (which offer to ship a box of products to a customer’s home) and B2C education and online courses.

Notably, Gravy’s retention specialists aren’t “gig workers” or contractors — they’re full-time employees with benefits. And they can be employed from anywhere, which Graham says is a competitive advantage.

“I live on a farm, and we were told we were at a disadvantage because we weren’t in the middle of the Atlanta tech scene,” Graham says. “But the reality is, it became a huge advantage for us because our strategy has been to recruit the best people in small towns across the United States. Besides, he adds, “Slack is our headquarters.”

This strategy has allowed Gravy to also employ several military family members, who often have a hard time finding consistent work because they have to move regularly. That leads them to often take gig work instead of full-time jobs.

“The gig economy — those companies are not committed to those people. They don’t care about them, or if they work or not. It’s a gig,” Graham says. “Gravy is committed to them on salaries, benefits…that’s something we’re super proud of.” He says Gravy’s salaries start at $55,000.

With the new funding, Gravy plans to expand its team of 83 to about 150 by year-end, expand its client acquisition efforts, and further invest into its product. Longer-term, he believes Gravy could also help businesses with other needs, including voluntary churn, for starters, and even customer service and customer success in the future.