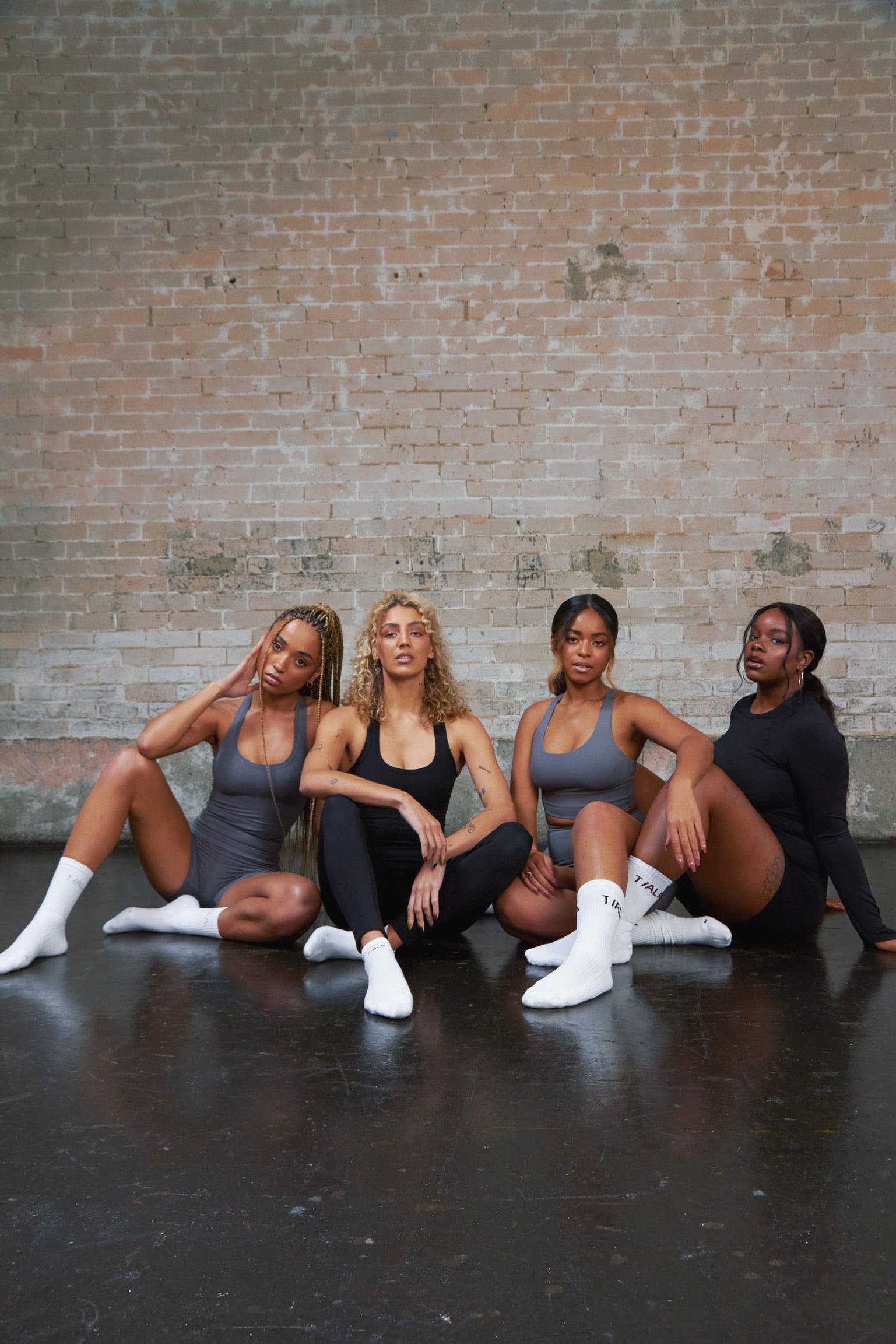 Grace Beverley is on a mission to change the way we work out and the way we work. The Tala founder just released her first book, which tackles the art of balancing productivity with rest and self-care in a new age of work. For many of us, side hustles are in and practising genuine self-care is out, but for Beverley, the time has come to revisit the idea that we can’t have both and ask ourselves why that is. We caught up with the first-time author to discuss side-hustle culture, defining self-care, and how to navigate the new working world.

Titled Working Hard, Hardly Working, her book aims to provide a new blueprint for our current work environment. “This new working world is completely different from the one we would have seen 30 years ago, and yet we assume we’re still going to be working in the same way,” Beverley explained. The central idea in the book is that we should be seeing productivity and rest as two sides of the same coin, rather than as two separate entities. “The more I was reading about business and self-development and self-help, the more I found that it was only about one or the other,” the author told POPSUGAR.

In a world where choice has become a luxury, there is a view that our generation should simply be grateful for the amount of options we have, rather than trying to work out how to deal with the pressure that comes with it. “What I really don’t want to do is demonise the idea of this huge amount of new choice within the workplace,” Beverley explained. “That’s fantastic, and we should really be thinking like how cool it is that we can do X, Y, and Z as a job. But the problem is, and where that becomes problematic and unrealistic and damaging, is where we expect for every single hobby to be a side hustle. We expect to be able to monetise everything, and that becomes a widespread culture that we can’t necessarily escape from, and therefore we don’t see the justification for rest.”

As someone who has admittedly created a career out of a side hustle, the distinction between work and rest for Beverley has been a difficult thing to determine. “As long as I have time for rest, and as long as rest is not only a reward for being near burnout, I’m fine,” Beverley said. “As long as I’m not thinking there’s only space for the things in my life that are monetisable, that’s kind of how I differentiate between the two.” Beverley’s book investigates what it means to truly work hard and why we feel that unless we’re up working till 2 a.m. and not getting enough sleep, we’re not working hard enough — something many of us have struggled with particularly when working from home this past year. Beverley explains that at the start of the pandemic, “there was the productivity camp and the self-care camp, both shouting at you to do different things”, which inevitably led to even more confusion.

Along with the pressure to be working constantly, many of us also struggled with the pressure to start a side hustle from our hobbies, a lot of which stemmed from comparing ourselves to our peers on social media. In her book, Beverley emphasises the importance of setting boundaries when it comes to being online and knowing what it is that you’re online for. Her own experience prompted her to include a questionnaire that readers can use to examine their relationship with social media. “I had to write that for myself,” she told us, adding that “I realised that I was following people who are amazing and made me feel so inspired, and I was like, ‘Wow, you’ve done such cool things,’ but I didn’t want to unfollow them, I wanted to support them, so I was kind of like, ‘It’s me. I know it’s me. I know I just don’t feel confident enough at this time.'” It’s this shift in mentality that helped Beverley to identify how to improve her own relationship with social media.

In terms of her advice, Beverley urges readers to check in with themselves regularly and question why they might react in a certain way to something they’ve seen online. “I often ask myself, ‘Why is that person making me feel negative? Is it because I’ve actually just not been as productive as I should be this week, and therefore an act of self-care would be me getting that done?’ I had to think, ‘If I’ve had a really tough week and I feel like I’m not doing my job well enough, I actually just shouldn’t be consuming those things,’ and that’s fine. I know that’s a reflection on me,” she explained. She went on to explore the possible effects of our newfound work culture on our social media consumption, explaining that “because of how our work culture has changed, we can’t just say ‘don’t use social media’, because that’s not productive. What is productive is discussing how it affects us, how it can affect us less, and how we can operate better with it. We have to question how we can learn and navigate it ourselves rather than just denying its existence.” 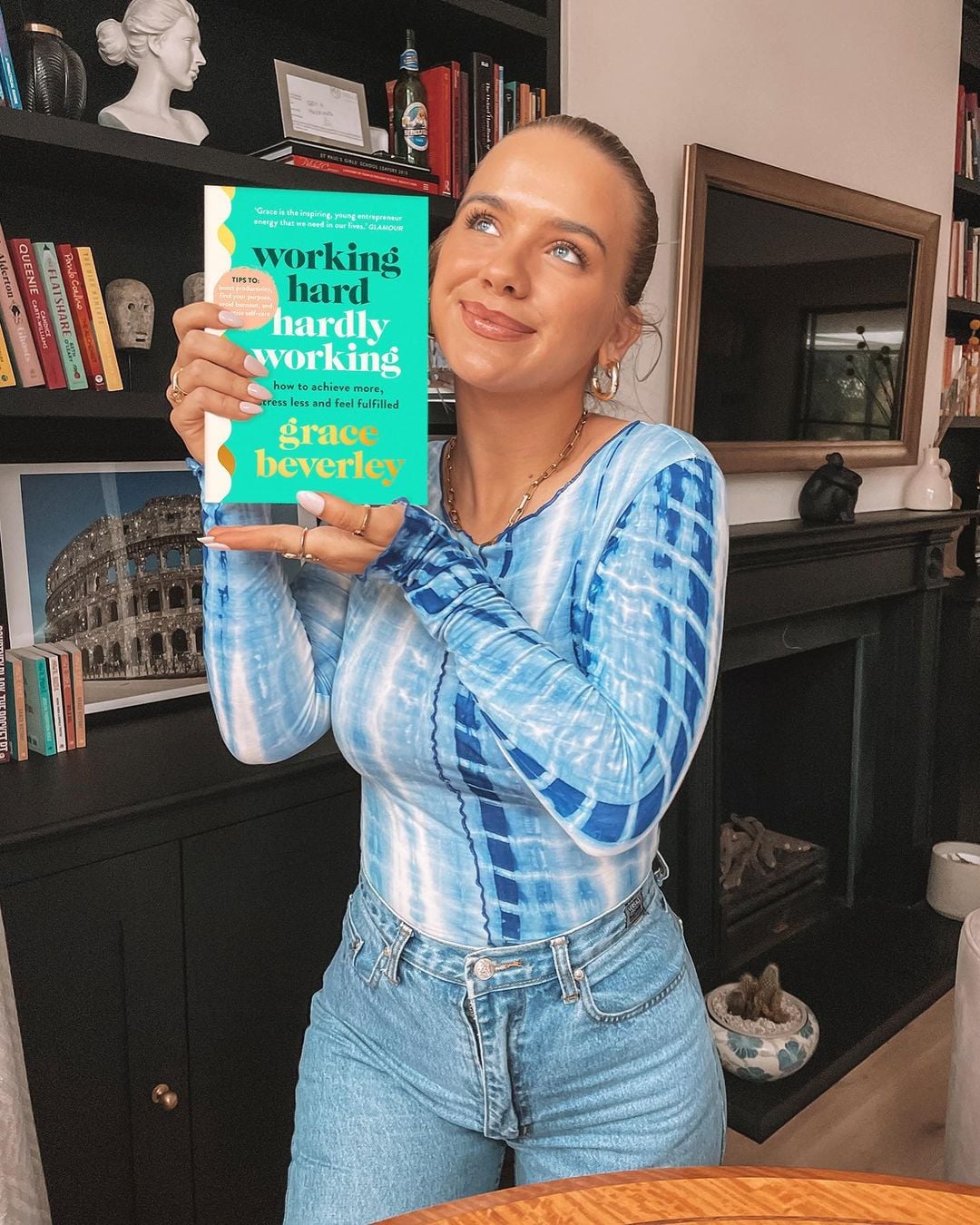 Self-care is a phrase that also features heavily in the book, so when it comes to defining it, Beverley’s answer is that it looks different for everyone. “Whether you’re labelling it as self-care or not, it’s about knowing what you need, knowing what your boundaries are, and then engaging in something that puts you in a good place. Whether that’s working harder or whether that’s actually working less hard.” If there’s one lesson Beverley hopes readers will take from the book, it’s that “it’s not productive to be working 24/7; that’s not productivity, that’s just busy-ness. You will work better if you take more effective breaks, if you structure your time better, and if you delegate better. That is when you get the best of both worlds because you’ve got the time off and you’ve got the time on, and that time on is much better in quality and quantity.”

Working Hard, Hardly Working is out on 15 April.