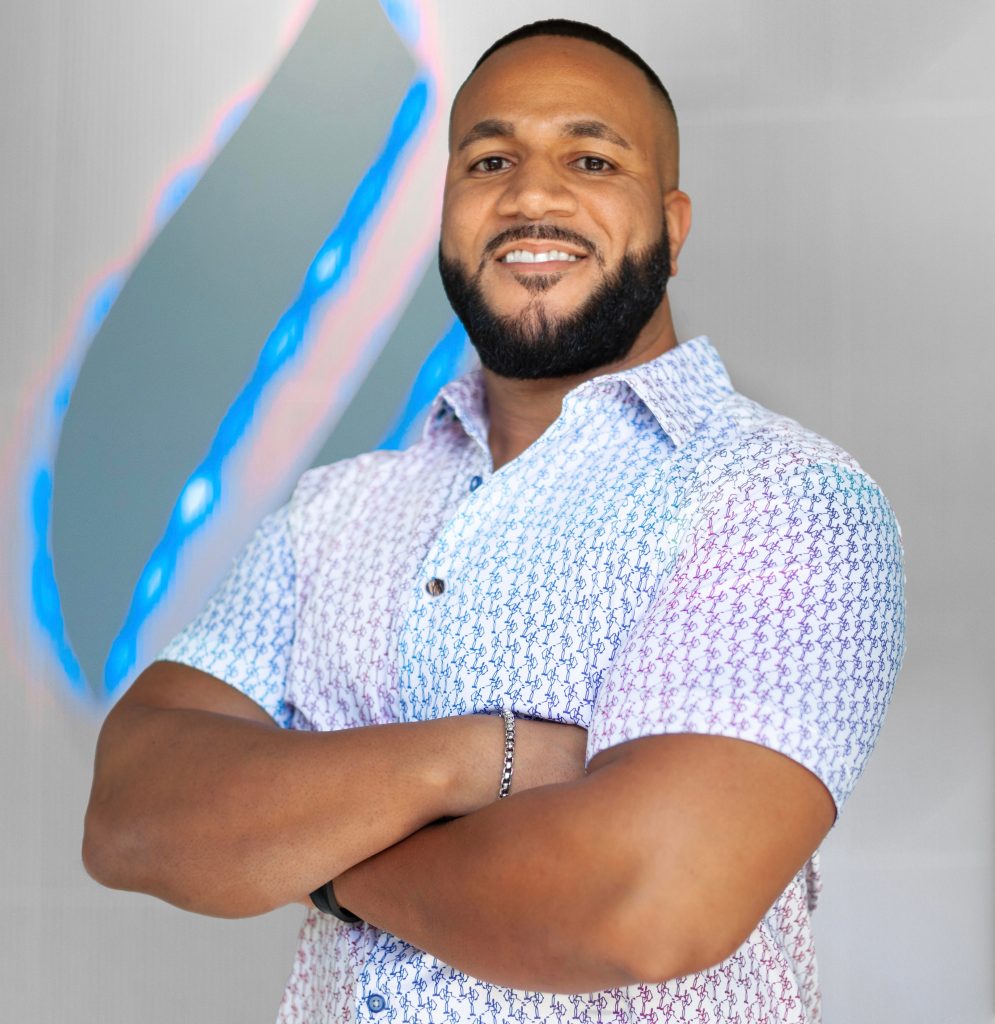 Lots of founders claim they launched their company to help people, but Sam Tejada, founder of Liquivida, a preventive health company known for intravenous (IV) vitamin therapy, has made his career helping people when they need help the most.

Actually, Tejada began helping people in distress before he was even old enough to have a career. A native of Wisconsin, he started working as  a lifeguard with the Milwaukee Public School of Systems at 14. His family moved to Florida during his senior year in high school and he soon was working as a lifeguard for the Boca Raton YMCA. He became a swimming instructor at age 17, working both as  lifeguard and teaching swimming lessons. Sometimes he was a beach lifeguard, which required doing ocean rescues.

“I was always into helping people,” Tejada said. “When I graduated high school, I knew exactly what I wanted to do. I wanted to go into the emergency medicine world, if you will.”

Tejada decided being a firefighter would check all the boxes for him. Firefighting is an attractive career in Florida, where all firefighters are cross-trained as paramedics. He was chosen for training soon after he graduated high school and started with the City of Oakland Park, Florida, Fire Rescue Department when he’d just turned 20.

That youthful start got him teased a lot at union meetings during his first year on the job. The other firefighters thought it was hilarious that he was too young to have a beer with them.

Tejada didn’t mind that much.

“I got the best of both worlds, to be a firefighter and a paramedic,” he said.

A particular benefit of being a firefighter, besides the good starting salary, comprehensive  medical benefits and solid pension, is the schedule. A firefighter works 24 hours, then is off for 48 hours.

Tejada launched his first side gig when he was just 19, while still training to become a firefighter and paramedic. He opened Rescue-101 to provide courses in CPR, first aid, and lifeguard skills for the American Red Cross in South Florida. Tejada later took a job on his days off with Cenogenics Corporation, a manufacturer and marketer of diagnostic products. At Cenogenics he worked with Dr. Robert Willix, a heart surgeon and founding partner of the company. Willix was a pioneer in Age Management Medicine, which focuses primarily on maintaining health rather than just treating disease.

“Dr. Willix was one of my biggest mentors, and he introduced me to the world of functional medicine,” Tejada said. “Dr. Willix was a heart surgeon who decided to move his medical practice into prevention versus having to operate. His goal was to help people avoid the need to get on the operating table.’’

Tejada learned a lot from Willix, and made invaluable connections in the course of working for Cenogenics.

“Dr. Willix was the doctor for some of the most high profile CEOs on this globe,” Tejada said. “Every three months, for eight years, I would go to the homes of these very high-end CEOs and very affluent individuals, to draw their blood. I built some pretty cool connections. A few of them that are my business mentors today. I was very fortunate to connect with them.”

Liquivida is best known in the functional health industry for IV vitamin therapy. When Tejada launched the company, he mixed the intravenous solution for each patient every time it was administered. He soon realized that this bespoke approach was a significant barrier to the growth of the company, and potentially a serious liability.

“When I first got it to the industry we would have about 20 to 30 different multi-dose vials and we would have to create this concoction,” he said. “As I started growing the company, I asked myself, if this is something that we’re going to really put nationwide, how do we protect what we’re doing? Because all it takes is one event. And yeah, we’re talking about vitamins, minerals, amino acids, but you give a patient too much zinc, that can cause irreversible hearing loss.”

As a paramedic,Tejada had administered life saving injections many times under the stress of transporting a patient to the emergency room, but he wasn’t expected to mix the medications. The necessary drugs needed to keep a patient alive during transport were pre-mixed and measured to reduce the possibility of error as much as possible.

“In the fire service, we say everything needs to be fireman proof,” he said. “When we have a patient in cardiac arrest and we have to give certain medications, everything is pre-measured and pre-dosed. There are no drug calculations. We’re just literally taking it out of the package and it’s ready to go.”

Tejada applied the same approach to the Liquivida vitamin injection service, creating and producing standard packets for the Liquivida drip therapy. That innovation made the therapies inherently safer and more predictable, while also making it much easier for potential franchisees to begin offering the service.

Tejada kept his day job as a firefighter/paramedic for several years but eventually Liquivida became too big to run on a part time basis. At age 32, Tejada took early retirement from the fire department – he was vested in the pension – to run Liquivida full time.

“I retired early because Liquivida took off,’’ Tejada said. “I started this company with $500 in my back pocket. Fast forward nine years, this is a multi-million dollar company selling franchises throughout the United States. We’re selling products to over 4,000 doctors also. It’s become very successful, and I’m going to just keep on pushing.”

Liquivida was one of the first companies to offer infusion services, but over the years the industry has grown much more competitive. “I was fortunate to be one of the first in the market, specifically on the I.V. nutrition side,” Tejada said. “But the industry is getting very competitive. You’re getting a lot of these mom and pops, a little wellness. centers clinics, these boutiques that are popping up, which gets tricky.”

As the industry grows, it is increasingly government regulated, which Tejada sees as generally for the best. He is involved in industry efforts to negotiate a regulatory structure.

“I do have a strong sense of compliance for this company, and most of the people in the industry are trying to model what we have,” he said. “What I love about that, it just makes selling franchises easier when people see the type of compliance we have in place.”

Peter Page is the Contributions Editor at Grit Daily. Formerly at Entrepreneur.com, he began his journalism career as a newspaper reporter long before print journalism had even heard of the internet, much less realized it would demolish the industry. The years he worked a police reporter are a big influence on his world view to this day. Page has some degree of expertise in environmental policy, the energy economy, ecosystem dynamics, the anthropology of urban gangs, the workings of civil and criminal courts, politics, the machinations of government, and the art of crystallizing thought in writing.