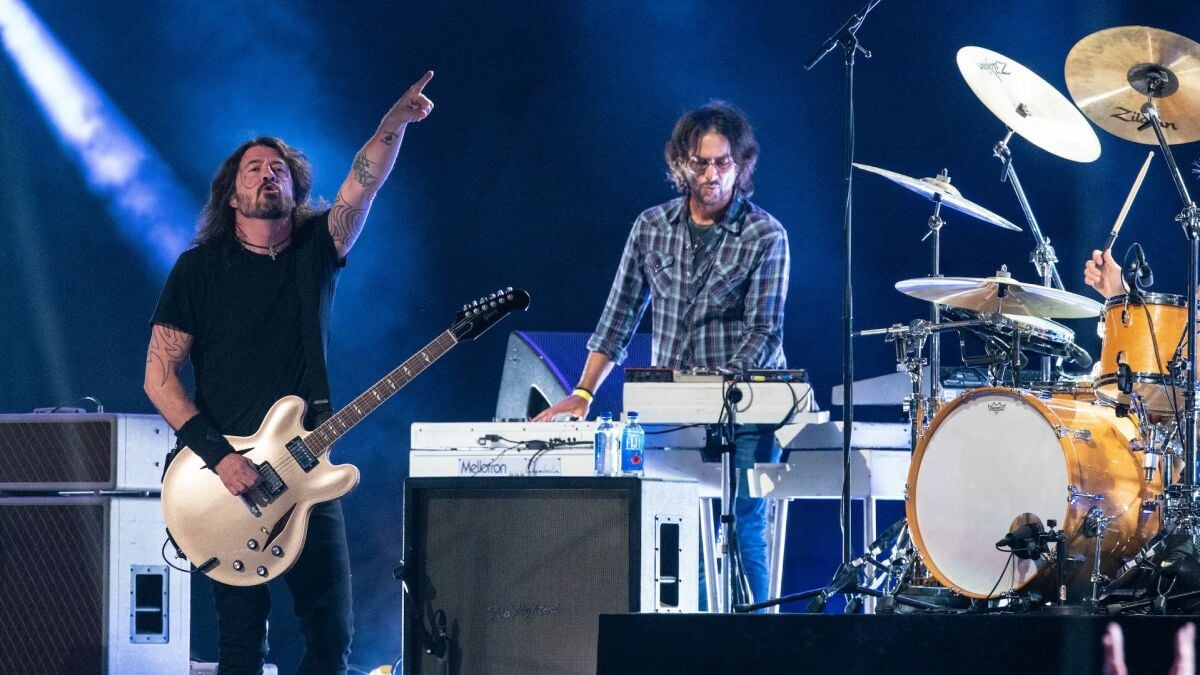 Trust the Foo Fighters to turn a confrontation with the haters into a dance party.

The alt-rock outfit played a show in Kansas on Thursday where they once again met with the Westboro Baptist Church, a famously homophobic, transphobic, and generally bigoted hate group that has protested multiple Foo Fighters shows. When Dave Grohl and the rest of the band squared up once again with protesters, Grohl preached the importance of love and dancing.

“I love everybody. Isn’t that what you’re supposed to do?” he said into his microphone while performing on a moving truck. “Can’t you just love everybody? Cause I think it’s about love — that’s what I think… and you shouldn’t be hating. You know what you all should be doing? You should be dancing.”

That last line directly references the Bee Gees’ “You Should Be Dancing,” which you can hear the band covering. The Foo Fighters have dealt with Westboro Baptist Church protesters in 2011 and 2015, always opting for cheeky musical counter protest instead of engaging with the group’s platform and objections.

Honestly? They’ve got the right idea. We should all be dancing.