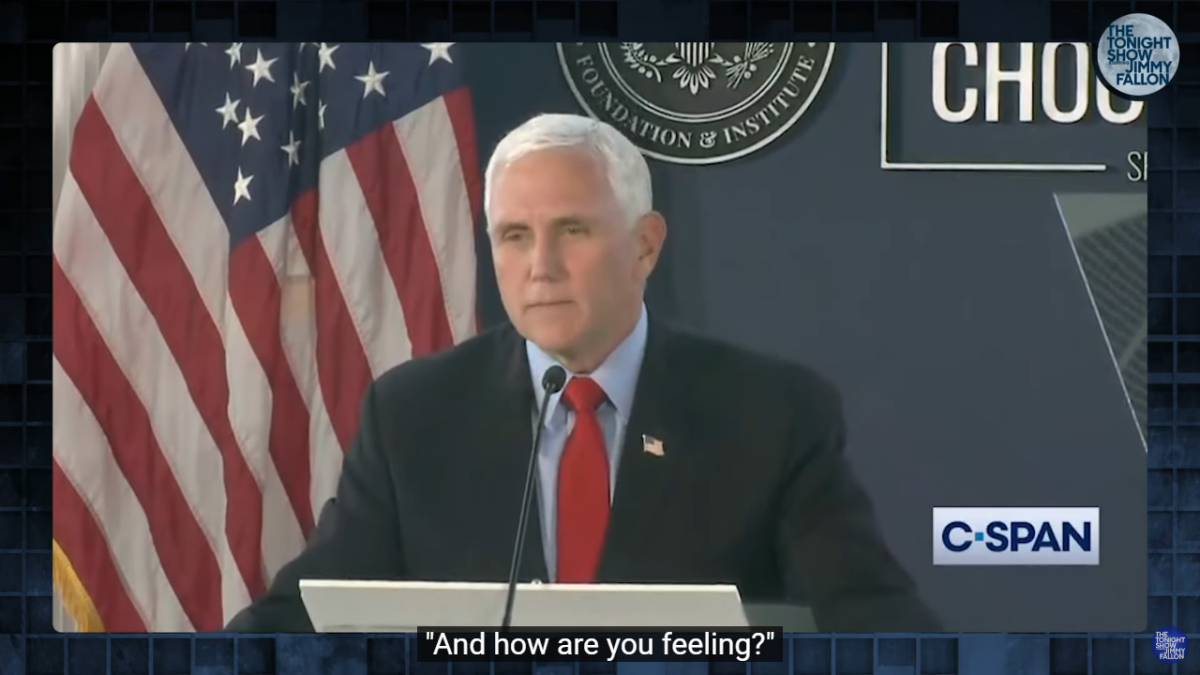 Mike Pence’s idea of a joke involves a car crash, a dog and a cow being euthanized, and a crash victim who doesn’t want to get shot by the responding cop. No, context doesn’t help at all here.

The former vice president unleashed his idea of a joke during a speech earlier in the week, and The Tonight Show host Jimmy Fallon spent some time interrogating that decision on Friday’s episode. It might surprise you to learn that Pence, whose natural look can best be described as “stone-faced,’ doesn’t have a great grasp on comic timing.

It could be a quirk of the way The Tonight Show cut up the video, but Pence’s rambling delivery make it seem like he’s retelling a joke her heard once at a party, but didn’t take the time to prepare for a retelling; instead, he’s just winging it. Content could also be an issue here, since it’s hard to find laughter right after you’re told a poor doggie with a broken back got shot in the head.

I’m gonna say it again: Context doesn’t help here in the slightest. Even the generally chill Fallon struggles to find a response other than “WTF???”