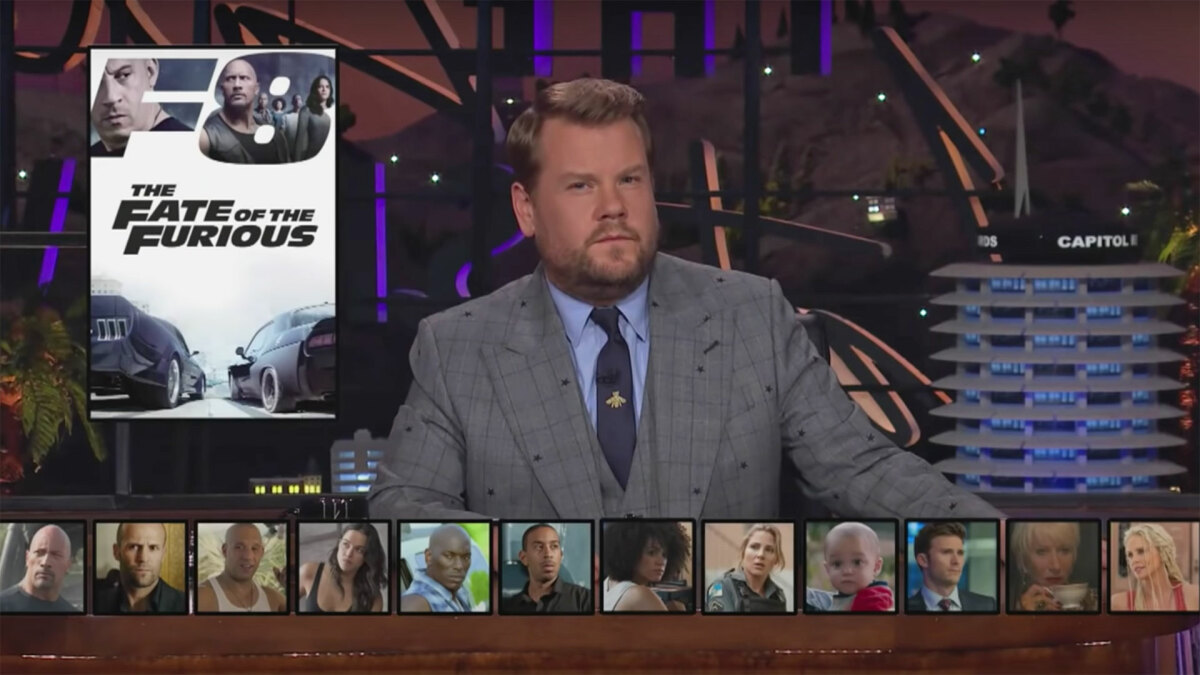 These are just some of the glorious scenes recapped by James Corden in the Late Late Show clip above, in which the host attempts to break down all eight Fast and Furious films — from 2001’s The Fast and the Furious to 2017’s The Fate of the Furious — in anticipation of F9’s impending release.

Can a movie ever really be too fast? Too furious? Judging by the recap above, we think not.