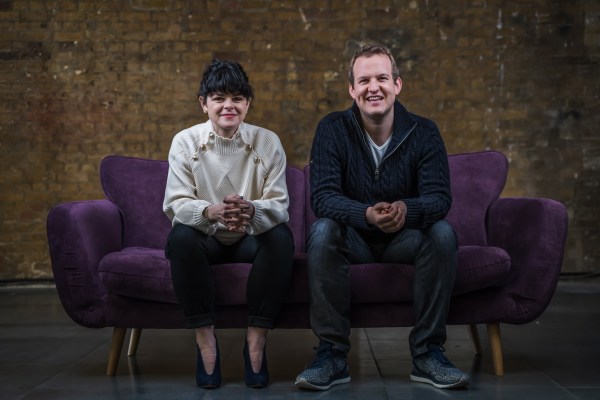 Entrepreneur First made a name for itself a decade ago in its home base of London, and then further afield, for the novel approach it takes to tech investing: rather than seek out interesting, scaling startups like typical VCs, it backs founders and their very, very early stage startup ideas — so nascent in fact that sometimes the startups themselves haven’t actually materialized when EF writes its first check.

Its method, and the results, have catapulted EF to a portfolio that is now worth some $10 billion over more than 500 companies, and now it’s announcing its latest round of fundraise — $158 million. Being an atypical investor that is run in some ways more like a startup itself, EF raises money like the latter: the funds are coming in the form of a Series C that values EF itself at around $560 million.

Its investors are often VCs and angels themselves, two groups that are forever looking for better signal in the startup noise; and this round is no different. It’s bringing in new backers Patrick and John Collison — the brothers who co-founded Stripe — along with participation from a number of others that are not being specifically named.

Those already investing in it is an impressive list, including individuals like Tom Blomfield, Taavet Hinrikus, Reid Hoffman, Matt Mullenweg, Nat Friedman, Claire Hughes Johnson, Sarah Leary, Sara Clemens, Matt Robinson, Elad Gil and Lachy Groom. Sequoia, Andreessen Horowitz, Softbank and GV have been among those that have invested in subsequent startups (but not in EF itself).

EF’s co-founders Alice Bentinck and Matt Clifford said in an interview that around $100 million will be used to continue investing in more entrepreneurs and their startups, and it will be converting that investment effort into an evergreen fund. For some background, EF, unlike typical VC funds, does not take a 2% management fee on top of the investment from those in whom it invests. There are, Clifford says, “no strings attached” for those that take EF’s money, “except if they do create a company within EF, say if two individuals build a company after finding each other through our program, they go to our investment committee after 12-14 weeks for us to get a chance to invest in that startup.”

But while you might just think of EF as another syndicate, its aim and concept of itself is more than that: the rest of the sum, around one-third of this funding, will be going into continuing to build EF itself.

Although EF has always used part of the money it raises to grow its own operations, it’s using this round to double down on that concept more than ever before.

It now has 120 employees in offices in London, Toronto, Paris, Berlin, Bangalore and Singapore; and is looking to hire more.

EF’s team is already using data science in its work, and it sounds like Form’s next iteration will be the next step along in work it’s already done building tools to manage the database of its own portfolio — that $10 billion covers funding for some 4,000 people, Clifford said — to help triage and source the many applicants it gets — 17,000 in the last 18 months, Bentinck added — and critically to help match up people together with potential co-founders.

“We got to $10 billion of portfolio value with what is essentially a single product for a very specific type of founder,” Clifford said. “EF’s flagship product, Form, works incredibly well for first time founders in the first six to seven years of their career who are ready to start right now. But we know that’s a tiny fraction of all the world’s great potential founders,” said Clifford. “So over time we want to get to the place where EF has a product where every ambitious entrepreneur can find their co-founder. We’re not yet ready to share the details, but we think there’s enormous growth potential here.”

Some of this will be about trying to take the recipe that EF has crafted, its secret sauce so to speak (my words, not theirs), and effectively bottle it up.

“Intuition doesn’t scale, and Entrepreneur First is doing this at scale,” Bentinck added, referring to how she and Clifford were recently working with the data science team evaluating past applications from those 17,000-odd applicants. “Now we have some good data points, and we can say which criteria is most indicative of future funding, for example. We’re wary of pattern spotting in VC in general, but we believe in how you can use data to collectively build better intuition.”

Putting more of a focus on very early stage investing has always been a tough gig, not least because companies and founders haven’t yet proven out their ideas.

“VC should be hard,” said Clifford of the efforts. “Innovation is not easy.”

It’s one reason why repeat founders, and those with experience at successful startups, get more attention overall: they have a little more of a track record that might mean better future success.

But as the startup world has boomed, and it’s become more difficult to get into the most premium funding for startups that have already proven themselves, it’s been interesting is to see the focus shift and more investors look at ways of connecting with those earlier concepts and more green founders. (One recent interesting example: Sequoia and its launch of Arc, its own effort to connect with very early stage startups and founders, which seems a little inspired by EF… and interestingly, Clifford pointed out to me that it has at least one EF alum working at it.)

That world will inevitably see more rises and falls before it gets completely stabilized.

This recent period has been one of pressure cascading down from public tech down to valuations of the largest privately-held startups, and then on to those in growth mode, and so on and so forth. I don’t know if that valuation speaks to EF itself seeing pressure, too, but notably Clifford said that it had only gone out to raise $100 million for this Series C (for some context, it raised $10 million in its previous “round”; prior to today, EF most recently had raised a fund of $115 million, in 2019). While it’s always going to be hard to see which startups will make it in the longer run, those numbers speak to EF itself likely being among those “startups” that may well weather this storm.

“We are entering a new era for venture funding, with a new generation of global founders needing support to build iconic companies from scratch,” said Hoffman, who is also an Entrepreneur First board member, in a statement. “Entrepreneur First represents a new way for talented people to access that opportunity and a new way to build startup ecosystems outside Silicon Valley.”

Updated with small corrections: the VCs listed back EF startups, not EF itself; 17,000 applications in the last 18 months, not all time; and clarification on “rounds” versus “funds.”