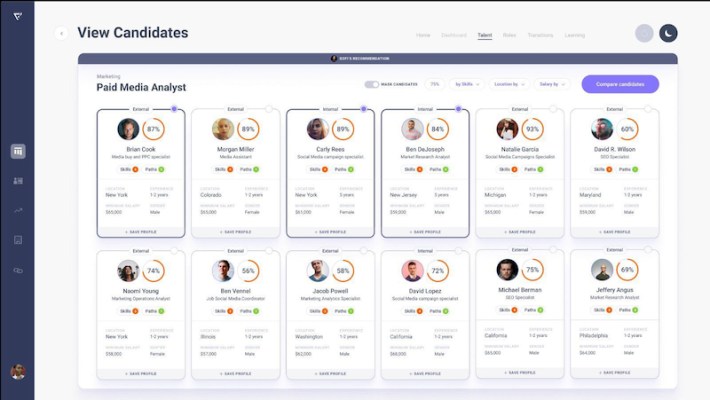 Automation will displace 85 million jobs while simultaneously creating 97 million new jobs by 2025, according to the World Economic Forum. Although that sounds like good news, the hard reality is that millions of people will have to retrain in the jobs of the future.

A number of startups are addressing these problems of employee skills, and are looking at talent development, neuroscience-based assessments and prediction technologies for staffing. These include Pymetrics (raised $56.6 million), Eightfold (raised $396.8 million) and EmPath (raised $1 million). But this sector is by no means done yet.

Retrain.ai bills itself as a “Talent Intelligence Platform”, and it’s now closed an additional $7 million from its current investors Square Peg, Hetz Ventures, TechAviv, .406 Ventures and Schusterman Family Investments. It’s also now added Splunk Ventures as a strategic investor. The new round of funding takes its total raised to $20 million.

Retrain.ai says it uses AI and machine learning to help governments and organizations retrain and upskill talent for jobs of the future, enable diversity initiatives, and help employees and jobseekers manage their careers.

Dr. Shay David, co-founder and CEO of retrain.ai said: “We are thrilled to have Splunk Ventures join us on this exciting journey as we use the power of data to solve the widening skills gap in the global labor markets.”

The company says it helps companies tackle future workforce strategies by “analyzing millions of data sources to understand the demand and supply of skill sets.”

The new funding will be used for U.S. expansion, hiring talent and product development.