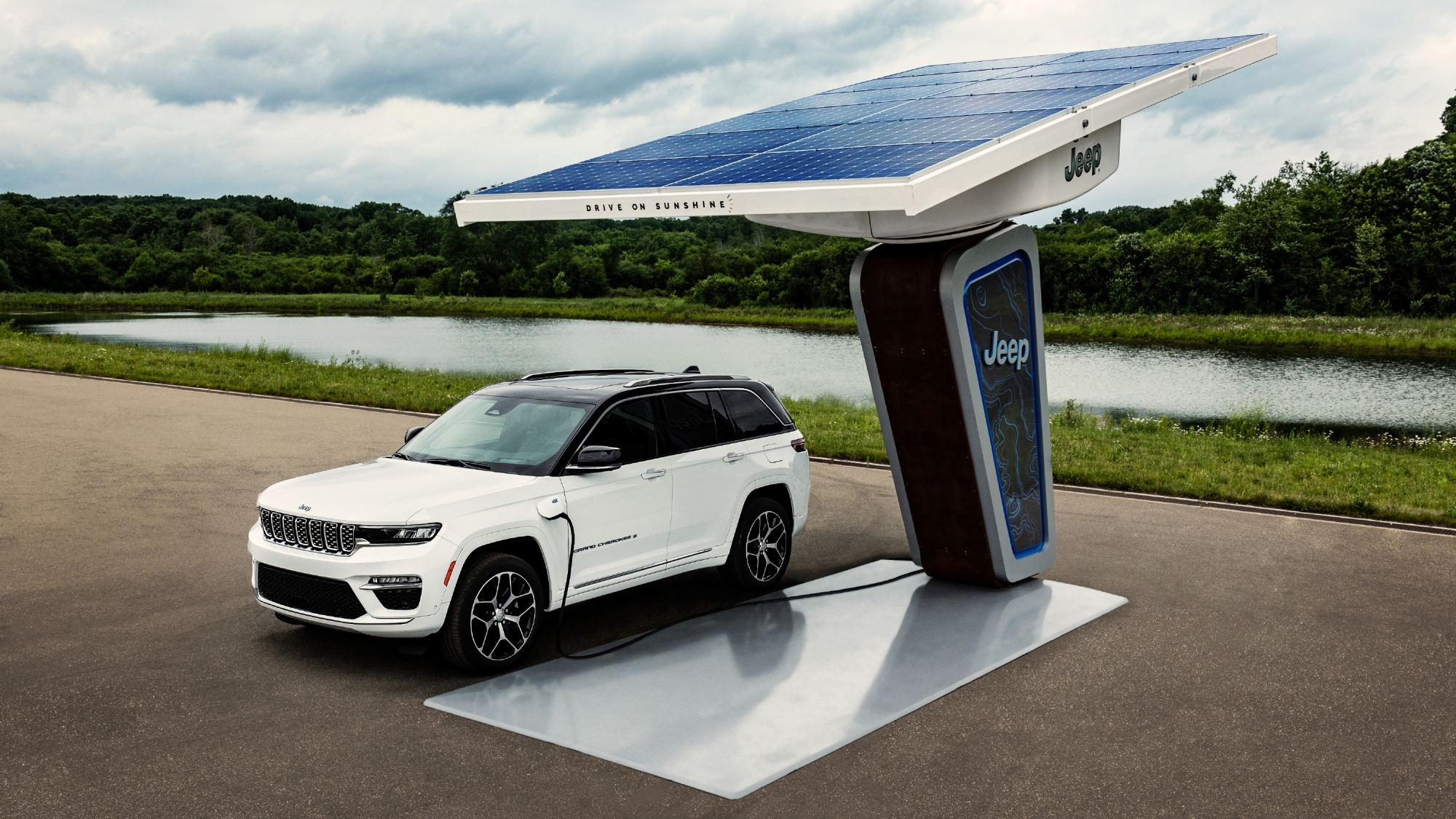 Consumers can expect an electric Dodge muscle car by 2024, as well as an electric Ram pickup truck. And Jeep will release a fully electric SUV by 2025.

That’s according to Stellantis, which owns 14 brands, including Alfa Romeo, Chrysler, Dodge, Fiat, Jeep, Maserati, and Ram. The company announced at a livestreamed investor event on Thursday that it’s spending more than $35 billion on electrification efforts through 2025.

By 2030, Stellantis wants for 40 percent of U.S. car sales to be of hybrid or fully electric vehicles.

Touted as the first e-muscle car, the electric Dodge was teased through a dark fog.

Jeep also revealed the first images of its plug-in hybrid Grand Cherokee 4xe, along with the news of a fully electric SUV with self-driving features and vehicle-to-vehicle charging.

Ram’s battery-powered 1500 pickup was also announced, along with plans for more electrified Ram vehicles through 2030.

Stellantis said it will build its EVs on four battery platforms that will have 300 miles to as much as 500 miles of range on a single charge.

The company will reveal more details on the electric Dodge and other new EVs later. But for now it feels like every day is EV Day.