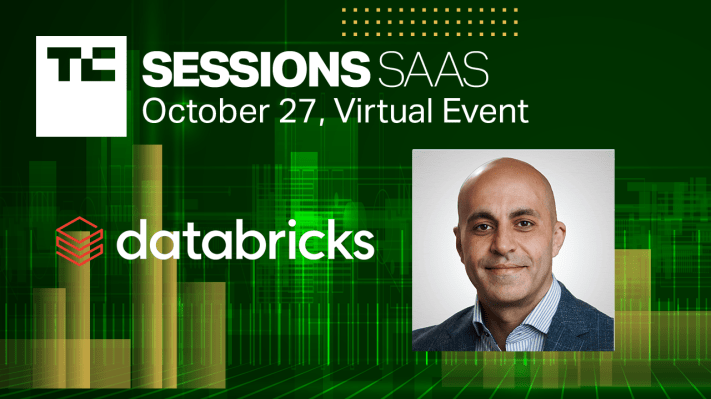 In many industries, Databricks has become synonymous with modern data warehousing and data lakes. Since it’s exactly these technologies that are at the core of what modern businesses are doing around operationalizing their data, data engineering and building machine-learning models — and since Databricks is at the forefront of startups that offer these services on a SaaS-like platform, who better to join us at TC Sessions: SaaS on October 27 than Databricks co-founder and CEO Ali Ghodsi.

Ghodsi co-founded Databricks together with a handful of partners in 2013 with the idea of commercializing the open-source Apache Spark analytics engine for big data processing. As is the case with so many open-source companies, Ghodsi, who has a Ph.D. from KTH/Royal Institute of Technology in Sweden and whose research focused on distributed computing, was one of the original developers of the Spark engine. At Databricks, he first served as the company’s VP of Engineering and Product Management before being named CEO in 2016.

Under his leadership, Databricks has reached a $28 billion valuation and has now raised a total of $1.9 billion. The company’s bets on open source, data and AI are clearly paying off and unlike some of its competitors, Databricks has done a good job staying ahead of the trends (and had a bit of luck given that some of those trends, including the rise of machine learning, really benefitted the company, too).

Despite consistent rumors of Microsoft and others trying to acquire the company in recent years, Ghodsi and his board have clearly decided that they want to remain independent. Instead, Databricks has shrewdly partnered with all of the big cloud players, starting with Microsoft, which actually gave the service the kind of prime placement in its Azure cloud computing service and user interface that was previously unheard of. Most recently, the company brought its platform to Google Cloud.

Ghodsi will join us at TC Sessions: SaaS to talk about building his company, raising funding at crazy valuations and what the future of data management in the AI space looks like.

$75 Early Bird ticket sales end October 1. Grab your ticket today and gain insights on how to scale your B2B and B2C company from CEOs who have done it themselves. Meet the founders building with low code/no code, meet the investors cutting the checks, and discover the next generation of SaaS startups bridging data with new technologies.