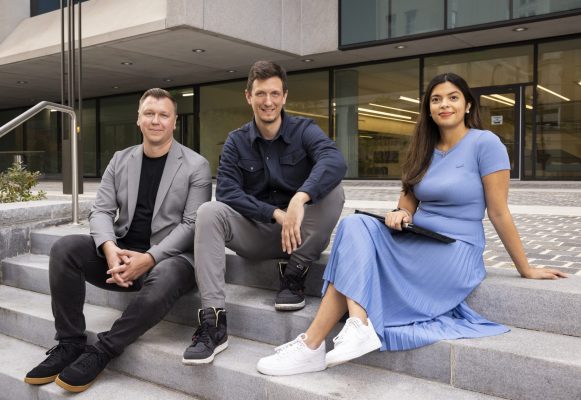 While there is plenty of technology out there to help make a building more sustainable, the ability to incorporate features into its design can be easier said than done.

Enter cove.tool, a startup that wants to make sure buildings are sustainable by design from the moment of inception. The Atlanta-based startup, which has raised $30 million in a Series B round of funding led by Coatue, claims that in 2021, its software helped design and construction professionals avoid 5x more carbon than Tesla.

Robert Downey Jr.’s FootPrint Coalition also participated in the financing, along with existing backers Mucker Capital, Urban Us and Knoll Ventures. The round was pre-emptive, according to CEO and co-founder Sandeep Ahuja, and brings the company’s total raised to $36.5 million. While she declined to reveal valuation, she did say it was up “10x” from the company’s $5.7 million raise in November of 2020.

As a B2B SaaS company, cove.tool gives architects and contractors the ability to input the details of a project and its lot and get recommendations for how to optimize for daylighting, HVAC systems, solar and materials, among other things. Powered by machine learning, cove.tool is designed to give architects, engineers and contractors a way to measure a wide range of building performance metrics while reducing construction cost.

“The whole reason why we exist is to reduce the carbon emissions within the building environment because about 40% of all carbon emissions is buildings,” Ahuja told TechCrunch. “The whole goal of cove.tool is to make the process of material selection and building simulation much, much simpler so we can allow people to pick better material alternatives that are not only low carbon, but also cost optimal.”

Cove.tool launched the beta version of its software in August 2017. Today, more than 25,000 projects are being built using cove.tool’s software — everything from warehouses to data centers to office buildings. The software has more than 15,000 users across 30 countries, including architects, engineers, contractors and building product manufacturers such as HDR, AECOM, Skanska and Stora Enso.

“Through streamlined automated analysis that helps architects, engineers, contractors and building product manufacturers use data-driven design, cove.tool is making the built world sustainable and efficient in the fight against climate change,” Ahuja said.

Impressively, Cove.tool says it has offset 28.5 million tons of carbon this year, the equivalent of planting and growing 450 million trees for 10 years. The startup plans to use its new capital to expand its site of products, keep adding to its 60-person team and provide carbon reduction analysis for the architecture, engineering and construction industries.

“Our differentiator is the ability to democratize access to data and be able to do something in 30 minutes that once took 2-4 weeks,” she added.

While the company is not yet profitable, it could be if it stopped scaling operations, according to Ahuja.

“In the months to come, we will further expand our product suite, offering integrations across the AEC ecosystem, making performance data even more accessible. We see that the carbon problem is a data problem,” she told TechCrunch. “By using API frameworks we can significantly simplify the practice of analyzing building data and sharing that data with the many professionals across the building and design process, ultimately, empowering seamless collaboration and improving project outcomes.”

It also plans to scale its sales and marketing efforts within the U.S., Canada, the United Kingdom, Australia and the EU.

Robert Downey Jr., founder of FootPrint Coalition, noted that the construction and operation of buildings accounts for 40% of global greenhouse gas emissions.

“By combining energy efficiency, design and transparency for material selection cove.tool addresses this massive problem,” he wrote via email. “It’s a prime example of a scalable business that employs machine learning and principled leadership to literally build a better future.”

Coatue Partner David Cahn said his firm believes sustainable construction is one of the most important environmental challenges today.

“Cove’s software-driven approach has the potential to make architecture both easier and cleaner,” he wrote via email.