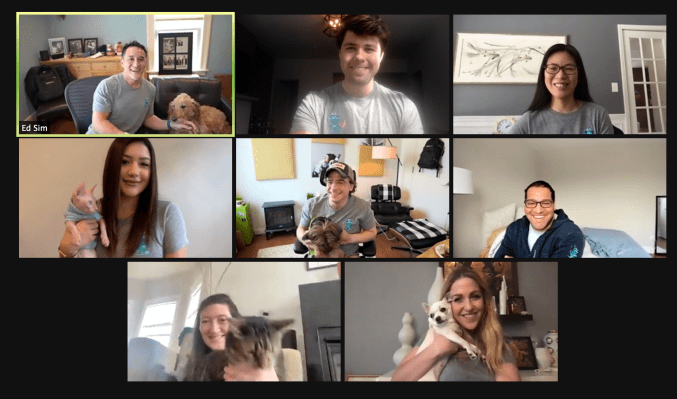 Boldstart Ventures, a New York-based firm that started with a $1 million proof-of-concept fund in 2011, has just closed on $155 million in capital commitments for its fifth flagship fund and $75 million for its second opportunity fund, a vehicle meant to support breakout startups in its portfolio.

Given Boldstart’s focus — and its track record to date — it’s only surprising that the young firm didn’t raise more in the current market. From the outset, Boldstart has focused on technical founders in the U.S., Canada, and Europe who are already building, or are capable of building, “developer first” and SaaS products. Indeed, firm cofounder Ed Sim says the firm prides itself on “talking to founders before they even start their businesses.”

He points to some of the most valuable companies in the firm’s portfolio as outfits that Boldstart funded when they “just had slide decks and no product.” Among these is Snyk, a company that helps developers use open source code and stay secure and was valued at $2.6 billion when it raised its last round of funding in September. Another is Kustomer, a startup that specializes in customer-service platforms and chatbots and that Facebook acquired in November for a reported $1 billion. Boldstart was also there at the start of the data intelligence platform BigID, which closed its newest round in December at a $1 billion valuation.

We talked with Sim about making those early bets — and whether capturing founders so early on in their trajectory has grown harder as more and more VCs have begun pushing into the same types of deals.

TC: You’ve been investing in enterprise software for more than 20 years, so many founders know you are. How much of your deal flow is inbound versus Boldstart seeing an underserved opportunity and tapping someone on the shoulder to start a company?

ES: It’s a combination of the two. Frankly, when we started in 2010, no one knew who Boldstart was, and no one really knew who we were five years ago. Over the last couple years, because our founders have been doing so well, people have kind of learned about us a little bit more [but] by no means are we really out there.

I think [part of our success ties to] around 75% of our investment opportunities coming from our existing founders — they are sharing their friends with us. They are introducing us to the VP of engineering who is leaving their company and has this bug where they want to start a company. Being able to track these people before they start their business is probably one of the most important things that we can do, no matter how we meet them.

TC: So much of a startup’s success centers on its ability to tell a story. Is it a challenge for technical founders to do this, in your experience? Is part of your job helping them find a cofounder who can sell that vision?

ES: You’re right that the ability to tell a story is so important in order to recruit that first hire, recruit your cofounder, get us investors excited, but I don’t think that’s been a problem [with technical founders]. It’s amazing, the amount of content that’s out there and the learnings from a lot of these VPs of engineering or heads of product [that founders absorb].

[Also] we really want to help them become CEOs of the world’s best enterprise companies, and that means having the patience and the understanding and providing the coaching and mentorship [they need], and even surrounding them from the very beginning with advisors or angel investors who have been there and done that. These are people from the Datadogs or the Figmas of the world who might want to write a small check . .  and help the founders and share their knowledge. To bring in that village together from the very beginning and help a technical founder learn how to be a CEO is a fun and challenging endeavor that we like to take on.

TC: A lot of VCs have like flooded into enterprise investing in a more aggressive way. Are you having to write bigger checks, are you able to get the ownership percentage you used to get, and is it harder to maintain your pro rata?

ES: We are getting the target ownership that we’re looking for. We are able to earn our pro rata or super pro rata in a lot of situations. And finally, I would say that it’s been nice, in a way, that a lot of these larger firms are entering the enterprise space because there’s now plenty of funding from smart people for the founders who we back at the very beginning. . .

If you look at the portfolio, I’d say that 75% or more of our companies end up graduating to [up] rounds, and that’s been allowing us to work with new founders who are allowing us to write the checks that we want, because they know that we will spend the time and deliver value to them.

TC:  As these startups close funding rounds, sometimes just a few months after the last, has it become harder to retain employees? Are they hopping around more or less in this market?

ES: Access to capital is not as hard as it used to be, but access to talent is. People will say, ‘Well, you can hire people remotely.’ Well, yes, you can. But that means that now your competition is global.

With all the capital flowing, the biggest challenge for any company in hiring and accessing talent is building that engine and that culture, which are absolutely mission critical in order to build a world-class business. Those are the things that separate companies that scale quickly and companies that don’t. It’s not just the product; you need great people, and you need to think about this from day one. It’s also why it’s so important for us to help founders think about what’s next, what’s six months ahead or 12 months ahead, and help them figure how to build that engine from the start.

Pictured above: the Boldstart team meeting on Zoom.