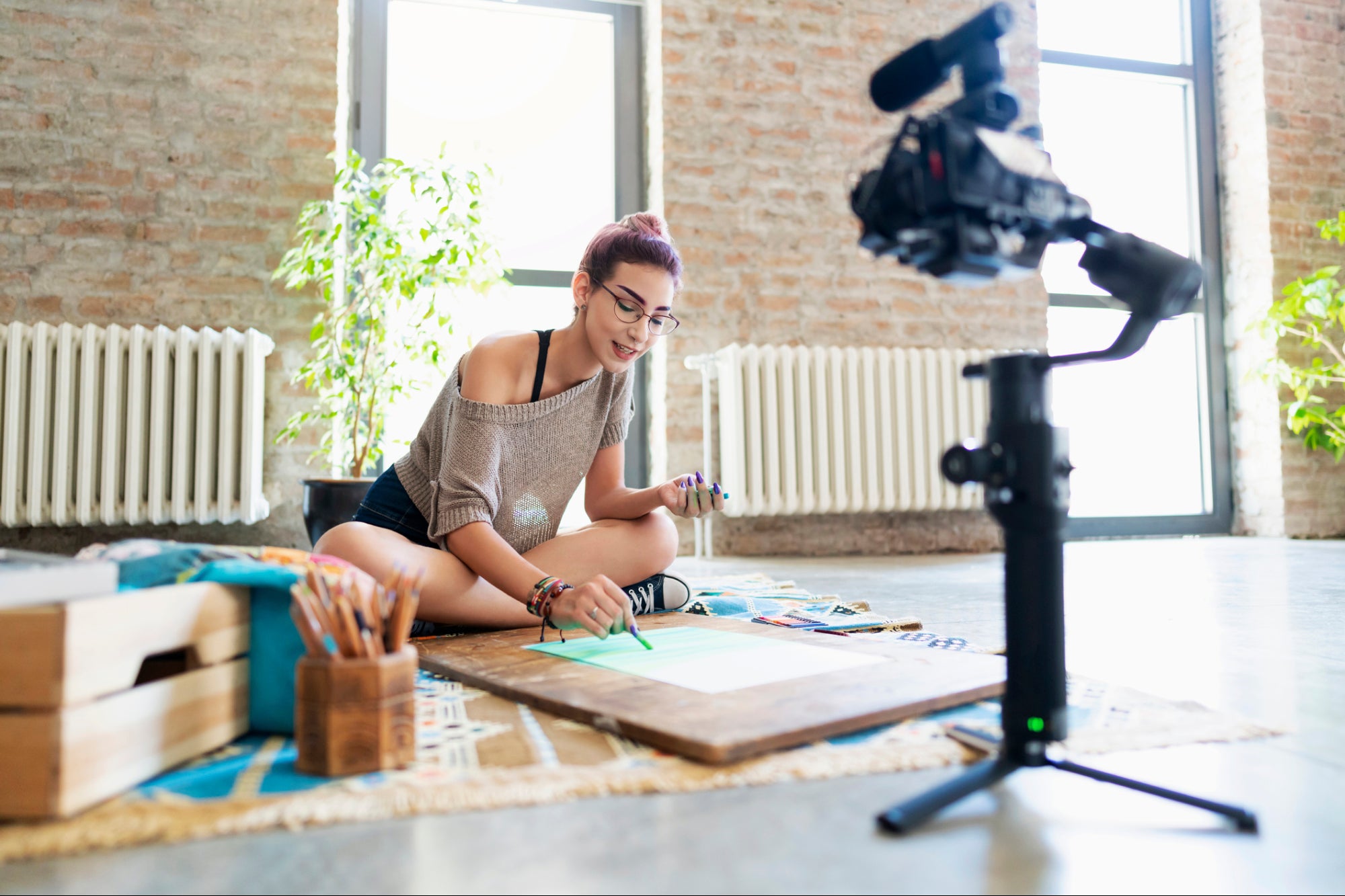 While people have engaged in some form of “side hustles” for centuries, the practice has gained much more prominence over the last two decades. Since the advent of the Internet, millions of 9-to-5 workers have put their extra time and resources toward making money through side hustles. According to a Bankrate survey, nearly half of full-time workers take part in some form of “side hustle” outside of their traditional job.

These activities can range from starting a fashion blog to working as a freelance delivery driver — and everything in between. When my co-founder Sabine and I pivoted Dormzi from being a service-based network to a marketplace powered by young people, our vision was to help students lean into their side hustles. One of the challenges we’ve been seeing since doing so is that many aspiring entrepreneurs believe that they would have to completely drop their 9-to-5 job or schooling to turn their side hustles into thriving businesses. Fortunately, this is frequently not the case. To show how to turn your side hustle into a full-time business, let’s look at a few real-world success stories:

Big businesses that started as side hustles

It’s a common misconception that your side hustle cannot become a successful business unless you dedicate 100% of your time and money to it. While it’s true that you cannot just expect a side hustle to become something more without any effort on your part, you can turn a side hustle into a full-time business without quitting your day job. How exactly can you do this? By regularly funding your side hustle with a portion of your 9-to-5 paycheck.

It sounds too easy to be true, right? The fact is that many side hustles remain side hustles because people don’t put additional funds into them. For example, if you provide writing services, you could pay to develop a website that markets your services and makes you look more professional. Without a website, you’ll likely struggle to gain new clients and turn your side hustle into a long-term business venture.

Related: 50 Ideas for a Lucrative Side Hustle

So, to refute the naysayers, let’s take a look at some entrepreneurs who invested in their side hustles and now run extremely profitable businesses:

Before founding JotForm in 2006, Aytekin Tank worked as a senior web developer for a large Internet media company in New York City. During his five-year tenure, Aytekin Tank was frequently tasked with creating tools with which editors could create unique forms, like surveys. However, Aytekin Tank often found the existing tools on the market wholly insufficient.

Thus, JotForm was born. While Aytekin Tank toiled away at his day job, he spent his free time developing what would become one of the most popular online form builder tools in the world. His work as a senior web developer provided enough additional funds to turn his ideas into a reality. Over time, Aytekin Tank put away a small fraction of his paycheck until he was ready to launch JotForm. Then, he had the funds to hire a team, grow his start-up into a full-time business, and become one of the dominant forces in his niche. Today, JotForm has over 2 million subscribers and counting!

While Andrew Mason working toward a Public Policy Degree at the University of Chicago, he started developing The Point, a platform that introduced the “tipping point” concept of donating funds towards a particular cause. With The Point, users could collectively fundraise in support of a common goal. However, if the goal did not reach a certain number of supporters or a minimum monetary amount, no one would be charged and the goal would be abandoned. This “tipping point” concept would later form the basis of Andrew Mason’s subsequent endeavor, Groupon,  with partners Brad Keywell and Eric Lefkofsky.

Related: 18 Side Hustles That Can Help You Turn a Profit in 2020

Andrew Mason and his partners put a great deal of time and effort into The Point, which proved to be a failed idea, due in part to its lack of focus. However, they found that one aspect of The Point was particularly popular: collective buying power with group deals. Thus, in 2008, Groupon was born.

Andrew Mason worked as a server and a series of other odd jobs to pay his way through college and put aside funds to create The Point. Additionally, he was able to launch The Point with funds from his future Groupon partners. Even once The Point turned out to be a bust, Brad Keywell and Eric Lefkofsky stuck by Andrew’s side. The trio turned their initial failure into a massive success, creating a company that is now valued at more than $2.4 billion!

In the mid-2000s, Eren Bali worked as a freelance web developer based in Turkey. While working for various clients, including the now-defunct Speeddate.com, Bali was putting his extra time and funds toward his own passion project. In 2007, he developed software for a live virtual classroom. He saw a lot of potential in his new creation, so he saved up the funds to move his base of operations to Silicon Valley.

Once in California, Eren Bali met up with Oktay Caglar and Gagan Biyani to found Udemy, an open online course provider. The site launched in 2010 with minimal funding. In fact, Eren Bali and his partners tried and failed 30 times to gain the interest of investors. However, the early success of the platform allowed them to raise $1 million in just a few months. Later, Groupon investors Eric Lefkofsky and Brad Keywell would help raise more capital for the burgeoning company. By early 2020, Udemy was valued at approximately $2 billion!

How to Turn Your Side Hustle into a Full-Time Business

It’s easy to look at success stories and feel that these side-hustlers-turned-business-owners just got lucky. While there is a certain amount of luck involved in every entrepreneurial endeavor, there are actionable steps you can take to turn your side hustle into a successful full-time business. Based on the examples above, you can reverse engineer their experiences to find a process that works for you. So, let’s take notes from successful entrepreneurs like Aytekin Tank, Andrew Mason, and Eren Bali!

Related: Get Access to Kim Perell’s Side Hustle Accelerator for Just $30 for a Limited Time

Find and perfect your idea

In all three examples above, the founders of successful side-hustle businesses had ideas that they put into action. Often times, these ideas combined their existing skills or passions with a gap in the market. For example, let’s say that you are an excellent communicator and have expert knowledge in a particular niche. You could begin consulting for businesses in that niche. From there, you could set aside funds from your job to market and grow your side-hustle consultation services into a full-time business! This brings us to the second important step…

Most people begin side hustles to make money. However, to turn a side hustle into a business, you’ll need some starting capital. As a result, you’ll likely need to dedicate a small portion of your paycheck toward building your side hustle. This may sound counter-intuitive, but it’s actually a sound business strategy.

Think about it; if you quit your job just to focus on your side hustle, you greatly reduce your income and risk putting all of your eggs in one unpredictable basket. Alternatively, if you regularly set aside funds from your job (or your side hustle) to build your business, you’re essentially investing in your future without taking on any additional risk. Over time, this nest egg could be enough to get your business up-and-running. If you still need more capital, you could always look for investors or take out a small business loan to get things moving!

It may seem like an unimportant distinction, but a side hustle becomes a business once you identify it as such. Side hustles are essentially part-time, temporary work to make extra cash; businesses are long-term investments with the potential to grow and create much larger returns. So, once you officially launch your business as an LLC or similar entity, you’ve taken an important step in your transition from side hustler to business owner!

As illustrated in the stories above, side hustles are generally low-risk. You spend a little bit of extra time and money to (hopefully) make more money or develop a unique idea. However, launching a business entails much more risk. When Aytekin Tank formed JotForm, he struggled to pay and manage his ever-growing staff. Andrew Manson’s first business launch, The Point, turned out to be a momentous failure, though it led him to develop a much better and more profitable website. Finally, Eren Bali and his business partners failed dozens of times to secure funding before finally getting the capital they needed to grow their business. In all three examples, these entrepreneurs launched their side-hustle businesses in spite of the inherent risks.

Time to get started

Turning a side hustle into a big business doesn’t mean you need to quit your day job. In fact, a day job has allowed hundreds of entrepreneurs to routinely fund their side hustles, eventually transforming them into full-time businesses. Up-and-coming entrepreneurs sometimes argue that leaving their much-hated nine-to-five jobs to focus on a full-time business will increase their chances of success. While there is validity to the point that you can’t just “set it and forget it,” you don’t need to completely upend your financial life or career to build your business. Instead, routinely fund and dedicate extra time to your side hustle until your ready to launch your business venture.

The Side Hustle Accelerator program developed by our VIP expert Kim Perell is full of amazing content including a hand-picked directory of 100+ Side Hustles you can start today! This step-by-step program was built for anyone ready to start their side hustle. Get started today and take advantage of this huge discount.